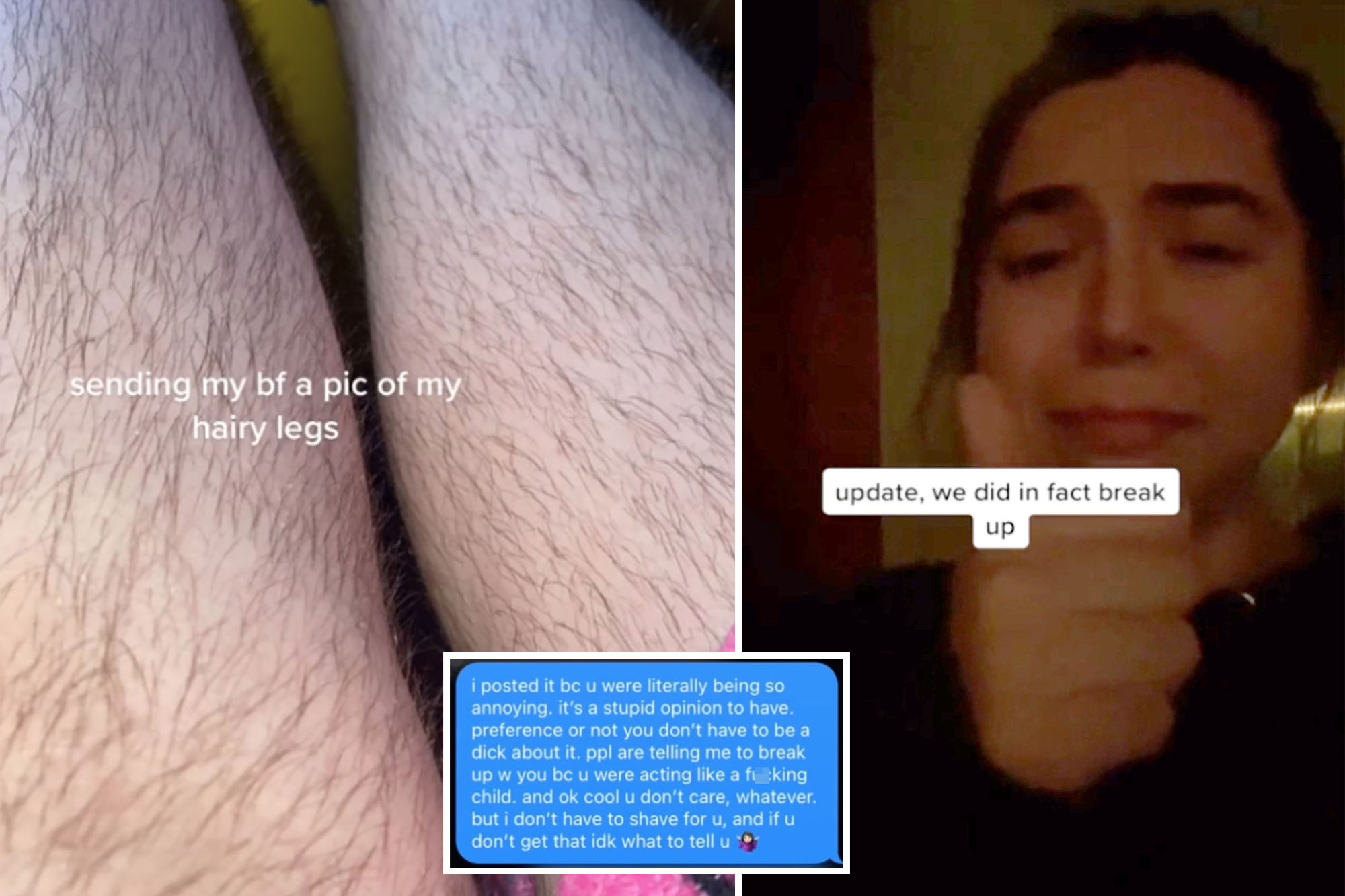 This relationship got a bit hairy.

TikTok user “bonedrymilkers” shared a conversation with her apparently now-ex boyfriend to her 18,000 followers, prompting a supposed public breakup over her unshaved legs.

But was it all for clout?

The first video of the hairy legs debacle, which now has more than 19 million views, shows the TikToker supposedly sending her boyfriend a photo of her hairy legs, saying she hadn’t shaved since Christmas.

“Yeh I’ve noticed lol you should really get on that. It’s kinda gross tbh,” reportedly replied the picky boyfriend in the first clip, which racked up 19 million views.

The TikToker then promised to “do it soon,” but it didn’t seem to appease her man.

“No you should be embarrassed,” he allegedly responded. “It’s just really unhygienic for a female. Plus it’s a total turn off.”

“r u joking (right now),” she replied, adding, “u cannot be serious,” along with a skull emoji, to which he reportedly fired back, “Why are you like this.”

“Yeah talk to me when you shave your legs!” the boyfriend retorted, according to the clip.

A TikToker outed her boyfriend for hating on her hairy legs — but as time went on, it may have been staged.CEN

Viewers, meanwhile, were quick to contribute to the fur-ocious debate.

“The way I would break up with him so fast,” commented one, while others chimed in to say he was “disrespectful.”

But some of the men in the comments weren’t so quick to support the girlfriend, saying they “agree” with the boyfriend that it is a “turn off.”

Plus, in a follow-up video — which topped 3 million views — the infamous BF supposedly claimed he wasn’t “being serious” and learned TikTok users were in agreement with “Bonedrymilkers.”

“Ur reaction was pretty childish and kinda pissed me off,” she said.

The chat supposedly ended with the boyfriend promising to call her, but the TikToker didn’t appear happy as apparently ended on a less-than-smooth note: She tearfully gave a thumbs up to the camera with a caption that read: “Update, we did in fact break up.”

The conversation apparently did not go well between a hairy-legged TikTok user and her boyfriend.CEN

However, in more recent videos, the TikToker alludes to “lying” for attention and likes, addressing the invested viewers by saying it was staged during a livestream on the platform, according to the comments section of her videos.

And while she received a chorus of support from people in the comments, she possibly revealed that the situation might not have been real at all.

She posted a video of herself seemingly fake crying with the caption, “When strangers are mad at me on the internet,” followed by more jokes about “lying.”

Despite claiming she “never lied” about the fight in various captions — perhaps the hairy situation was true — she faced an onslaught of hate in her comments, saying she “used misogyny” for clout.

While the jury might still be out on whether the situation was just a vie at TikTok stardom, seemingly bamboozled viewers vowed to “never believe anything on TikTok.”