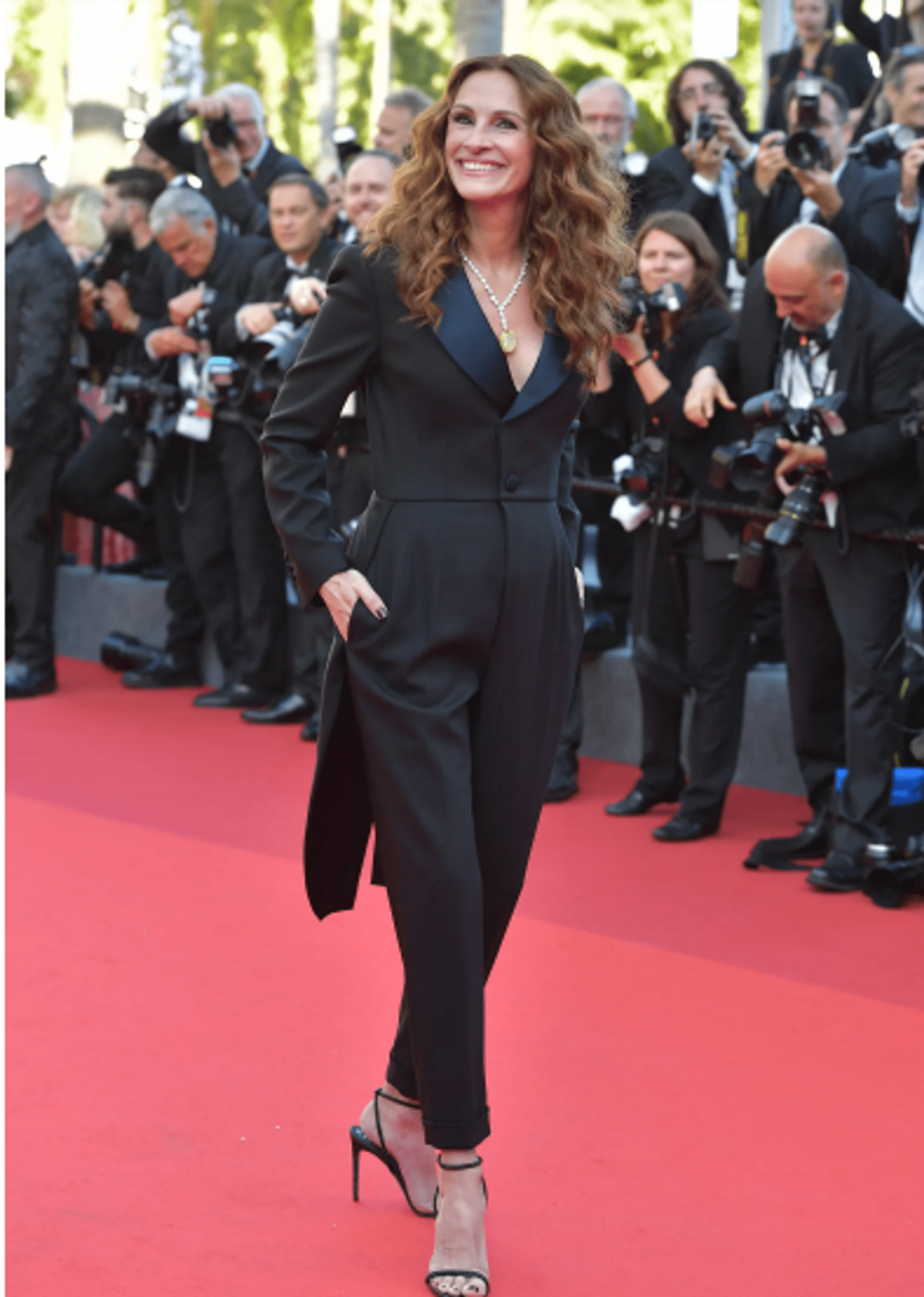 Why Julia Roberts is the leading rebel of the Cannes Film Festival . Few red carpet events are as strictly formal as the Cannes Film Festival. Men are asked to wear a tuxedo, while women are expected to wear dresses and heels. However, when you’re Julia Roberts, those conventions are made to be broken. In 2016, the actress walked the red carpet in a bodycon Armani Privé dress and then lifted her skirt to climb the steps of the Palais des Festivals, and it turned out that she did it barefoot! So this year, Roberts once again decided to bring her unique style to Cannes and break the rules of the red carpet.

At the premiere of Anne Hathaway and Anthony Hopkins’ Armageddon Time, Roberts and her stylist Elizabeth Stewart opted for a stunning Louis Vuitton jumpsuit that played with formal tuxedo tails and lapels. Roberts completed the look with a pair of strappy stiletto sandals and a dazzling Chopard necklace set with a 100-carat yellow diamond. Later in the evening, to show the Chopard Awards to outstanding actors Sheila Atim and Jack Lowden at a star-studded gala dinner, Roberts changed into another timeless wardrobe staple, a classic Dior bar jacket, which she adorned with a sparkling rose-shaped brooch. A fluffy midi skirt and pointy shoes made this outfit trendy and classic at the same time. After all, Roberts has never been afraid to go against the rules in clothing. At her wild wedding to country singer Lyle Lovett in 1993, she was barefoot, and at the premiere of her classic 1999 rom-com Notting Hill, the actress caused a stir by posing in a sleeveless sequined Vivienne Tam dress with unshaven underarms. She’s Julia Roberts, and that says it all.

Kim Kardashian’s boyfriend Pete Davidson is leaving SNL after eight seasons
YFN Lucci Case: Lawyers Filed Emergency Bond Hearing
We use cookies on our website to give you the most relevant experience by remembering your preferences and repeat visits. By clicking “Accept All”, you consent to the use of ALL the cookies. However, you may visit "Cookie Settings" to provide a controlled consent.
Cookie SettingsAccept All
Manage consent