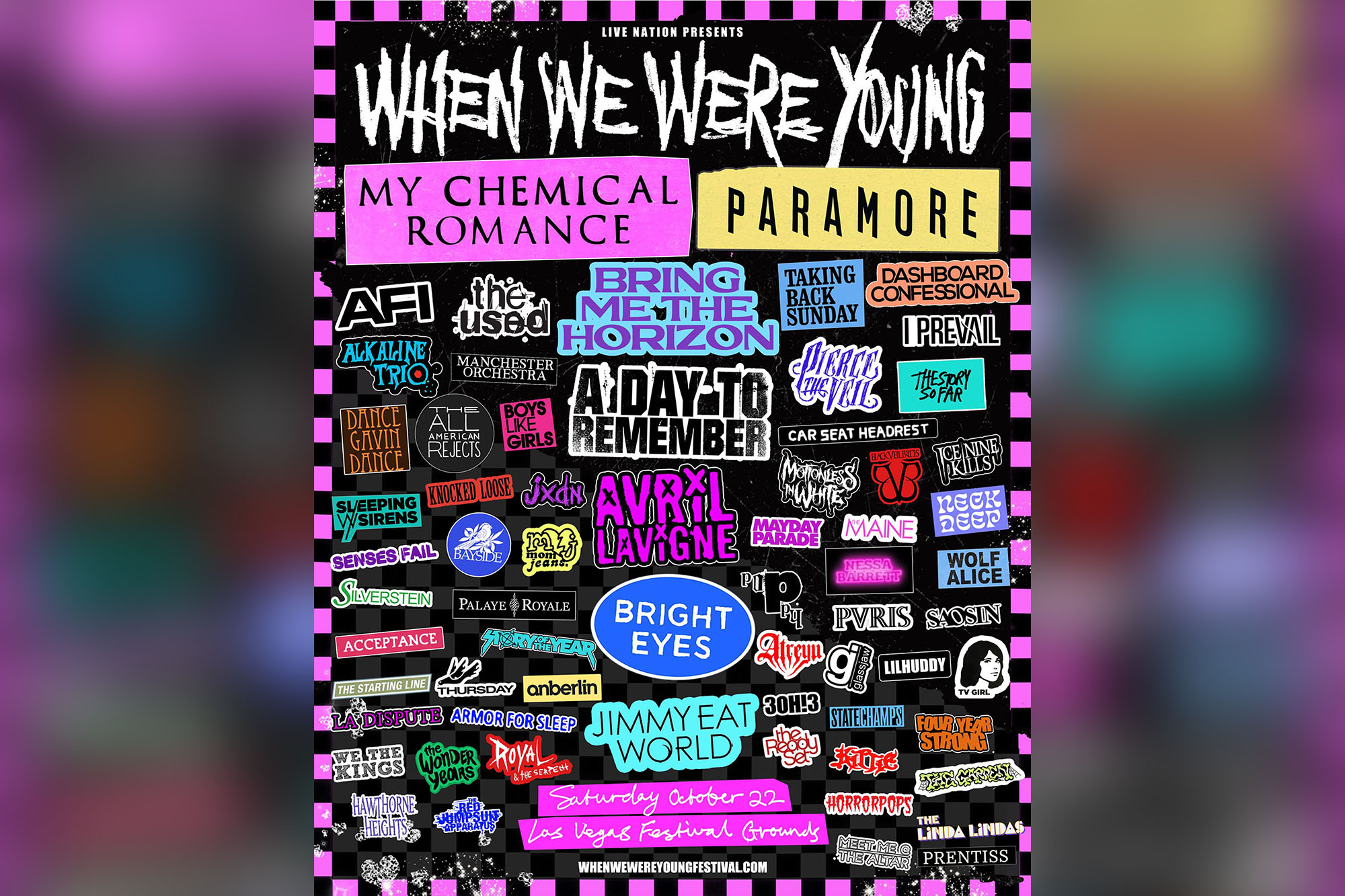 Calling all aging suburban millennials: A time for smudged eyeliner, bobby pins and jet-black hair fringe is again upon us.

Live Nation has announced a celebration of early-aughts nostalgia with the biggest night in rock music since the “Black Parade” descended on Rockefeller Center for the MTV Video Music Awards in 2006.

The When We Were Young festival is going down with some of the most iconic acts in emo and pop-punk music of the last two decades, including My Chemical Romance, Paramore, Dashboard Confessional, Jimmy Eat World, Bright Eyes, Taking Back Sunday, The Used, Alkaline Trio and AFI, to name a few expected to appear at the one-day-only showcase at the Las Vegas Festival Grounds in Nevada on Saturday, Oct. 22.

While the low end grants access to the festival and free water, the “GA+” level at $399.99 adds the benefit of air-conditioned bathrooms (not Port-O-Pottys) and access to the express lane at the entrance. VIP ticket-holders also get access to a private viewing area near the main stage and charging stations for smart devices, along with all the perks mentioned above.

Since Tuesday’s announcement — which has already gone viral with more than 88,000 likes on Twitter alone — now-adult fans on social media have begun the necessary transformation into their angsty, teenage selves.

“Already picked out what I am gonna wear,” one wrote on Twitter, alongside a mood board of signature “suicide girl” threads, such as ripped skinny jeans, a studded bracelet and jet-black Converse Chuck Taylors.

The event is presented by Live Nation and their Texas-based subsidiary C3 Presents — the same combo behind Travis Scott’s Astroworld festival fiasco in Houston, as well as Lollapalooza in Chicago and Austin City Limits Music Festival.