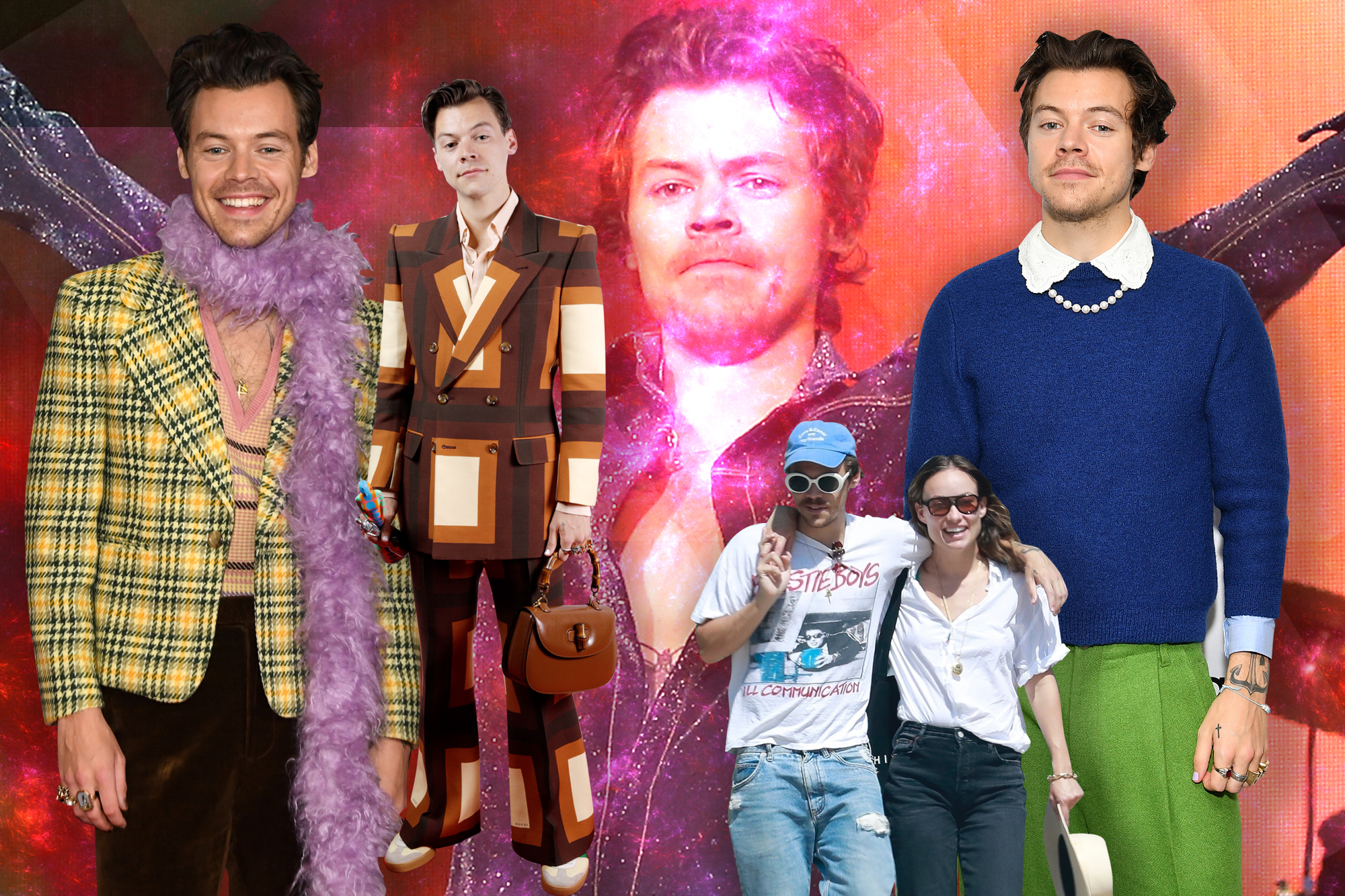 Pop culture icon, former One Directioner and new addition to the Marvel Cinematic Universe as the god of love and sex, Harry Styles is the gift that keeps on giving.

With frenzied fans all over the world and the object of many straight dudes’ budding sexual curiosity, Styles is here to bang out hits and light up our screens like the fabulous divo he was born to be! With a long list of famous exes, a campaign to make tattoos cool as hell and gender-fluid fashion, he likes to live life on the edge.

Let’s take a peek behind the curtain to find out who the real Harry Styles is!

Harry Styles was born on Feb. 1, 1994. This makes him an eccentric Aquarius Sun with a charming Libra Moon. Multiple different birth times are listed online, so we will forego reading for his Ascendant because we cannot confirm it at this time.

Upon the first review of his birth chart, it’s especially clear that Styles is composed of mostly Air elemental energy. Beyond that: Most of it happens to also be in Aquarius, with his Sun, Mercury, Venus and Mars there. That makes him highly intellectual and very focused on independence above all else. He refuses to be put into a box and must always live authentically. He has no interest in following the crowd and has a multitude of fascinations and curiosities — he’s an “idea guy,” deeply intrigued by people and the world. He craves spontaneity and adventure — not for the sake of adrenaline, but more so due to a desire to learn and open up his mind.

His Aquarius energy makes him especially open-minded, that is until he forms a very clear perspective of the world and settles upon it. Changing his mind could be a bit challenging, as he can be stubborn in his opinions and demand his own sense of authority be seen and respected. However, while that doesn’t ultimately mean he’s controlling, it does show that he likes to get his way. Freedom to live and do what he wants is deeply important to him.

Lastly, note that his Moon in Libra does show that he has a romantic side to him and he deeply focuses on partnerships. He feels most fulfilled when working or connecting with others — which can aid him both socially and intimately.

Harry Styles is a born rebel

One of the most notable things about Styles is that he is an icon — yes, for his talent, but also because of his sense of eccentricity that breaks the mold. Whereas other men wouldn’t be caught dead in the fashion he wears, he does so because he craves to live life vividly. Styles is a rebel — and that is what feeds his fame and notoriety. Hungry to explore and seek freedom, Styles likes to live with a progressive flair that helps him to adapt and transform his image. That recreation is a part of his career strategy and will continue to be evermore.

Also, when it comes to his compatibility, with such a strong amount of Air energy in his birth chart, he’d do especially well in business or love with someone who has a lot of Air or Fire in their charts. That would feed him, in a sense bringing more passion and excitement to the rapport. Styles doesn’t want to get so bogged down in emotions or the mundane technicalities of life — no, that’s never going to work for him. He is like a mighty breeze soaring over the mountaintops or the sea, twisting and turning, not wanting to come down to Earth.

Harry Styles is just starting to step into his power

Good news, Stylers (and isn’t it bizarre every fan community comes up with some weird names for themselves?): The best is yet to come from your Aquarian King in the decades ahead!

First and most importantly, with Styles being an Aquarius, 2021 is one of the most important periods of his entire life! He will have at least one major planet in his zodiac sign, giving him greater power and opportunities to truly express and recreate himself for decades to come. Jupiter and Saturn have hovered in his sign all of 2021, helping him to set up the themes he will build toward in the coming decade — and 30 years — ahead.

In 2023, powerhouse Pluto will enter his zodiac sign for an extended period, helping him to further establish dominance. His professional life is the area most enhanced in his chart, admittedly, but that doesn’t mean he won’t have plenty of time for love, romance and, yes, even children later in the decade if he is so inclined. He will experience his Saturn Return from 2023 until 2026, which could bring some tough choices and turning points — but we all go through major cycles that help us to mature.

Harry Styles went shirtless while also rocking a black leather ensemble and a green boa at the 2021 Grammy Awards in March.Getty Images

Last to note will be powerful eclipses in 2022 and 2023 that skyrocket his career into vast new directions. There’s also a high likelihood he could be moving around a bit until at the very least 2026.

As you can see, the stars truly are in his favor. Keep soaring, King!

Kyle Thomas is a globally recognized pop culture astrologer who has been featured in Cosmopolitan Magazine, ABC Television, Hulu, Bustle, Elite Daily, House Beautiful, Marie Claire, YahooNews, MSN and more. He is known for his cosmic guidance for celebrities, business executives and prominent influencers. His work harnesses the power of the stars in regards to entertainment lifestyle and trends affecting people worldwide. For more information, visit KyleThomasAstrology.com.

How to get the world’s only caviar-DNA-infused $1,000 facial
Semi-nude women advertise funeral service in ‘tasteless’ video
Comment