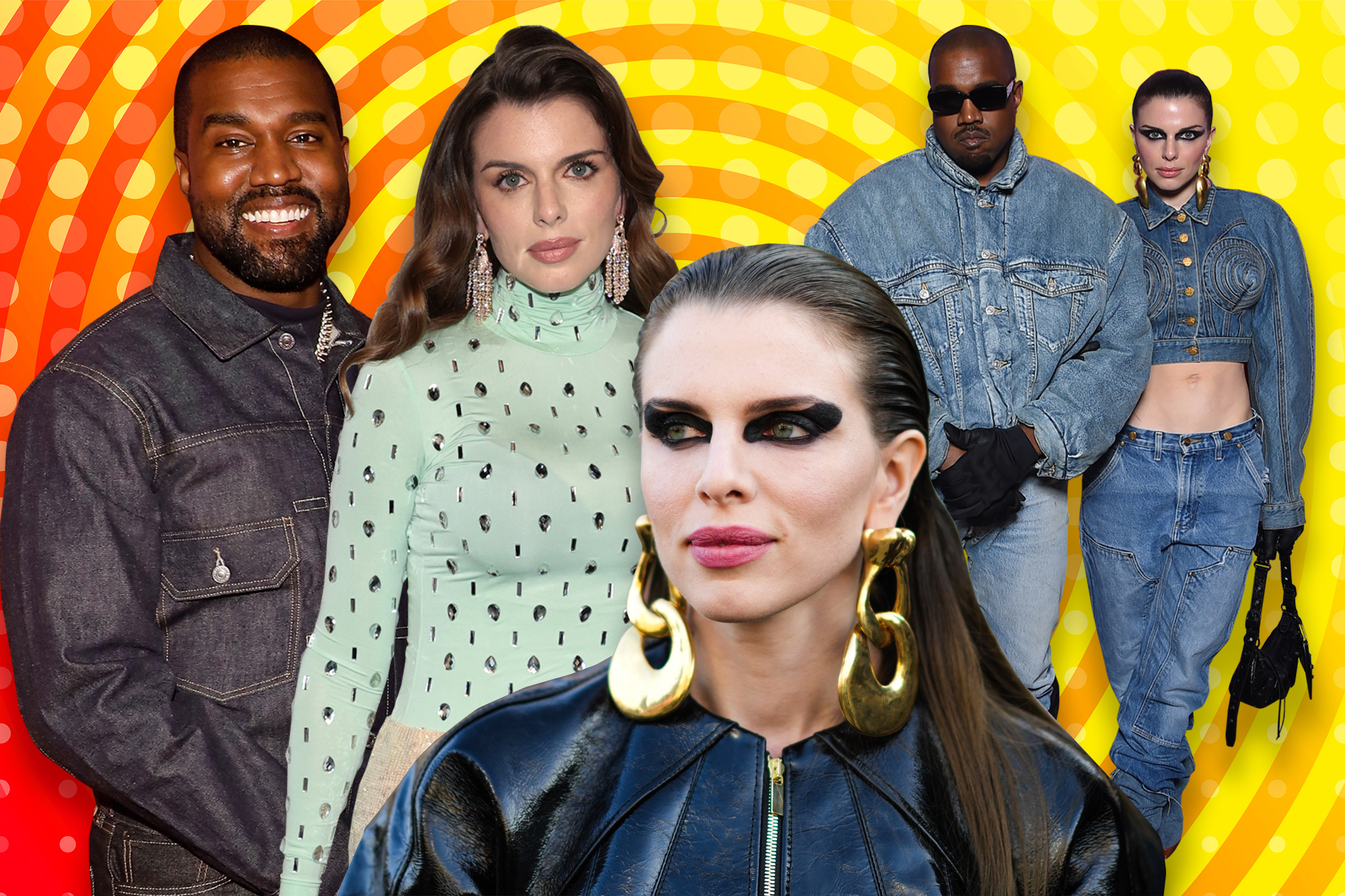 In addition to space travel, electricity and emotional aloofness, Aquarius is the domain of charismatic cult leaders, incognito aliens and true visionaries. These folks require diverse outlets for their prodigious ideas and grand schemes — and Fox is no exception.

This multidisciplinary approach to work and art is mirrored by Fox’s partner in tongue-touching and denim-wearing — ladies and gentlemen, Kanye West. Both Fox and West are air signs, an elemental commonality that lends itself to intellectual fellowship and creative collaboration. Aquarians like Fox not only tolerate but celebrate the weird, making her a bonafide fit for Gemini extremist and oft off-the-rails Ye. As an insider reveals, “They’re kind of kindred spirits and it’s cool to watch.”

Aquarians are famous for developing public personas as a private defense. As Fox related to the Huffington Post, “I don’t really care about being seen. I want the things that I create to outshine the person that I am perceived to be, which I think is often not accurate and not really representative of who I am.” While Fox’s masks may be metaphorical, her man prefers a more literal approach.

Aquarians tend to intellectualize emotion, feelings being a remote planet they orbit but never really inhabit. Consequently, disassociation is the preferred modality of Aquarius. As Fox explained to Interview Magazine, “Now I think I really found what I love to do because mostly I just love disassociating. That’s what I love about acting. You can let loose and be somebody else and pop out for a little bit.”

Aloof aliens, Aquarians like Fox prefer to intellectualize emotion and turn their tears into hydropower. FilmMagic

Because Aquarius has two planetary rulers — strict Saturn and wild, out Uranus — water bearers are inherently aware of boundaries, creating, pushing and protecting them. Unafraid to shoot straight or talk smack, Fox recently took to social media to charge her ex and co-parent Peter Artemiev with reportedly being a “dead beat alcoholic drug addict dad.” She later recanted her statement and apologized to Artemiev.

Before Artemiev, Fox was tangled up with the allegedly abusive Teddy Perweiler, owner and manager of the insufferably named NYC club Happy Ending. When her charges against him were dropped, she was similarly outspoken, releasing a statement that was both brutally honest and surprisingly encouraging: “Everyone deserves a second chance at life. I don’t hate him. I just wish he didn’t treat me like garbage for so long. I wish him all the best, and I hope he can get the help he needs to deal with his inner demons.”

With a mess — or, technically, a stellium — of planets in Capricorn, Fox has the mark of the strategic opportunist. Capricorn energy drives natives onward and upward. There’s a tactical approach within this stellium that allows Fox to view relationships as opportunities for personal growth and professional ascension. Previously linked to Drake, Fox recognizes the chaotic come-up that is Kanye and likely welcomes — or is at least willing to withstand — his antics, unsolicited fashion advice and makeup application. And while Kanye has an illustrious history of styling the women in his life, given the tactical nature of Capricorn, it’s likely that Fox’s aesthetic transformation is more of a collaboration than a full-on aesthetic Svengali takeover.

West and Fox are hell-bent for leather and well matched for one another. GC Images

Practical, with an eye towards asset acquisition, it’s easy for those with serious Capricorn placement to demystify sex as a transcendental experience and view it instead as a transactional means to an end. This practicality coupled with Aquairuan objectivity likely influenced Fox’s teenage decision to pursue a career as a dominatrix. Again, the energy is about opportunity and access — and holding the whip to powerful men provides it. As Fox explained in 2020, “There was no sex and no nudity. It was all role-playing, and I was like, ‘I can do that. I can act. I can put on an outfit,’ you know? I did it, and it was great … Suddenly I could get my own apartment, pay all my own bills.”

In addition to being lucrative, Capricorn energy is dry, direct and in no way meant to be messed with. Cue Fox’s dismissal of Libbi Mugrabi during Paris Fashion Week and public calling-out of artist and alleged “pervert” Chuck Close.

Moon in Taurus, homebody at heart

In astrology, the moon represents our emotional interiority, our instincts and what we need to feel safe. Fox has a comfort-seeking, expensive habit-harboring Taurus moon. Homebodies at heart, these people are content to stay in so long as the interiors are plush and the snacks are first-rate. They also like stuff — really nice stuff. Fox named her firstborn after a designer label, y’all.

In terms of seducing these folks, sensual and materialistic pleasures are the move. It appears Ye got the memo. On their second date, later profiled by Fox for Interview Magazine, he took Fox to dinner at Italian mainstay Carbone and then reportedly filled an entire suite at the Pendry Manhattan West with $100,000 worth of Diesel clothing for her. Carbohydrates and couture? Pure Taurus playbook. Critics may call West love-bombing; I call it a sure-fire way to win the heart of a bull moon.

Star-born and star-bound, whatever the future holds for Fox, we trust she’ll ride her winged eyeliner and ambitious, denim shoulder pads straight to the top.