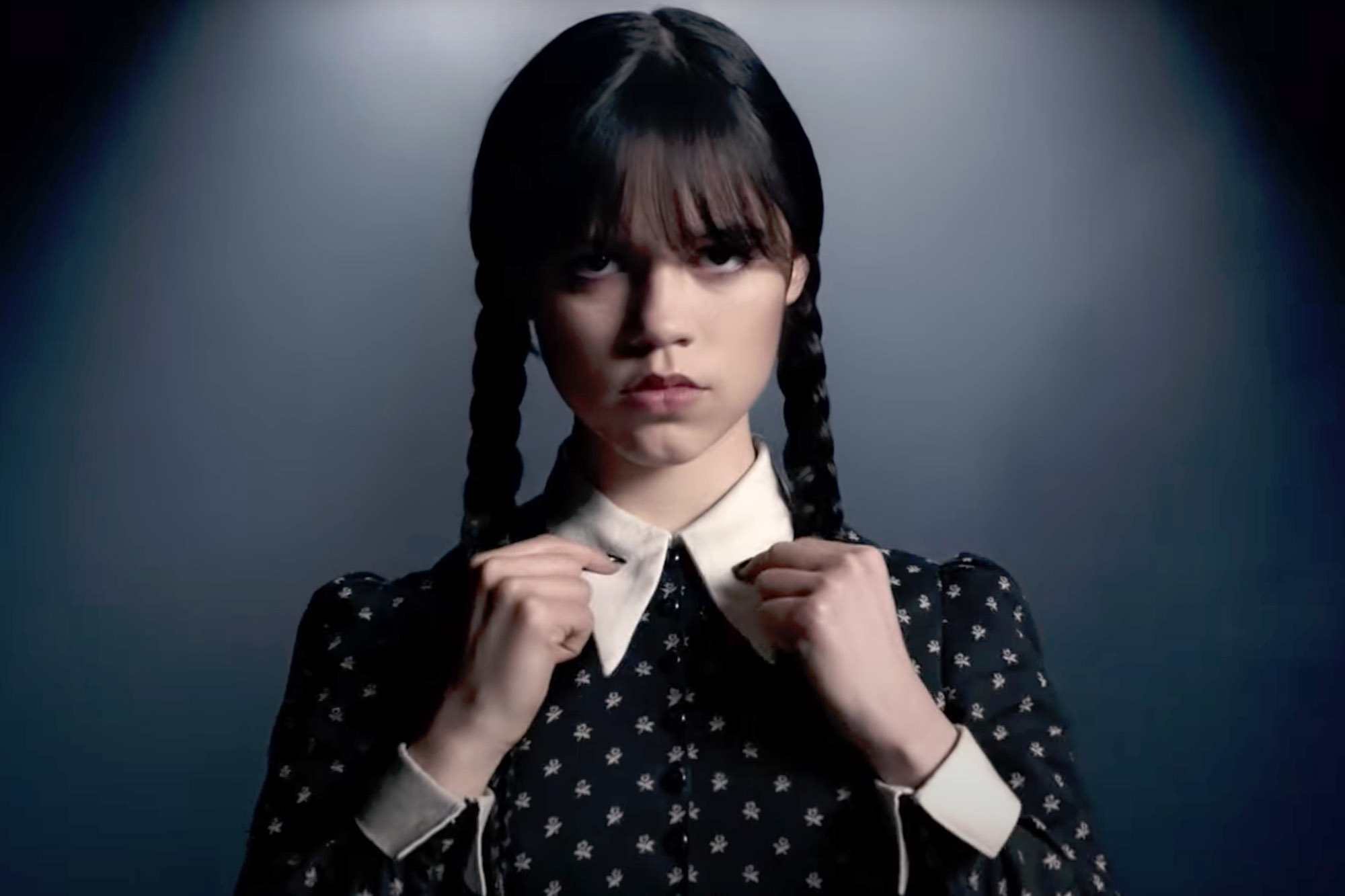 Wednesday Addams is looking a little different these days.

“Netflix woefully presents a twisted new series from the mind of Tim Burton,” text in the trailer reads, noting that the show would be “coming soon” to the streamer.

Ortega’s take on the only daughter of the iconic macabre fam appears as a stern, cold-faced teen. However, her outfit is more pop-punk than goth and her dark makeup and braids both have a modern flair.

Thing — the ominous severed hand in the Addams family mansion — also makes an appearance in the trailer alongside the 19-year-old “Scream 5” star.

The footage features Wednesday snapping her fingers and twirling her jet-black hair into braids as the hand rests on her shoulder.

She also sports ink-colored lipstick and a black polka-dot dress. A release date has yet to be set for the coming-of-age horror series.

The new series will follow the teen during her years at Nevermore Academy as she tries to control her psychic powers.

She also encounters a serial killer who is terrorizing the local town, and the show will chronicle her attempts to uncover a supernatural mystery that involved her parents Gomez and Morticia Addams 25 years ago.

Ortega darkens the streaming screen as Wednesday Addams in the new Netflix series of the same name.Netflix

Christina Ricci will also make an appearance in the new show, having famously portrayed Wednesday in the 1991 Barry Sonnenfeld-directed comedy “The Addams Family.”

Ricci, 42, praised Ortega’s iteration of the character in April during a panel at Pittsburgh, Pennsylvania’s Steel City Con.

The “Pan Am” star noted, “I just finished it two weeks ago, and it was great. It was great working with Tim [Burton], and Jenna is amazing. I think people are going to absolutely love her as Wednesday.”

She then stated that Christie, 43, of “Game of Thrones” fame is “incredible,” also adding that “all the kids in it are really fantastic, so I think it’s gonna be great.”

NeNe Leakes Addresses Important Issues About Racists
The surprising true origin of Paddington Bear
We use cookies on our website to give you the most relevant experience by remembering your preferences and repeat visits. By clicking “Accept All”, you consent to the use of ALL the cookies. However, you may visit "Cookie Settings" to provide a controlled consent.
Cookie SettingsAccept All
Manage consent