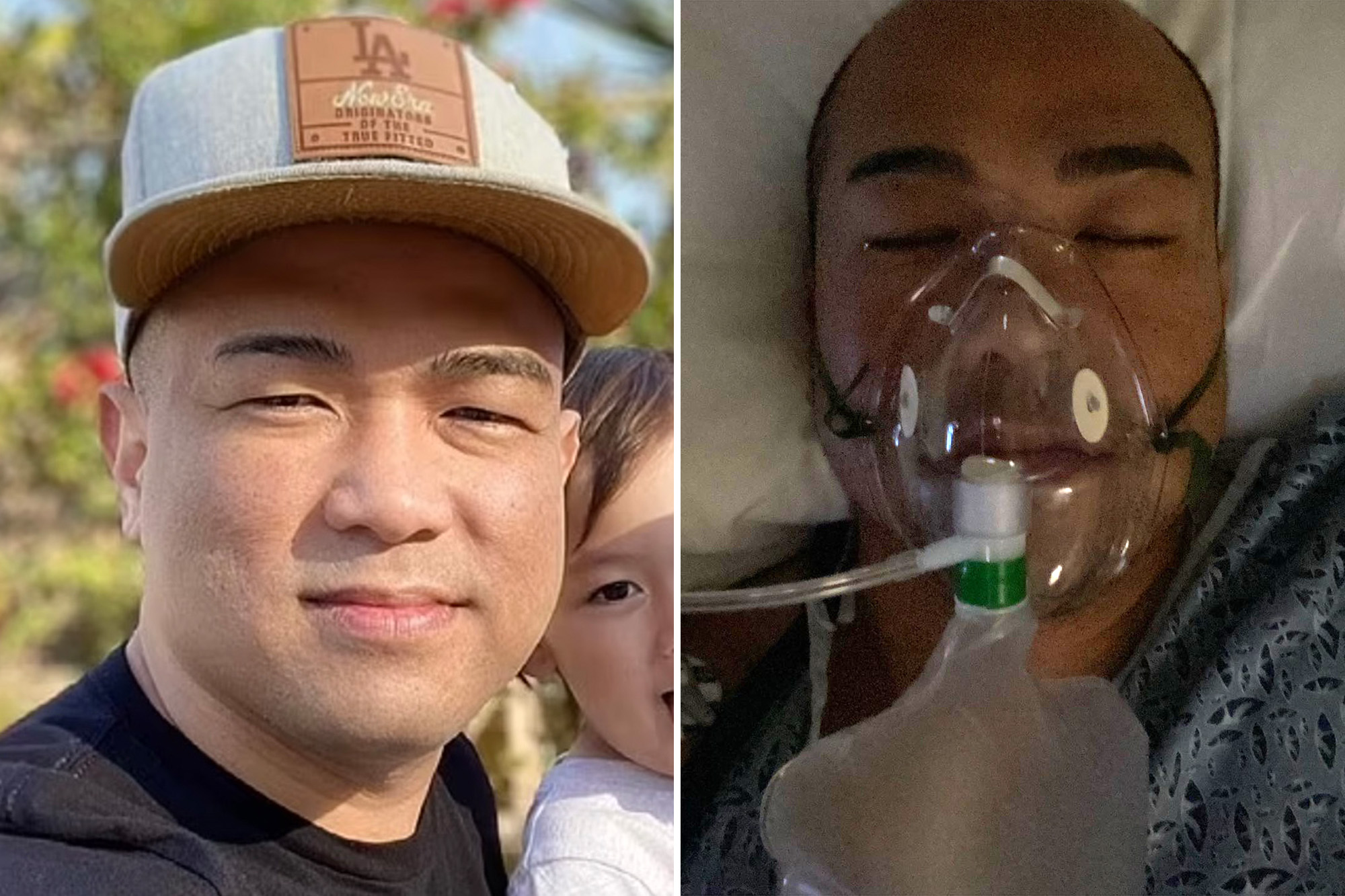 Unvaccinated comedian Christian Cabrera has died from COVID-19 at the age of 40 — just two days after texting his brother and revealing his regret at not getting the shots.

Cabrera — who has left behind a wife and a 3-year-old son — succumbed to the coronavirus at a California hospital on Jan. 22 after the disease developed into pneumonia.

The funnyman was best known by his stage name “Chinese Best Friend” and boasted more than 115,000 followers on Instagram.

Before his tragic passing, Cabrera took to the social media site to update fans on his COVID battle, sharing a selfie that showed him lying in a hospital bed with an oxygen mask over his face.

“Been here almost a week in ICU now not breathing on my own with Covid pneumonia infection on both lungs,” he captioned the poignant post on Jan. 13.

“This has to be the worst pain I ever had in my life! Thanks for all the love and prayers everyone! I can hear all ya prayers on my sleep! Thank you and hope to see ya all soon!”

Cabrera leaves behind his wife and their 3-year-old son Noel (pictured).Instagram/@chinesebestfriend

While Cabrera made no mention of his vaccine status in the public post, his brother, Jino, told KTLA that the comedian “was skeptical of the science” behind the vaccines, and decided not to be jabbed.

Jino claimed that the funnyman texted him two days before his death, saying he wished he had listened to health officials, who have been pleading with the public to get inoculated.

“I can’t breathe again,” Cabrera’s text message to his brother reportedly read. “I really regret not getting my vaccine, if I can do it all over again I would do it in a heartbeat to save my life. I’m fighting for my life here and I wish I have gotten vaccinated.”

Cabrera is pictured with his wife, who has not spoken publicly about the comedian’s tragic death. According to Cabrera’s brother, Jino, the funnyman was skeptical about COVID vaccines and decided not to receive them.Instagram/@chinesebestfriend

Jino has now started a GoFundMe page to raise money for his brother’s young widow and their toddler son, Noel.

“He touched so many people’s lives because he was a very loving, kind, generous, caring person with a beautiful heart and soul,” Jino wrote on the fund-raiser page. “Christian was always the one to make people laugh and bring joy into a lot of peoples’ lives.”

Despite California’s reputation as a liberal bastion, less than three-quarters of the state’s residents are fully vaccinated against COVID-19.

According to official data, just 68.8% of eligible Californians have received the jabs. That number is only slightly higher than the national average, which currently stands at 63.9%.

Apple Music trolls Spotify by boosting Neil Young’s music: ‘We Love Neil’
Chris Brown Responds After Being Sued By A Woman Who Alleges That He Raped Her
Comment