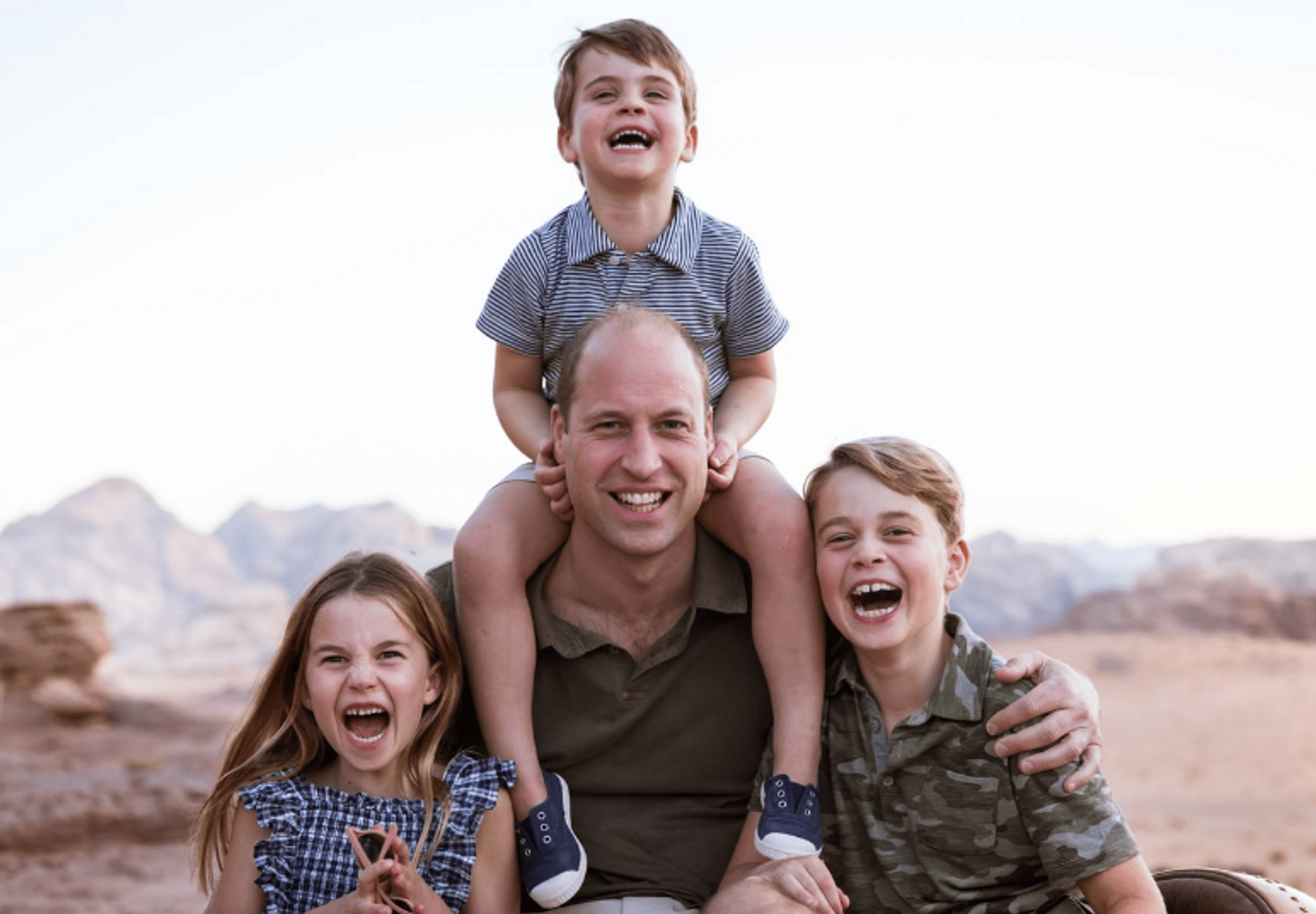 Kensington Palace has unveiled a new portrait of Prince William with their three children, Prince George , Princess Charlotte, and Prince Louis. It is reported by the Daily Mail. The publication is dedicated to Father’s Day, which is celebrated this year on June 19.

Unlike many other portraits of members of the family of the Dukes of Cambridge, the picture was not taken by Kate Middleton but by a professional photographer whose name is not called. Prince William and the children were captured while on holiday in Jordan in the fall of 2021. Although the exact location of the photo shoot is not known, the media suggest that the shooting took place in Petra, an ancient city that is now an architectural and historical monument popular with tourists visiting Jordan.

A portrait of the Dukes of Cambridge, taken in the same area, served as the basis for a Christmas card in December 2021, which was sent out on behalf of the British royal family. However, that picture was more formal, while the current one presents the public with an informal, relaxed image of the grandson of Elizabeth II. Earlier it was reported that Kate Middleton wore a pink suit to a meeting with ministers. Kate Middleton arrived at the Royal Institution in London this morning to meet British Health Minister Sajid Javid, Family Minister Will Quince, and other officials from the Ministry of Education, the Ministry of Health and Welfare. For this important occasion, the 40-year-old duchess opted for the perfect business look: an Alexander McQueen single-breasted pink blazer, matching trousers, and a white fine jersey top. Kate completed her stunningly sophisticated look with a dazzling set of jewelry, wearing a pair of Mappin & Webb Empress diamond square earrings and a white gold Empress Mini pendant necklace set with diamonds.

Kylie Jenner showed how cozy Travis Scott is spending time with their two children
Elizabeth II shared a touching photo with King George VI on Father’s Day
We use cookies on our website to give you the most relevant experience by remembering your preferences and repeat visits. By clicking “Accept All”, you consent to the use of ALL the cookies. However, you may visit "Cookie Settings" to provide a controlled consent.
Cookie SettingsAccept All
Manage consent