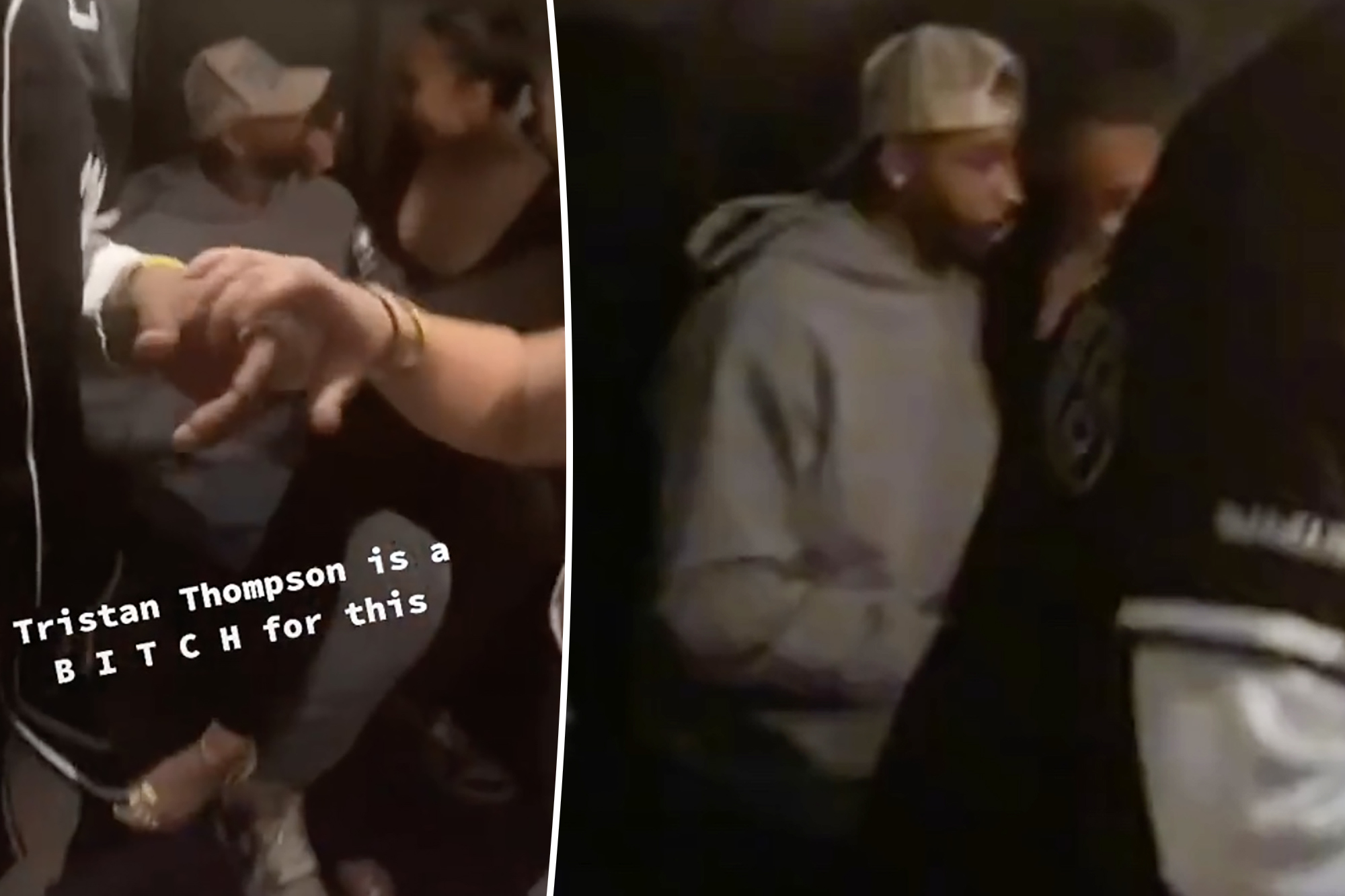 Tristan Thompson appears to be enjoying the single life despite his latest paternity scandal.

The NBA player, 30, was spotted hanging out with a female companion at a bar in Milwaukee last week, according to a TikTok user who captured the cozy moment.

In the clip, a mystery brunette dressed in all black can be seen sitting on Thompson’s lap.

“Saw it with my own two eyes. Zero respect for this trash,” the TikTok user wrote in the caption, using the hashtag “#khloekardashian.”

The TikToker, whose real name is Tricia Caracoza, explained in a separate video that Thompson hit up the bar after his team, the Sacramento Kings, played the Milwaukee Bucks.

She claimed the athlete became suspicious of her recording him and allegedly said, “No videos, please.”

Thompson allegedly got upset when he noticed bar-goers taking videos of him.Tiktok/triciacaracoza

“I wonder why he didn’t want any videos taken of him,” Caracoza said. “Could it be because he just publicly apologized to Khloé Kardashian for having a baby on her while they were trying to work out their relationship and potentially get back together?”

She continued, “That’s exactly why. Tristan Thompson is a dog.”

Kardashian, 37, has not commented on the sighting and her rep did not immediately return Page Six’s request for comment.

However, the former couple have been broken up for some time.

Kardashian and Thompson dated on and off since 2016.Getty Images for Remy Martin

Page Six broke the news last June that the reality star and basketball player split after Instagram model Sydney Chase claimed Thompson cheated with her. He adamantly denied those allegations.

Then a separate woman named Maralee Nichols filed a paternity lawsuit against Thompson, claiming he fathered her child and tried to get her to have an abortion.

Thompson initially denied the allegations, but later issued an apology after the paternity results proved he did conceive Nichols’ son while he was still dating Kardashian.

Nichols has claimed she and Thompson had a five-month affair. Instagram/ Maralee Nichols

A source told Page Six that Kardashian, who shares 3-year-old daughter True with Thompson, was “taking the high road” and “decided not to respond back publicly, but privately she let him know she appreciated the message.”