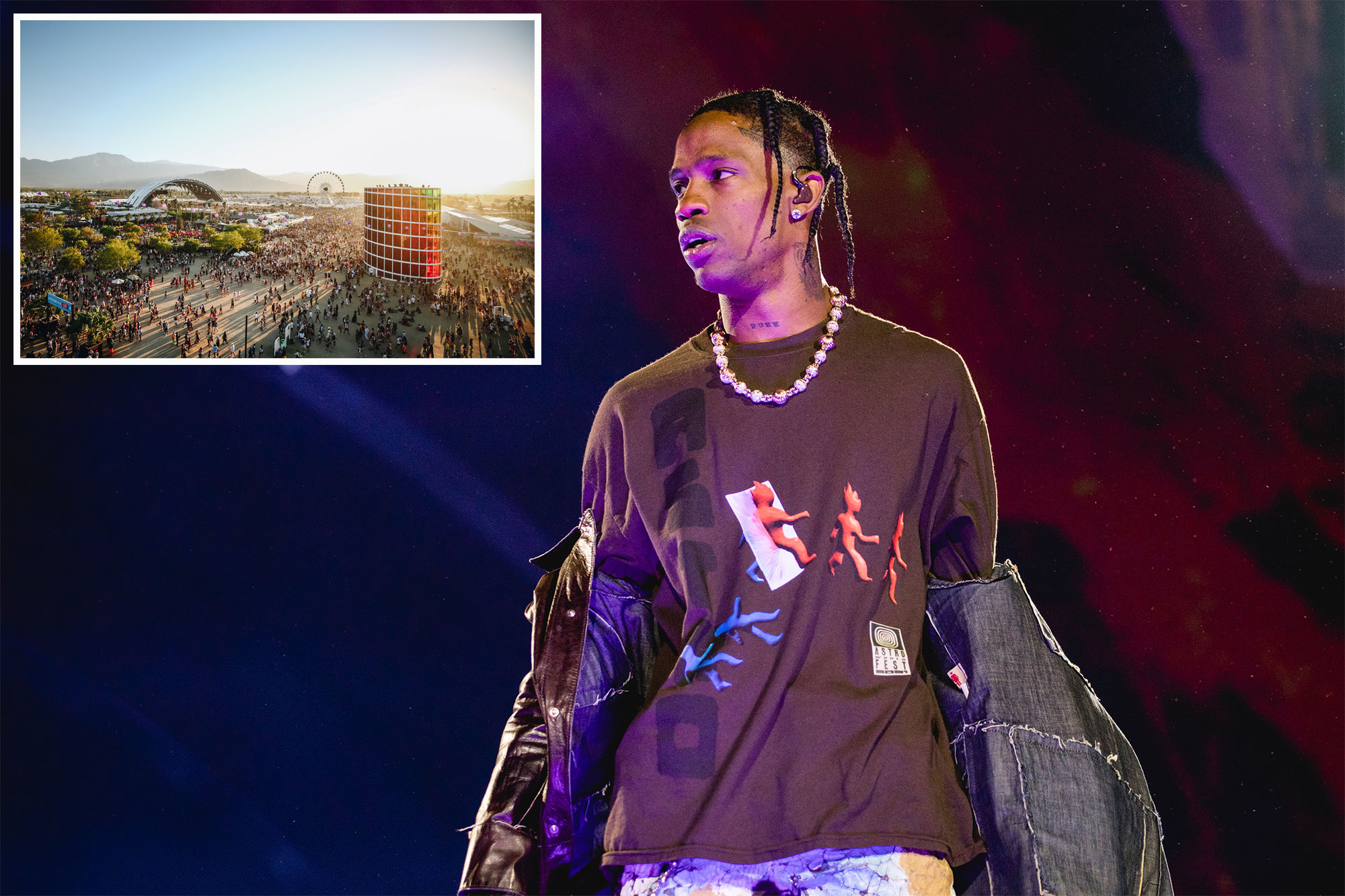 Tens of thousands of Travis Scott fans had signed a petition calling for the rapper to headline Coachella next year or make a guest appearance with Kanye West at this April’s festival, after promoters pulled his slot following his deadly Astroworld set last year.

“Book Travis for 2023 or have Ye bring him out!,” the petition read. TMZ reported Wednesday afternoon that 70,000 people had signed the three-day-old online appeal for the rapper, although the number of signatures visible at press time was significantly less.

“After Coachella unfairly removed Travis Scott for Harry Styles, they need to do the right thing and rebook him immediately. Coachella switched Travis and Frank for Harry Styles and Billie Eilish? What kind of message does that send? Fans are demanding refunds and selling their tickets. Coachella needs to fix this asap,” it read.

Scott was scheduled to headline Coachella in 2020 and 2021, but the festival was canceled due to COVID.Getty Images for Coachella / Rich Fury

An ambulance is seen in the crowd during the Astroworld Music Festival where 10 people died.TWITTER @ONACASELLA via REUTERS

Scott, who had been accused of inciting chaos at past concerts, continued to perform as eight people were killed and hundreds injured during November’s Astroworld stampede. “Anytime I could make out, you know, anything that’s going on, you know I stop the show and, you know, help them get the help they need,” he said on Instagram the day after the disaster.

“I could just never imagine the severity of the situation,” the “Antidote” rapper said.

Scott was scheduled to headline the 2020 and 2021 Coachella festivals in California with Rage Against The Machine and Frank Ocean. Both events were canceled due to the COVID-19 pandemic.

“We all know Astroworld tragedy wasn’t Travis fault. Let him get back to performing on the biggest stages!,” the petition calling for his return demanded.

Inside Janet Jackson’s scandalous marriage to James DeBarge
Spotify sides with Joe Rogan, removes Neil Young’s music
We use cookies on our website to give you the most relevant experience by remembering your preferences and repeat visits. By clicking “Accept All”, you consent to the use of ALL the cookies. However, you may visit "Cookie Settings" to provide a controlled consent.
Cookie SettingsAccept All
Manage consent