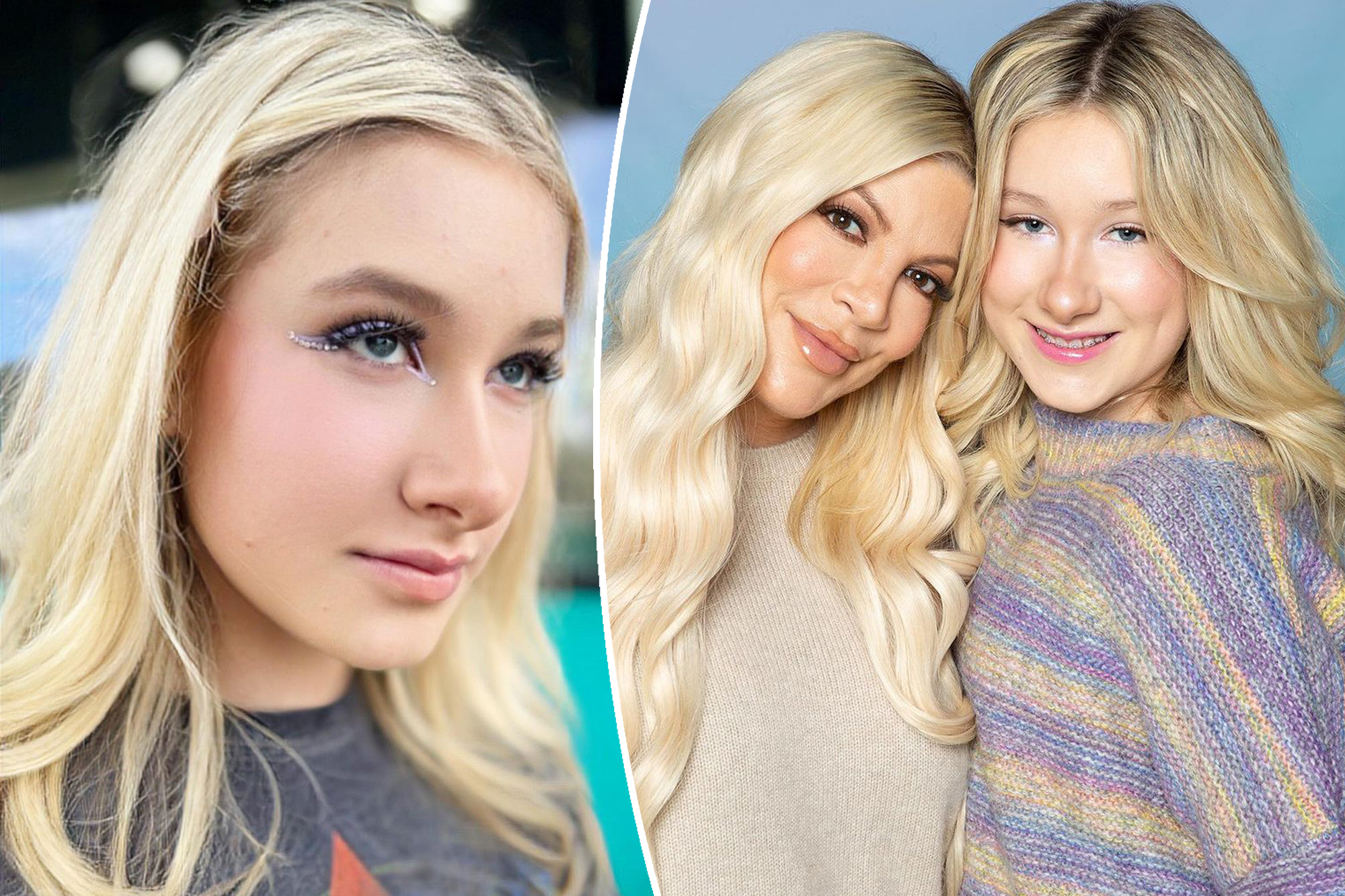 Tori Spelling wished her daughter a happy 14th birthday on Instagram Friday, sharing a carousel of photos that showed off the teen’s colorful, creative beauty looks.

“Happy Birthday to my first born girlie Buggy! Can’t believe you are 14,” Spelling, 49, began her caption.

“My Jill of all trades. The most creative human I know,” the actress continued, adding, “Your makeup, baking, crocheting, and crafting skills impress me to no end!!”

In the snaps, Stella is seen rocking winged lavender eyeliner accented with sparkling crystals, as well as a similar look in lime green.

Other highlights included a classic cat eye paired with a nude lip and a painterly hot pink look with hearts circling both of the teen’s eyes.

Stella McDermott would fit right in with the “Euphoria” cast.torispelling/Instagram

The budding makeup maestro has shared her creations on her own Instagram page in the past, including a “masquerade ball look with a scary twist” for Halloween 2021 and the Valentine’s Day look her mother included in her post.

Stella described this look as “farm girl glam” on Instagram.torispelling/Instagram

The teen graduated from middle school this week — and as Spelling noted on social media, it wasn’t a walk in the park.

“So proud of how hard she fought to graduate amongst bullying, COVID, adversity, migraines, severe anxiety, and sadly teachers and counselors who didn’t believe she could do it all in time to graduate,” Spelling wrote, adding that her daughter “proved them all wrong.”

She went big for Valentine’s Day.torispelling/Instagram

Divorce rumors have plagued the couple in recent months, and 55-year-old McDermott was spotted without his wedding ring in November. While Spelling often shares photos of her kids, her husband is rarely included — and he’s MIA in the trailer for her new show, “@Home with Tori.”

Despite the speculation, the two have shot down rumors of a potential split, and the former “Chopped Canada” host posted a tribute to his wife on International Women’s Day this year.

Is Machine Gun Kelly’s earring filled with Megan Fox’s blood?
Cher and Donatella Versace launch the Chersace collection
We use cookies on our website to give you the most relevant experience by remembering your preferences and repeat visits. By clicking “Accept All”, you consent to the use of ALL the cookies. However, you may visit "Cookie Settings" to provide a controlled consent.
Cookie SettingsAccept All
Manage consent