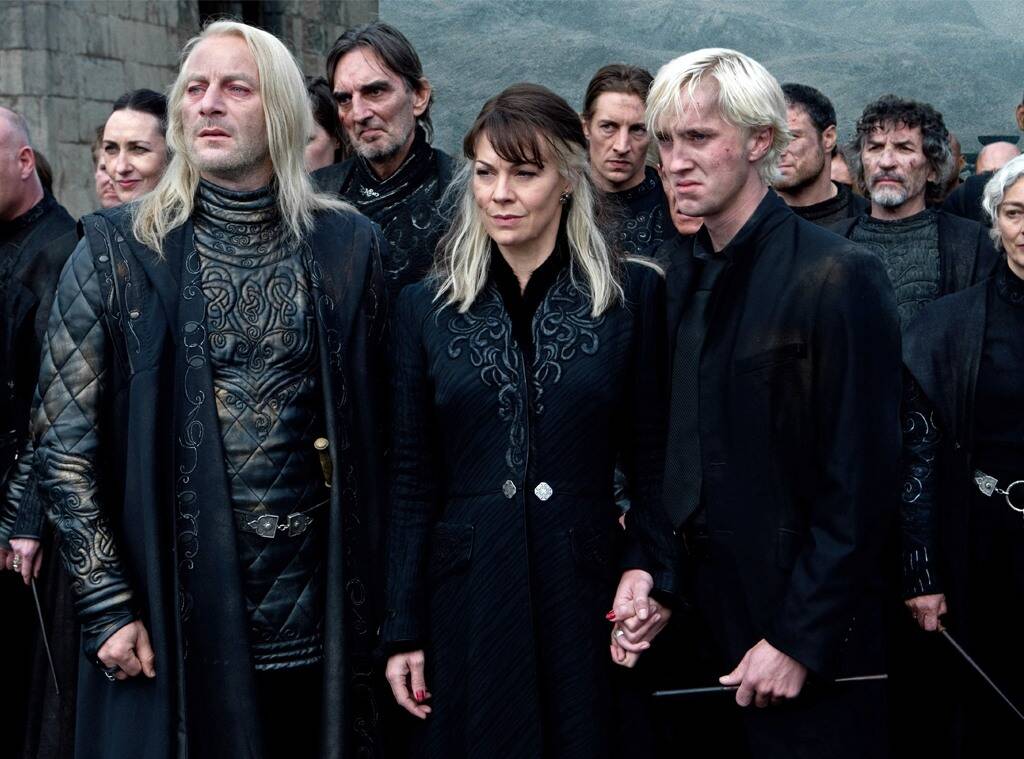 Tom Felton took to his social media platform to pay tribute to his Harry Potter co-star and on-screen mother, Helen McCrory, after her tragic passing at the age of only 52. As you probably know, Helen portrayed Draco Malfy’s mom, Narcissa in the Harry Potter movies. The actress’ husband and fellow actor, Damian Lewis, confirmed the sad news that she had lost the battle with cancer on April 16.

‘I’m heartbroken to announce that after her heroic battle with cancer, the beautiful and mighty woman that’s Helen McCrory has died peacefully at home, surrounded by love from friends and family. She died as she lived. Fearlessly.’ Then, earlier today, Tom Felton, who played Draco Malfoy in the Harry Potter franchise, shared a touching tribute to the actress, himself. Tom posted a still image from Harry Potter and the Deathly Hallows: Part 2 that featured their characters together and in the caption, he wrote: ‘So sad to say farewell so suddenly – I never took the chance to tell her , but she really helped shape me as a person so much – on and off screen. She was relentlessly herself – razor sharp wit – silver tongued – kind and warm hearted – she suffered no fools yet she had time for everyone – thank you for lighting the way forward and holding my hand when I needed it xx.’ Furthermore, Jason Isaacs, who played Narcissa’s husband Lucius Malfoy in Harry Potter, remembered her in a lengthy message on his IG account as well. The actor posted the same picture as Tom and wrote, in part: ‘Decades ago Helen and I auditioned together for a film. I came home and I said to Emma ‘I think I have just met the greatest actress I have ever seen.’ After years of watching her mesmerize all audiences I do not think that any more…I know it. Luckily, I found out eventually, that she was also funny, shockingly naughty and with such an empathetic heart the size of a planet. As continually starstruck as I was in the Harry Potter films, being screen married to the great Helen McCrory will always be a highlight.’ He went on to send his condolences to Helen’s loved ones.