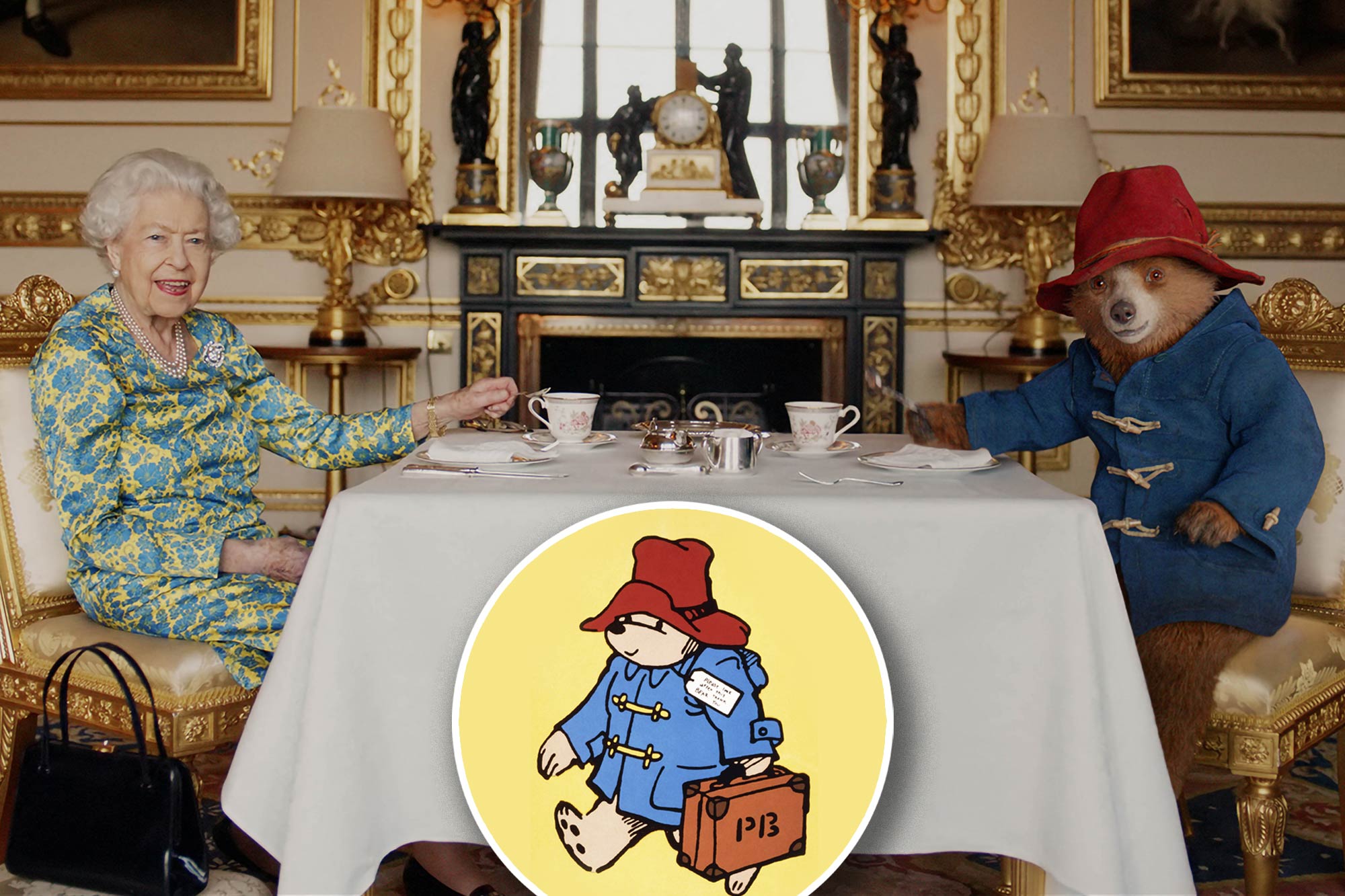 This weekend, two British institutions — Queen Elizabeth and Paddington Bear — charmed the world in a surprise skit that kicked off the Platinum Party at the Palace tribute concert outside Buckingham Palace.

But many viewers might not have known the real origins of the ursine celebrity who hails from “darkest Peru” — yet was actually inspired by Jewish refugee children.

Author Michael Bond, who passed away in 2017 at the age of 91, decided to write a book about an orphaned cub sent to England after spotting a toy bear alone on a shelf at Selfridge’s department store on Christmas Eve in 1956.

“It looked rather forlorn,” he told The Sunday Telegraph, so he purchased the bear as a stocking stuffer for his wife and began to write a story about it. Less than two weeks later, he had a completed novel which was sold for 75 pounds.

Bond revealed that while writing the first book, “A Bear Called Paddington,” he was partly inspired by vivid memories he had of seeing Jewish refugee children pass through the train station in his hometown of London, on their way to London from Nazi-dominated Europe ahead of World War II.

Paddington’s backstory, meanwhile, was inspired by the Jewish children rescued by the Kindertransport operation that brought young refugees into England ahead of WWII.Getty Images

The Kindertransport was an organized rescue effort that saw nearly 10,000 predominantly Jewish children from Germany, Austria, Czechoslovakia and Poland settled in British foster homes and farms. Often they were the only members of their families who survived the Holocaust.

“They all had a label round their neck with their name and address on and a little case or package containing all their treasured possessions. So Paddington, in a sense, was a refugee, and I do think that there’s no sadder sight than refugees,” he told The Guardian in 2014.

In the first book, the Brown family finds a bear at Paddington railway station in London, sitting on a battered suitcase with a note attached to his coat that reads: “Please look after this bear. Thank you.” Paddington is an orphaned bear who was sent to the United Kingdom by his Aunt Lucy as she has gone to live in the Home for Retired Bears in Lima.

Queen Elizabeth and Paddington Bear charmed the world in a surprise skit that kicked off the Platinum Party at the Palace tribute concert on Saturday.Via Reuters

Paddington has been featured in more than 20 books translated into 30 languages and that have sold more than 30 million copies.Weinstein Company

Bond is said to have based the character on his literary agent, Harvey Unna, who passed away in 2003 at the age of 92.

Unna was born in Hamburg to a Jewish family and was about to become a judge when he was dismissed from the German Civil Service on racial grounds. He managed to get out of Germany and made his way to England, where eventually he started a literary agency and found success representing Bond.

Paddington has been featured in more than 20 books translated into 30 languages and that have sold more than 30 million copies. Actor Ben Whishaw providing his voice for the popular “Paddington” movie and its sequel — while Volodymyr Zelensky, now the president of Ukraine, did the voiceover in that country.

Wednesday Addams gets creepy upgrade in Netflix TV series
Porsha Williams Poses With Her Mother, Diane And Makes Fans Happy
We use cookies on our website to give you the most relevant experience by remembering your preferences and repeat visits. By clicking “Accept All”, you consent to the use of ALL the cookies. However, you may visit "Cookie Settings" to provide a controlled consent.
Cookie SettingsAccept All
Manage consent