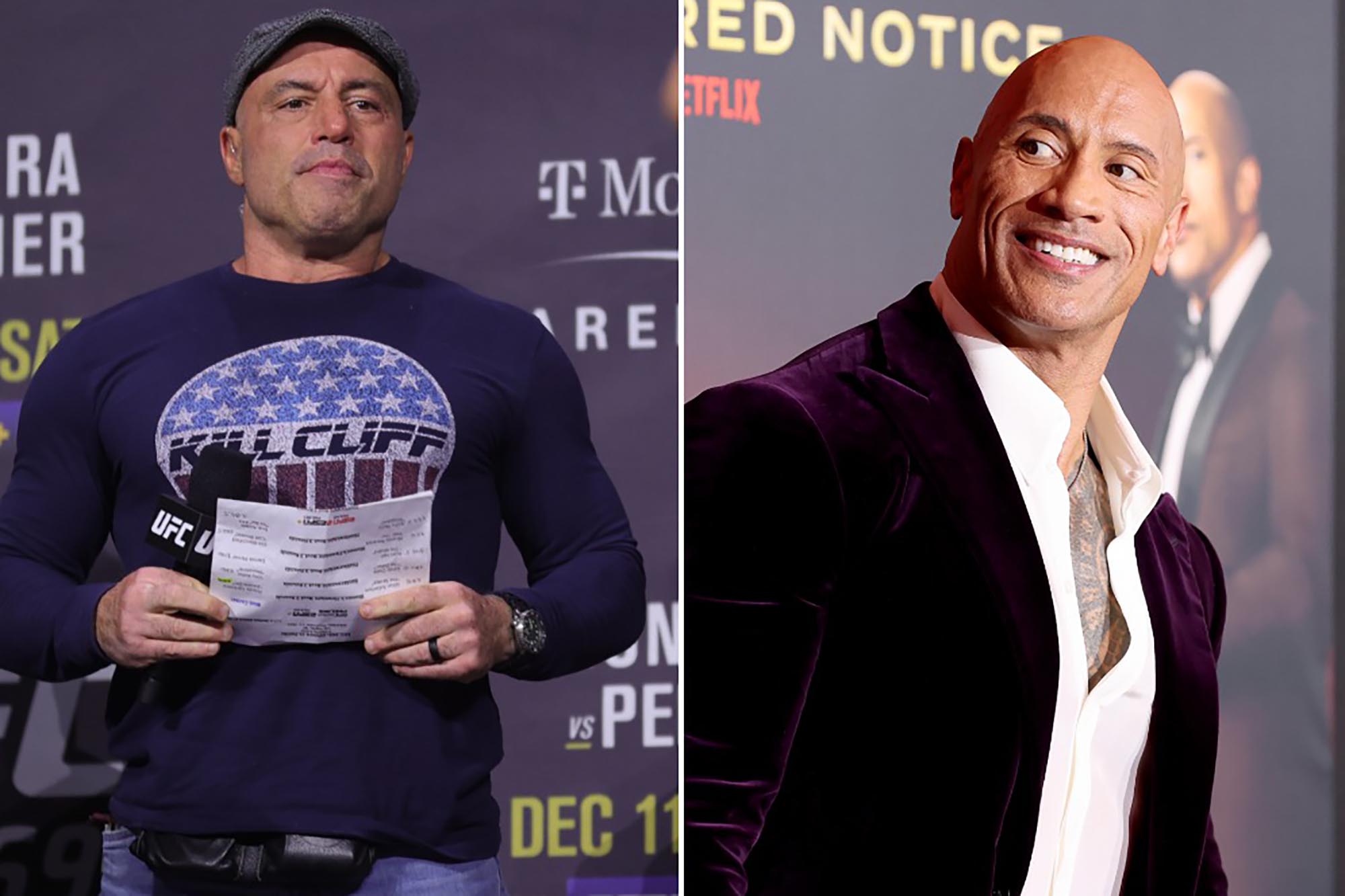 Much-hyped “uniter” of the people Dwayne “The Rock” Johnson is speaking out in support of Joe Rogan, who has been repeatedly accused of spreading COVID-19 misinformation on his wildly popular Spotify podcast

Johnson — who has previously teased and debunked a rumored run for president — took to the comments section of Rogan’s Instagram on Monday, where the podcaster posted a video pledging to “do better” in his discussions of the coronavirus.

“Great stuff here brother. Perfectly articulated,” Johnson, 49, wrote to Rogan, 54. “Look forward to coming on one day and breaking out the tequila with you.”

Johnson and Rogan are two of the most popular entertainers in the country, and could be a formidable force if they teamed up. Johnson boasts more than 200 million followers on Instagram, while Rogan’s podcast garners more than 11 million listeners.

Johnson’s public show of support for Rogan even had some hoping that the two would join forces and run for the White House together.

“The Rock for President, Rogan for Vice President,” one fan enthused on Twitter.

It’s previously been claimed that Johnson could “unite” a divided America, and both he and Rogan identify as political Independents.

However, their current political views differ somewhat. Johnson publicly endorsed Joe Biden for president in 2020, while Rogan voted for the Libertarian candidate.

“Biden, to me, is like having a flashlight with a dying battery and going for a long hike in the woods, it is not going to work out. It’s not going to make it,” Rogan said of Biden prior to the 2020 election.

The Rock — who has previously teased a run for President — is one of the most popular entertainers in America.NY Post illustration

In recent days, Rogan has been accused of spreading COVID-19 misinformation on his podcast, with music legends Neil Young and Joni Mitchell ordering Spotify to remove their music from the platform.

The singers say they do not want to be associated with Rogan, who has frequently questioned the efficacy of COVID-19 vaccines on his show. He has also had vaccine skeptics speak on the podcast.

“I’m not trying to promote misinformation. I’m not trying to be controversial,” Rogan stated in his Monday Instagram video, addressing the issue. “I’ve never tried to do anything with this podcast other than just talk to people and have interesting conversations.”

Speaking of the boycott by Young and Mitchell, he added: “I’m very sorry that they feel that way. I most certainly don’t want that. I’m a Neil Young fan. I’ve always been a Neil Young fan. And definitely no hard feelings towards Joni Mitchell. I love her, too.”

He added: “The problem I have with the term misinformation, especially today, is that many of the things that we thought of as misinformation just a short while ago are now accepted as fact.”

“Eight months ago, if you said if you get vaccinated you can still catch COVID and you can still spread COVID — you will be removed from social media … Now, that’s accepted as fact.”

Rogan was reportedly paid more than $100 million by Spotify for exclusive rights to his record-breaking podcast.