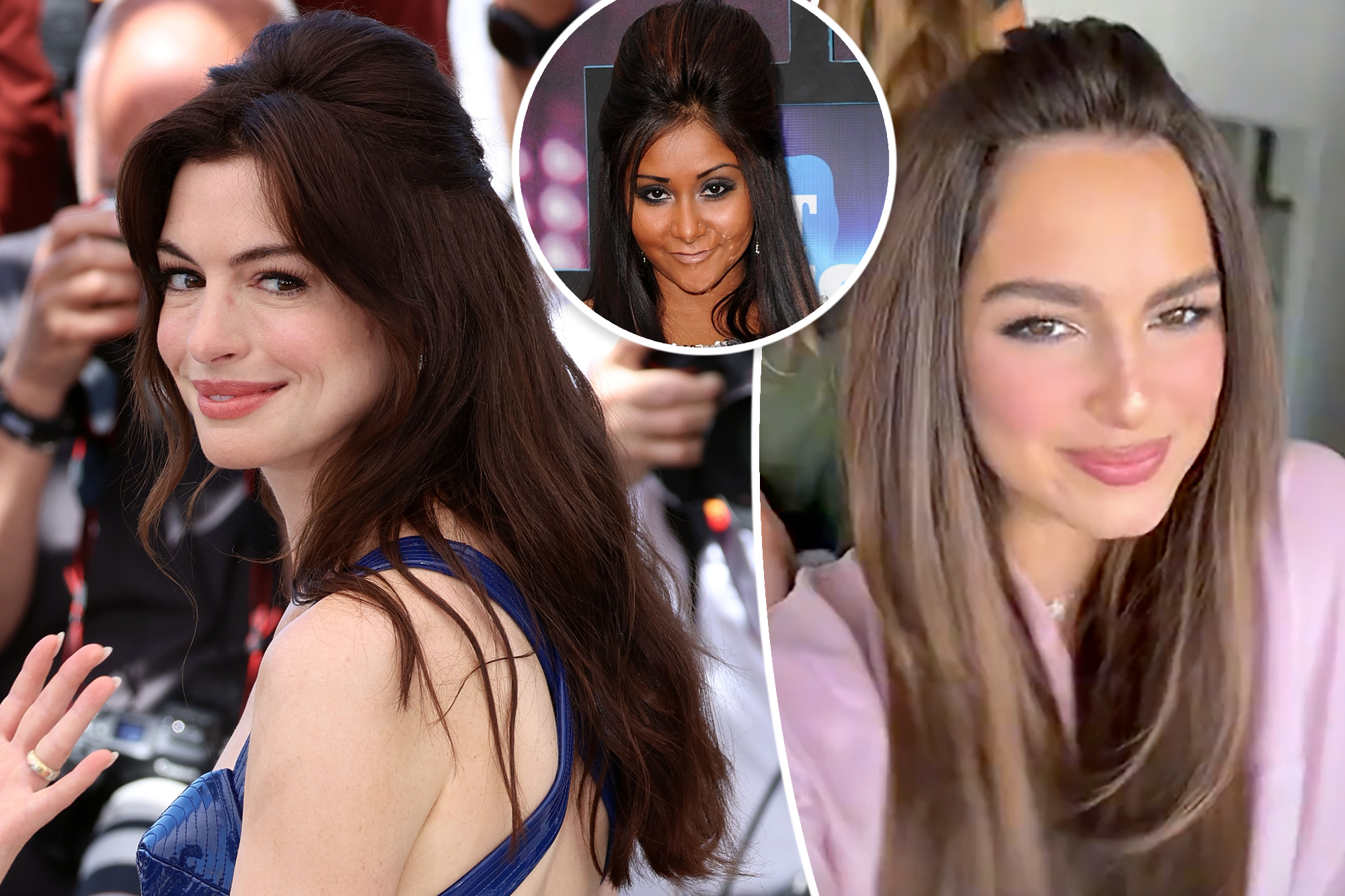 Back in the 2000s, celebrities like Lauren Conrad, Lindsay Lohan, Hilary Duff and — most notably — “Jersey Shore” star Nicole “Snooki” Polizzi popularized the pouf, a pinned-back bouffant that paired beautifully with everything from ponytails to long, loose locks.

Now, decades later, the voluminous look is roaring back into fashion, thanks in large part to social media stars who were in kindergarten the first time the trend took hold.

Rae recently called for the return of the throwback ‘do, showing off her own version (courtesy of stylist Kiley Fitzgerald) and writing, “Bring back poofs [sic]. Btw where’s my bump it [sic]?”

Fitzgerald tells Page Six Style that she and Addison “get nostalgic over old trends,” particularly the “fun and spunky” pouf.

The hair pro swapped Bumpits for Velcro rollers to create a “more mild, modern” version of the look, explaining of its renewed appeal, “Having height in the front of the hair gives something to the shape of our face.”

Not everyone was a fan of Rae’s decision to revive the style, however.

“WHAT IN THE SNOOKI IS GOING ON HERE?! NO! Absolutely not. We fought too hard to make this trend leave in the early 00s,” one follower wrote in the comments section of her clip.

“Ma’am I was made fun of of this style lol. Please no,” another wrote.

Lauren Conrad often rocked the pouf back in her “Laguna Beach” days.Getty Images

But while millennials might have pouf PTSD, Gen Z is clearly here for the pouf’s return.

“My mum used to do this hair style [sic] all the time, i think its [sic] cute,” one defender commented.

Anne Hathaway rocked a pouf of her own during last month’s Cannes Film Festival, hitting the red carpet with center-parted, half-up hairstyle topped with a mini beehive.

The “Devil Wears Prada” star’s hairstylist, Adir Abergel, told Harper’s Bazaar he “was inspired by the height of the 1960s and the effortlessness of the models during that era, like Jean Shrimpton, Veruschka, and the curtain bangs on Brigitte Bardot and Farrah Fawcett.” (So … not Snooki?)

For those inspired by the nostalgic Y2K style, Bumpits are still available online for the low price of $6.69 — and in a delightful twist, an old photo of Hathaway still features in the promotional materials for the product, proving she never gave up on the pouf.

Anna Wintour Went to Breakfast Wearing Adidas x Gucci Collaboration
David Beckham joked about the slovenliness of his wife
We use cookies on our website to give you the most relevant experience by remembering your preferences and repeat visits. By clicking “Accept All”, you consent to the use of ALL the cookies. However, you may visit "Cookie Settings" to provide a controlled consent.
Cookie SettingsAccept All
Manage consent