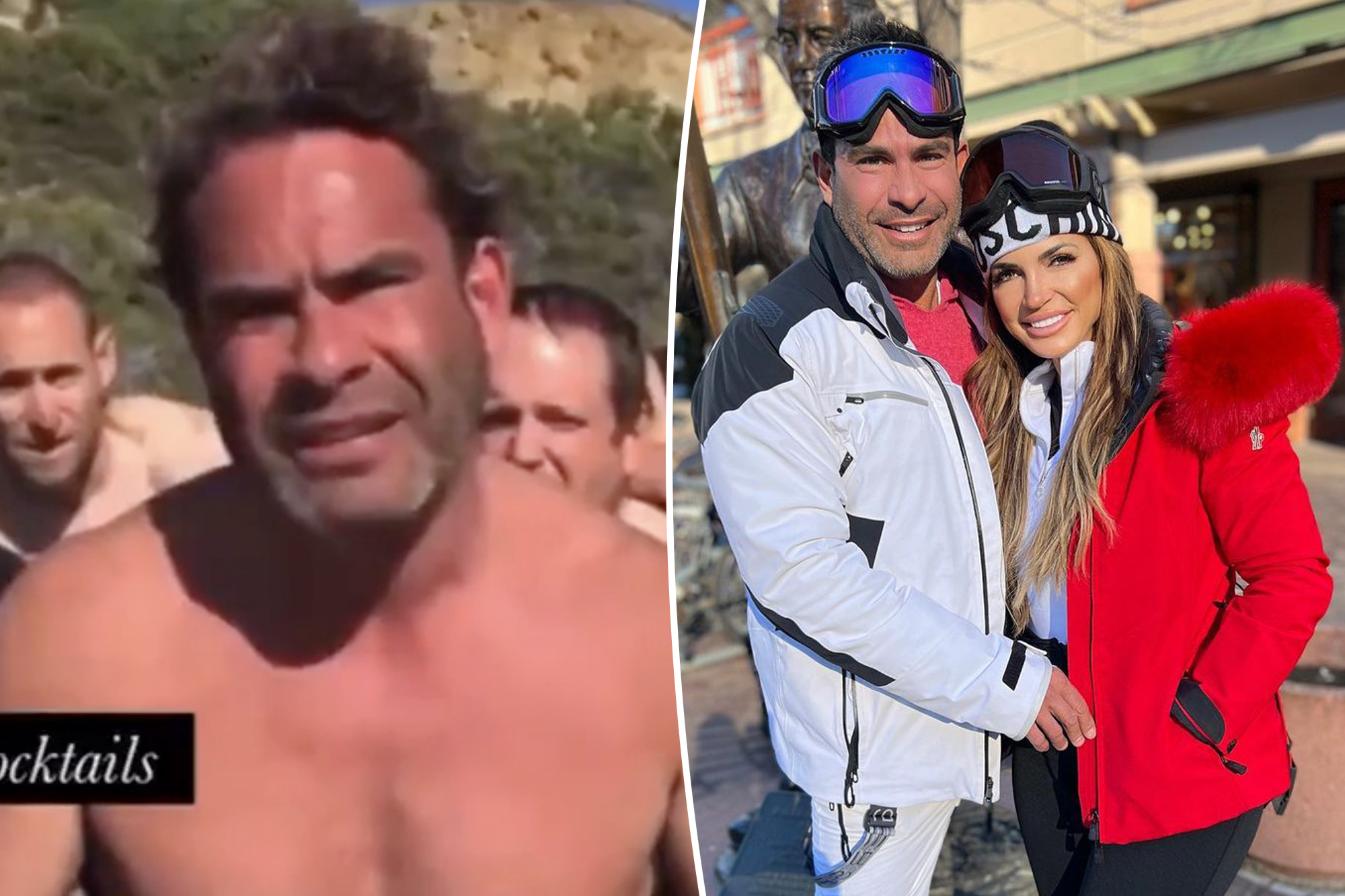 Teresa Giudice made sure to stand by her fiancé, Luis “Louie” Ruelas, after a controversial video of him resurfaced on “The Real Housewives of New Jersey” premiere Tuesday night.

“Listen, that’s part of his past, so he doesn’t owe anybody an explanation about anything,” Giudice told co-star Margaret Josephs when she asked him to address it. “I think he’s an amazing man.”

In one clip from the resurfaced video, Ruelas appears shirtless in front of other similarly undressed men as he begs for forgiveness and proclaims his love for an unnamed girlfriend at some sort of beach gathering, identified as a “warrior camp” in online circles.

“I go by how me and Luis are present and future,” Giudice, 49, continued. “I have a past. He has a past. I don’t care, and I want everybody to do the right thing because this is my home. Give me the respect, give him the respect. If not, I’m not going to be good.”

Josephs attempted to diffuse the situation, saying that the ladies love her and are just “concerned,” but Giudice ended the discussion by saying that she’s a “big girl” and she and Ruelas are “doing great.”

Josephs wasn’t the only person in Giudice’s inner circle to express their opinions.

“It’s a little odd,” Giudice’s brother Joe Gorga admits at a dinner with Melissa Gorga and Tiki Barber and his wife Traci Johnson.

Gorga added in a confessional, “He told me about that camp when I first met him. He told me, ‘Listen, I want to take you to this camp.’ But when the video came out, I watched it, and I’m like, ‘I’m really not into that kinda camp.’”

Giudice has yet to specifically share her thoughts on the resurfaced video.Instagram/ Teresa Giudice

Giudice’s co-stars also all had something to say. Johnson called the video “bizarre” and a “red flag;” Jackie Goldschneider found it “weird;” Melissa said it was “crazy;” Jennifer Aydin named it “weirdo s–t,” and Dolores Catania said Giudice is going to “lose her mind.”

While huddled on the sand with a group of men, Ruelas, 46, speaks into the camera and tells his girlfriend, “I’m coming home to see you to get engaged and bring our family together and finally get married and have a life together.”

The men encouraged him to speak from the heart because she “doesn’t want to f–cking hear your brain.”

“I love you. I’m sorry I made mistakes and held myself back and held my truth inside and worried about other people around me,” Ruelas continued. “I feel your pain, I’m sorry I put you through pain.”

Two months before the video spread, Page Six broke the news that Ruelas, 46, was allegedly “sex-obsessed” and left behind various ex-girlfriends who claimed he’d get upset with them if they didn’t satisfy his sexual demands.

Season 12 of ”The Real Housewives of New Jersey” airs Tuesdays at 8 p.m. ET on Bravo.