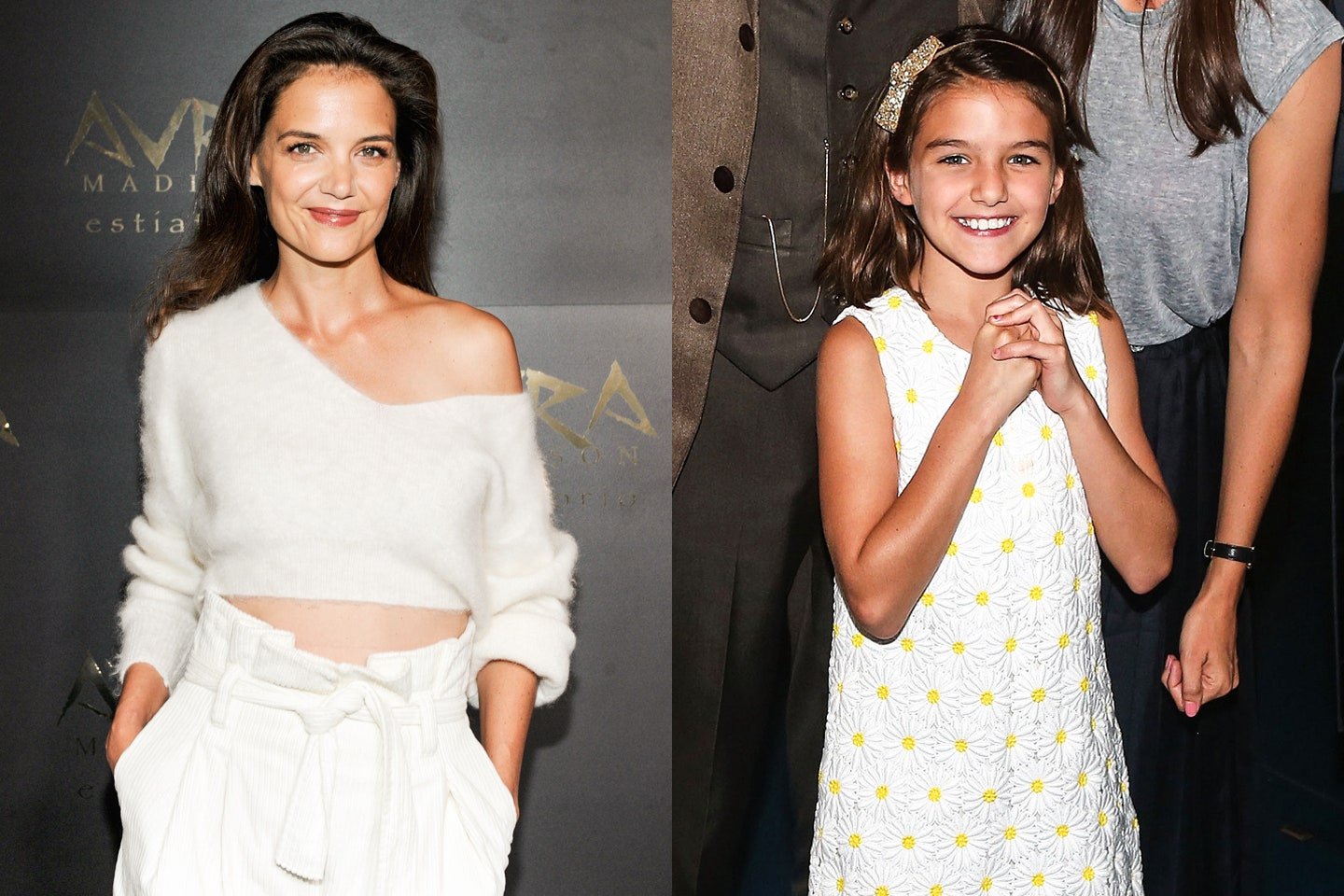 Katie Holmes’ daughter with her ex, Tom Cruise, is growing up so fast! Suri Cruise is already 15 years old and in some new paparazzi pics, you can see just how much she looks like her mom now! The teenager was out and about in New York City the other day and the paparazzi caught her on camera!

She was wearing this simple, white crop top and a pair of loose, grey sweatpants during her casual stroll. To make the look even more relaxed, the 15 year old went for a pair of flip flops and wore her hair in a low, messy bun. At the time, she was walking alongside a friend of hers and the paparazzi could not help but snap a few pictures that quickly made their way to the internet.

Seeing the snaps, many fans of Katie Holmes were quick to notice just how much she looks like her mother. While this has been the case for years, ever since she was a little girl, the comments about it were even more sure this time around since she’s grown up so much and now she truly looks just like Katie’s twin. Not only that but these new snaps actually came only a day after Suri went out with her mom, both of them wearing very similar outfits to each other, something that only caused people to talk about how much they look alike even more! Last year, while talking to InStyle, Katie Holmes gushed over her daughter, saying that: ‘My biggest goal’s always been to nurture her into her individuality, make sure she’s 100 percent herself and strong, confident and able. And to know it. She came out really strong — she’s always been a strong personality. She will pick an activity andwork her butt off until she is really good at it. Then she is like, ‘Okay, I am going to try the next thing.’ She is very focused and a hard worker.’

About being accused of cannibalism, Armie Hammer will shoot a TV series