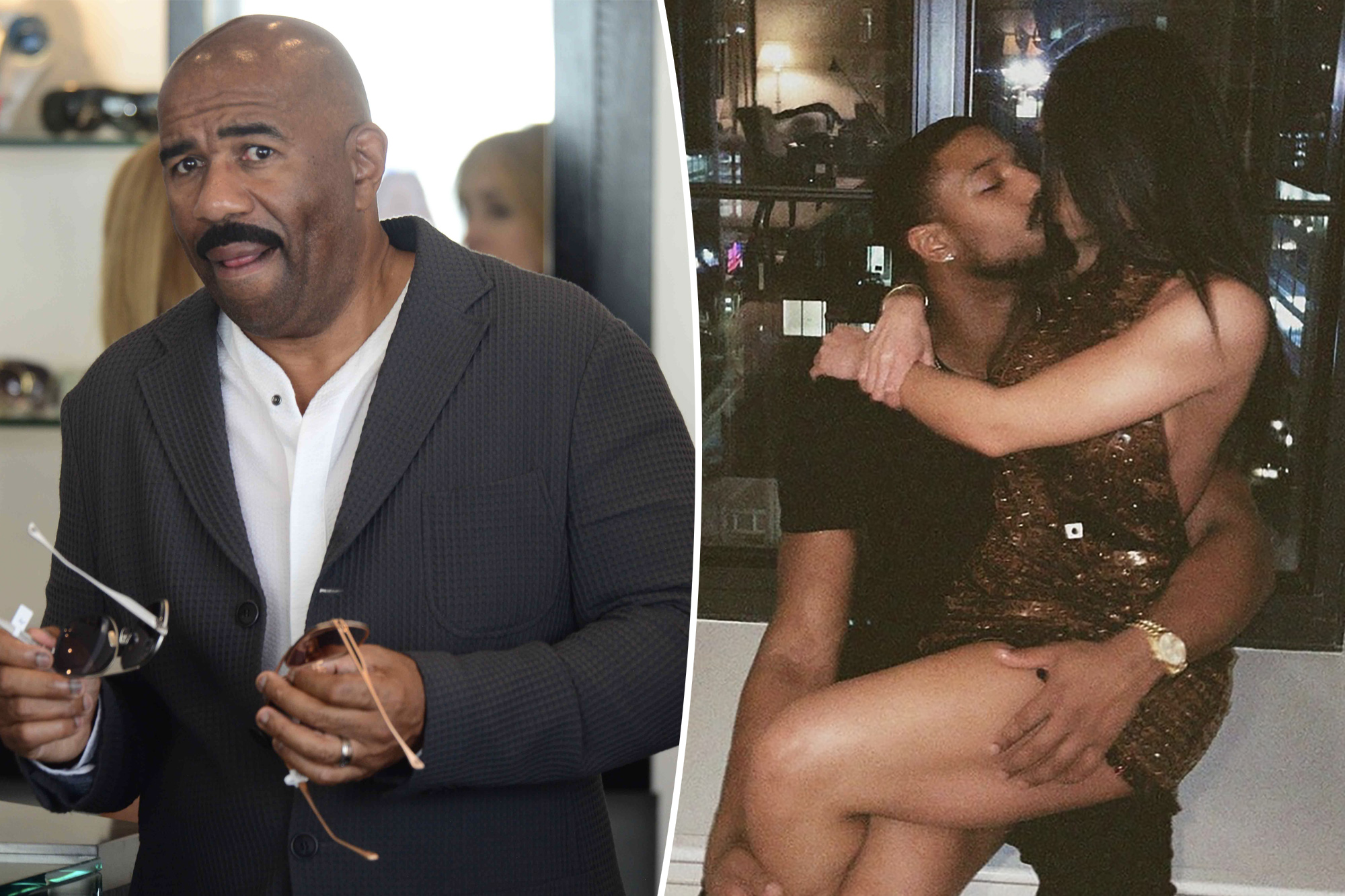 Steve Harvey revealed he “wasn’t really feeling” a certain picture of his daughter, Lori Harvey cuddling up to her boyfriend Michael B. Jordan.

The “Family Feud” host, 65, sat down with Ellen DeGeneres to discuss the pair, who have been dating for more than a year.

“Look at that,” DeGeneres, 63, said while pointing at the snap of Lori, 25, kissing her actor beau while sitting on his ap. “That’s happening in front of you?”

Steve replied, “I’ve never seen that picture before,” noting that the “Black Panther” star, 34, had spent the holidays with the family.

“I’m very uncomfortable with that picture right there,” he continued. “I’m not really feeling that picture.”

DeGeneres then asked if the “Creed” actor was a good gift-giver, to which he quipped, “Hell yeah.”

“That’s why I like him,” Harvey continued. “That boy come through. He [is] trying to impress the family. I’m a father, so he bought me this big 100 [-pack] cigar box of the most hard-to-get cigars. One-hudred of them in this big box and he gave that to me.”

The TV personality revealed he was rooting for the pair to work out because Jordan is “a good guy.”London Entertainment /Splash

The TV personality added, “He gave my wife some skis. Who do that? Only way you give your potential mother-in-law some skis is because you want her to be your mother-in-law.”

Although he’s “pulling” for Jordan because he’s “a really good guy” and “comes from a good family,” Harvey joked that he still has his reservations.

“Family Feud” host Steve Harvey joked that he was “uncomfortable” looking at a snap of his daughter Lori with her boyfriend. Instagram/ Lori Harvey

The couple, who initially kept their love life private, first sparked dating rumors when they were spotted together in Atlanta in late 2020.

They then confirmed their relationship by going Instagram-official in January 2021, and marked their one-year dating anniversary that November.

“It’s been a year crazy!!” Jordan wrote on Instagram at the time, to which Lori responded, “Happy anniversary my love.”