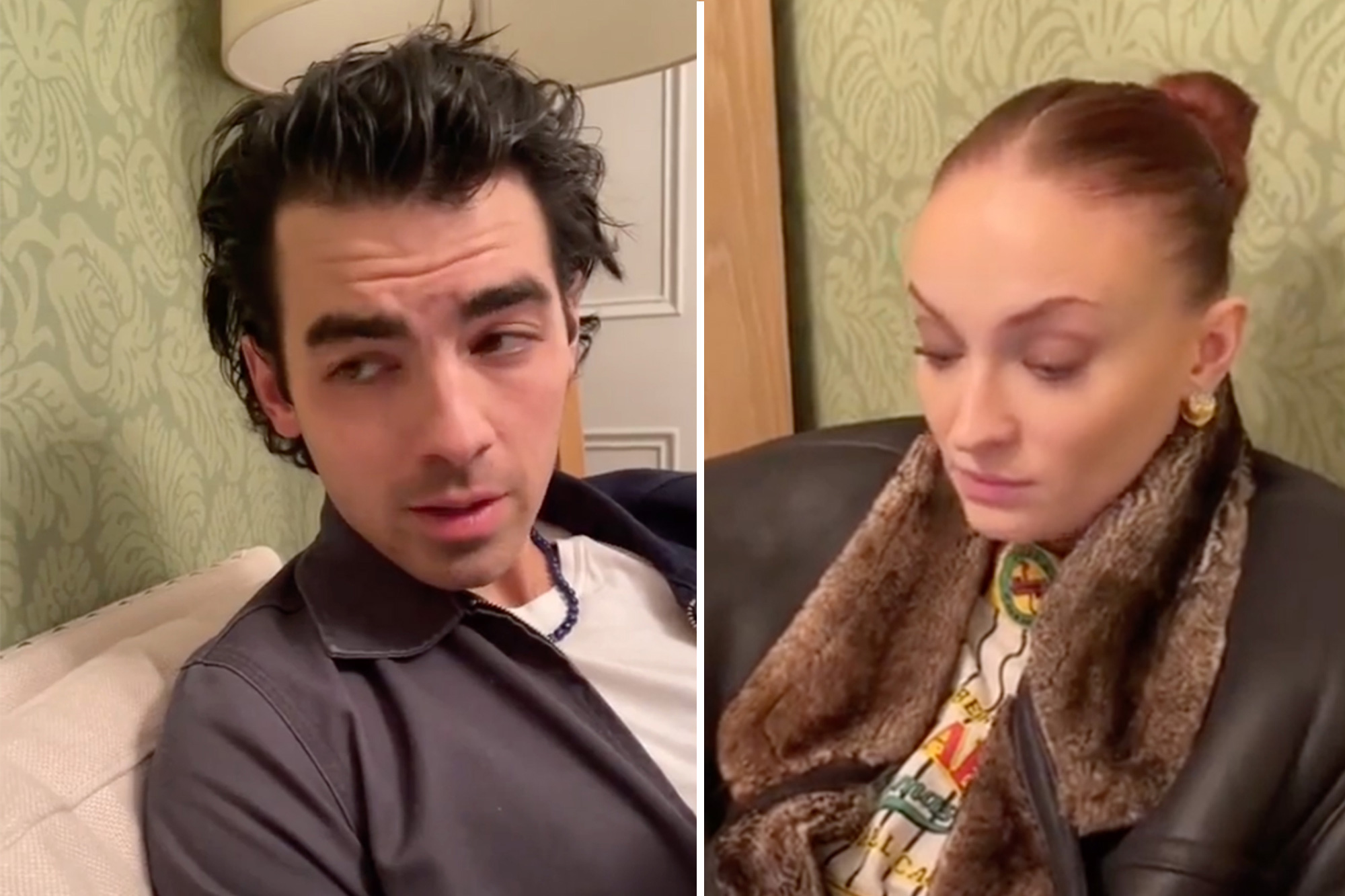 Joe Jonas and Sophie Turner are still keeping up with the Kardashians.

The couple recreated a hilarious moment between Kim and Khloe Kardashian in a new TikTok video that’s gone viral.

“I’m so jet lagged from Australia,” Jonas, 32, lip-synced over audio of Khloe’s voice.

An uninterested Turner, 25, then lip-synced back, “You are? Why?” over Kim’s voice.

“Because I just came back from Australia…,” Jonas added, as the camera panned back to the “Game of Thrones” actress typing on her phone.

Eagle-eyed fans noticed that Turner was messaging someone under the contact name “Pete,” in an epic nod to Kim’s new relationship with “SNL” funnyman Pete Davidson.

The iconic audio clip originated from a 2015 episode of “Keeping Up With the Kardashians.”

During the episode, Khloe, 37, was complaining to her older sisters about having to fly Down Under by herself for a promotional event when Kim, 41, made the funny response.

Fans noticed that the ”Game of Thrones” actress was texting someone on her phone named “Pete.”Instagram/@joejonas

Turner and Jonas are no strangers to giving fans a glimpse inside their relationship via funny TikToks and public roasts.

The “Camp Rock” alum was most recently “burnin’ up” when his wife put him on blast during the Netflix comedy special “Jonas Brothers Family Roast.”

“Look, Joe wasn’t just sticking his fingers in some dumb metal rings,” she said, referencing his choice to wear a purity ring as a symbol of abstaining from sex until marriage.

“He was sticking his fingers in co-stars, actresses and even a supermodel or two,” she quipped, as Jonas laughed and clapped. “No, the rings weren’t a good idea.”