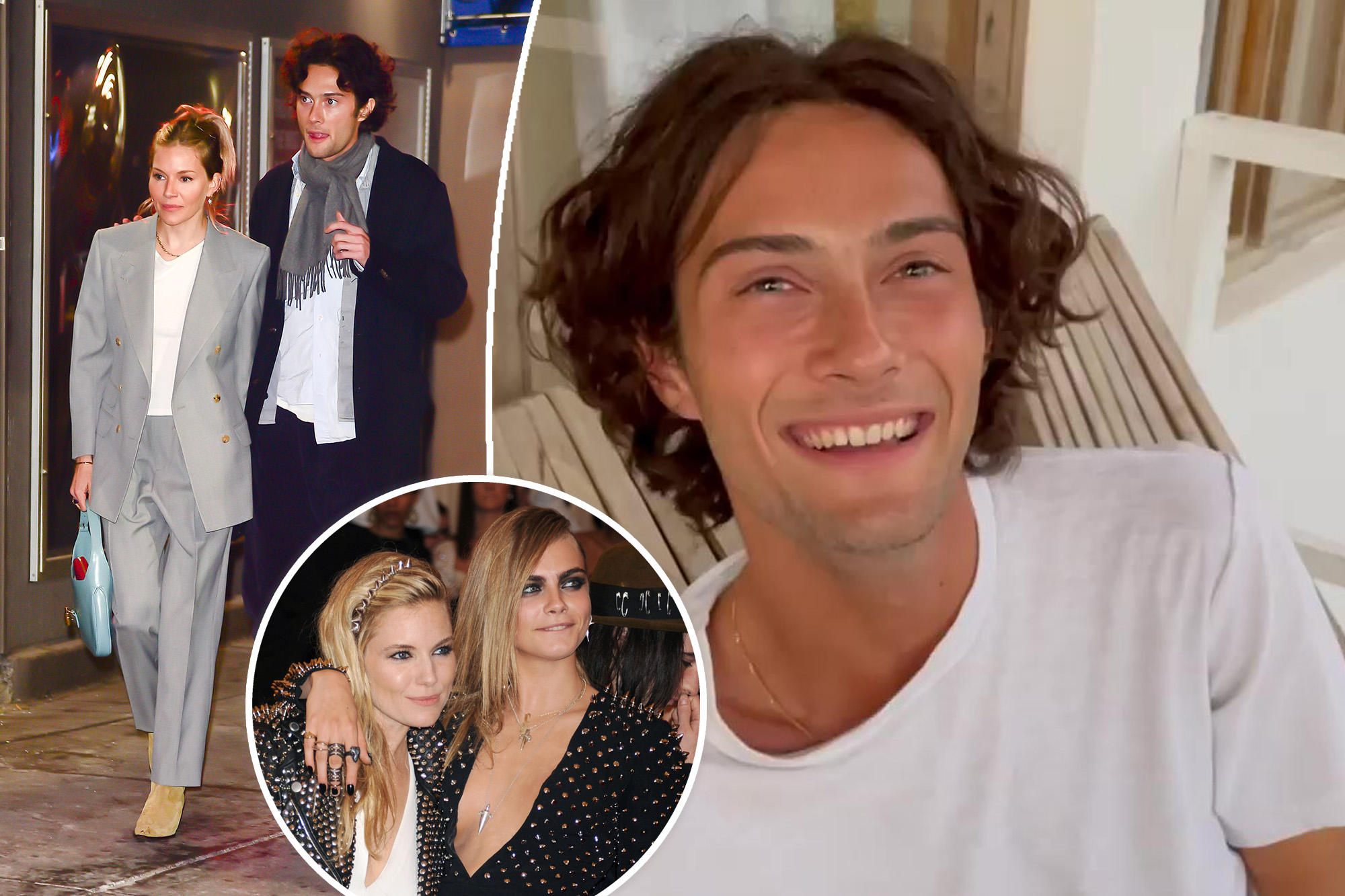 She’s on the rebound.

Sienna Miller stepped out with actor Oli Green for a night of NBA fun Wednesday, sparking romance rumors just days after she was spotted in a makeout session with Cara Delevingne.

The “Layer Cake” actress, 40, and Green, 25, were photographed enjoying what appeared to be a date night at the New York Knicks vs. Memphis Grizzlies game at Madison Square Garden in Manhattan.

Miller looked posh in a gray oversize blazer and coordinating slacks paired with a slouchy white tee, suede booties and a baby blue purse. Green mirrored the Golden Globe nominee’s look, opting for a blue blazer and matching pants and adding a gray scarf around his neck.

Green is a rising actor and model.Instagram

The pair appeared to be close, with Green holding onto Miller’s arm as they entered the venue. At another point, he was seen sweetly touching her shoulder.

Green, who previously dated fellow model Adwoa Aboah, has acting credits in the soap opera “The Bold and the Beautiful” and Justin Theroux’s Apple TV+ series “The Mosquito Coast.” He also has a successful modeling career, posing as the face of a Burberry campaign in 2018 as well as for the Gap.

Miller’s outing with Green come just days after Page Six exclusively reported that she was seen “making out” with her close friend Delevingne, 29, at Temple Bar in New York City last Friday.

An insider told us it appeared Miller and Delevingne “were together,” though the “American Sniper” star also made out with a guy at their table.

“It was like fluid friends. Sienna made out with this tall guy, and then she made out with Cara,” the spy said, adding, “It was a fun night out.”

Miller was spotted making out with Cara Delevingne last week.FilmMagic

It wasn’t the first time the duo have shown some serious PDA: In 2013, Delevingne posted a photo of them kissing at the Met Gala.

Miller has quite an extensive dating history, most recently being linked to businessman Archie Keswick last summer. She was previously engaged to Oscar nominee Jude Law, literary editor Lucas Zwirner and theater actor Tom Sturridge, with whom she shares 9-year-old daughter Marlowe.

Reps for Miller and Green did not immediately respond to our requests for comment.