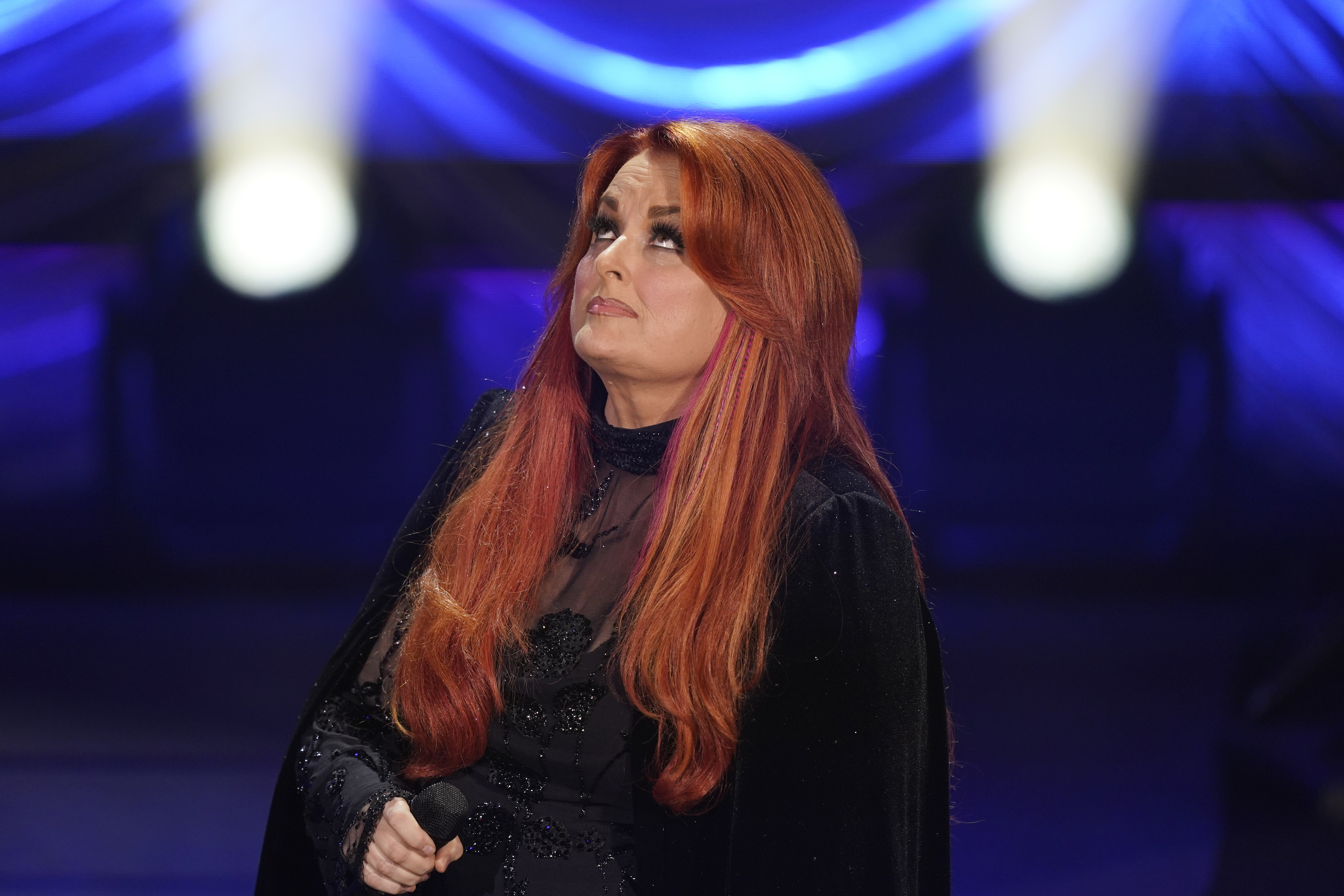 The world gave more than a little love to Naomi Judd on Sunday during the star-studded celebration of her life.

Her daughters, Ashley and Wynonna Judd, and husband, Larry Strickland, gathered with the country music community at the Ryman Auditorium in Nashville to remember the singing legend, who died by suicide in late April.

Wynonna also announced that she will continue the 11-date national tour she previously had scheduled with her mom before her untimely death.

“After a lot of thought, I’m going to have to honor her and do this tour. I’m just going to have to,” she said. “Tonight, as we close, the show must go on, as hard as it may be. And we will show up together and you will carry me.”

Wynonna Judd looks up after singing during a tribute to her mother, country music star Naomi Judd, Sunday, May 15, 2022, in Nashville, Tenn. Naomi Judd died April 30. She was 76. AP

“It’s so weird, yet so natural, to be in front of (the fans), our chosen family for 38 years,” she added. “This little light of mine, I’m gonna let it shine.”

Judd, 57, sang an emotional rendition of Bette Midler’s “The Rose” alongside Brandi Carlile, 40. At one point, Judd got choked up, stopped the song and asked for a do-over, to much fanfare.

“Tonight is a celebration, and at the same time I can’t put into words how devastated I am,” Judd, who later sang songwriter Naomi’s Grammy-winning “Love Can Build a Bridge,” said. “I miss her so much.

“Welcome to the mother church of country music. This is where mom wanted her public celebration to take place,” Ashley Judd said, calling her mom an “everywoman, but totally extraordinary” with a life like “spectacular technicolor dream.”

She “left country music better than she found it,” the 54-year-old added.

Last week, Ashley Judd appeared on “Good Morning America,” where she revealed that she was the one who discovered her mom dead from a self-inflicted gunshot wound at home.

A church choir and spectators sing “Love Can Build A Bridge,” along with Wynonna Judd during a tribute to country music star Naomi Judd in the Ryman Auditorium.AP

Fans also turned out en masse to say goodbye to Judd during a procession down Nashville’s Broadway.

If you are struggling with suicidal thoughts or are experiencing a mental health crisis and live in New York City, you can call 1-888-NYC-WELL for free and confidential crisis counseling. If you live outside the five boroughs, you can dial the 24/7 National Suicide Prevention hotline at 1-800-273-8255 or go to SuicidePreventionLifeline.org.

Manuel Garcia-Rulfo is the new ‘Lincoln Lawyer’ in Netflix series
Memorable moments of the Billboard Music Awards 2022
We use cookies on our website to give you the most relevant experience by remembering your preferences and repeat visits. By clicking “Accept All”, you consent to the use of ALL the cookies. However, you may visit "Cookie Settings" to provide a controlled consent.
Cookie SettingsAccept All
Manage consent