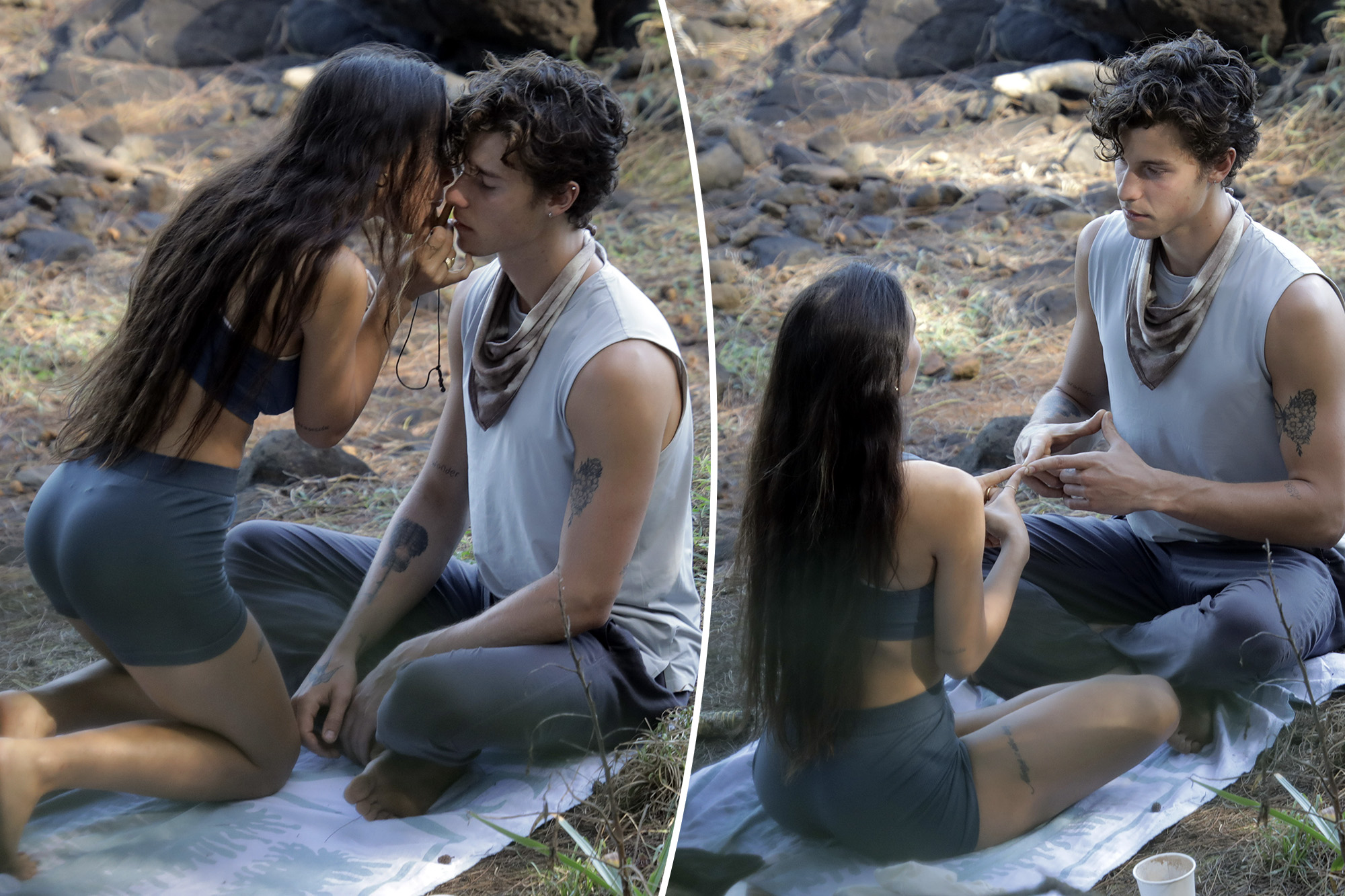 There’s nothing holding him back.

Shawn Mendes was snapped in the midst of what seemed to be a kind of beach ritual with brunette yogi Hitomi Mochizuki in Hawaii on Friday.

Photos show Mochizuki assisting Mendes, 23, as he appears to snort something from a pipe while sitting cross-legged on a blanket in the woods.

At another point, Mendes and Mochizuki joined their hands together as they stared deep into each other’s eyes.

Mendes was seen wearing a gray muscle tee and athletic pants with a bandana around his neck while Mochizuki wore biker shorts and a coordinating sports bra.

The duo was later seen grabbing walking along a rocky path as the singer clutched a beverage.

He appeared to inhale something out of a pipe. MEGA

They meandered to an outdoor table where they were seen chatting and smiling. Neither party appeared to be keeping a low profile, though Mochizuki did don a pair of square-framed sunglasses.

Mendes looked at ease during the ritual. MEGA

It’s unclear what the nature of Mendes’ relationship with Mochizuki is and their reps did not immediately respond to Page Six’s request for comment.

Meanwhile, Googling “powder blown up nose” was, predictably, something of a dead end for Page Six, though results pointed to the possibility the substance being rapé powder, or “shamanic snuff,” a kind of tobacco “used in spiritual practice by shamans and tribes in Brazil and Peru.”

They also stared at each other as they touched fingers. MEGA

They went for a stroll together along the rocks.MEGA

According to her page, she self-identifies as a “Forest Nymph” and an “Ashtanga Yogi” and she has 392,000 Instagram followers. Her grid is filled with several snaps where she is seen practicing meditation and yoga as well as enjoying nature.

The pair continued to hang out as they sat outside together. MEGA

She has also shared many photos where she is seen showing off her fit figure, including some topless images.

The yogi was extra smiley around Mendes. MEGA

Mochizuki even lived in a treehouse for a year, according to a video she posted on her YouTube channel. She also posts videos about her diet and exercise routines.

Mendes is newly single, having split with long-time girlfriend Cabello in November 2021.

“Hey guys, we’ve decided to end our romantic relationship but our love for another as humans is stronger than ever,” they wrote in a joint statement at the time.

They were first romantically linked as a couple in July 2019 and thereafter were known for showing plenty of PDA.

While Mendes seems to be getting through his breakup with the help of Mochizuki and her yoga skills, Cabello may be going it alone: She was spotted perusing a sex shop last month.