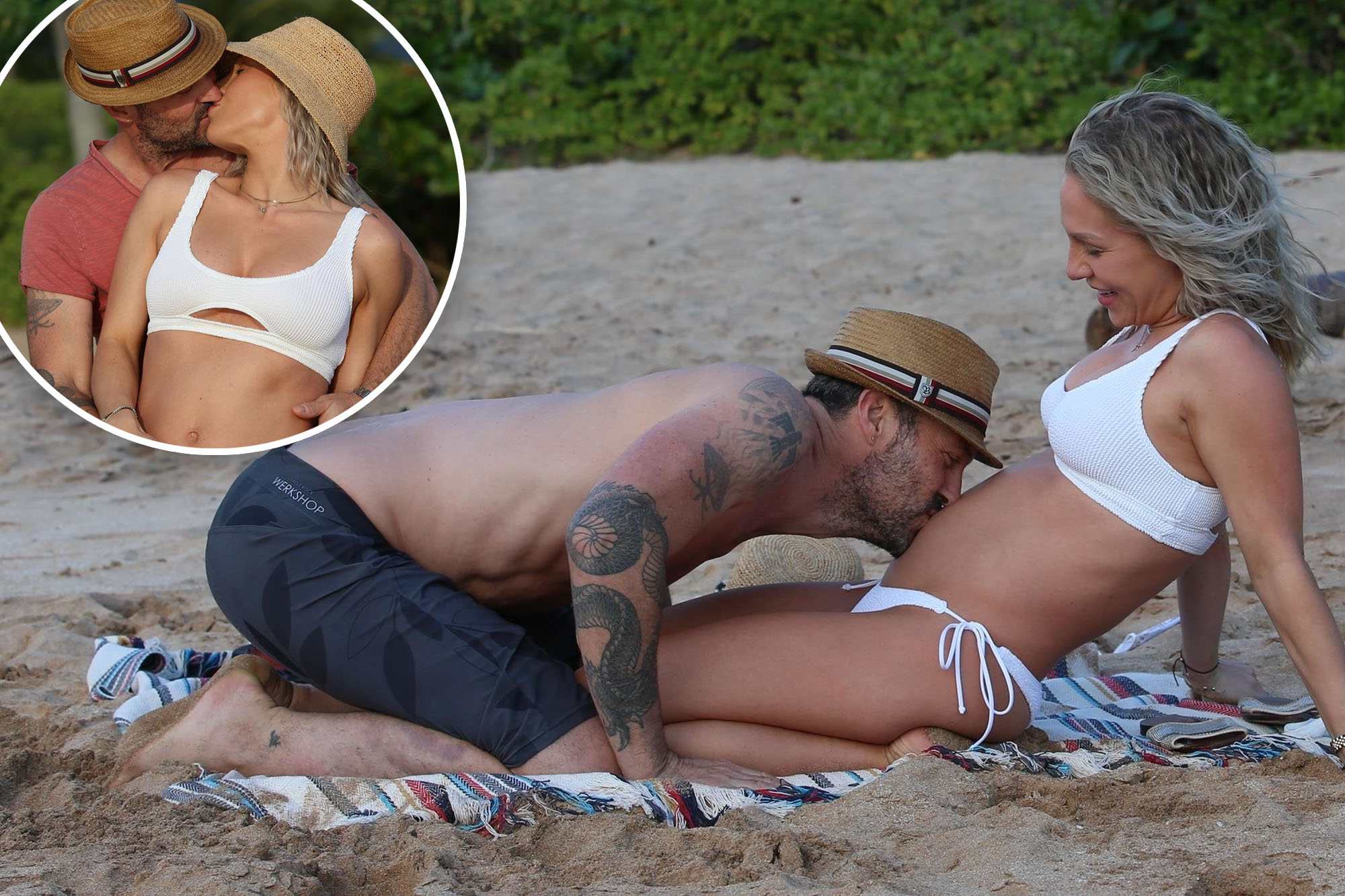 They’ve got this in the BAG.

Sharna Burgess is pregnant and expecting her first child with her boyfriend — and “Dancing With the Stars” partner — Brian Austin Green.

The couple broke the news with a beachy photoshoot in Maui, where Burgess’ subtle baby bump can be seen under a white bikini and straw bucket hat.

Sharna Burgess shows off her baby bump in a white bikini. LEGA / BACKGRID

Sharna Burgess shows off her baby bump in a white bikini. LEGA / BACKGRID

John Mayer delivered a moving speech to his “dear friend”…

Green kept it simple in grey swim trunks, a t-shirt and a straw fedora as he kissed and held Burgess’ belly in several shots.

Green kissed the mother-to-be during their maternity shoot in Maui. LEGA / BACKGRID

Green kissed the mother-to-be during their maternity shoot in Maui. LEGA / BACKGRID

John Mayer delivered a moving speech to his “dear friend”…

He’s also seen wrapping his arms around her and kissing her as the couple basked in the sun beside the ocean waves.

Just a week ago, Burgess took to Instagram to promote a home fertility testing kit, a clear hint for eagle-eyed fans of the “DWTS” pro that the couple has been trying for a baby.

A rep for Burgess did not immediately return our request for comment.

This will be Burgess’ first child and Green’s fourth. LEGA / BACKGRID

The couple celebrated their first year of dating October 2021 with a sentimental Instagram post from Green, which read, “1 year of accepting me in a way I’ve never been loved before ❤️ #damnimlucky.”

Burgess responded to the “Don’t Blink” actor, “1 year ago yesterday my whole world changed. I just didn’t know it yet. You’re everything I’ve ever wanted in 1 person and the way you love me is something I couldn’t even have dreamed of. I never knew it existed until you. ♥️. I love you baby, and I love doing life with you. 1 down, and all of them to go. :).”

The pair were first linked as a couple after being photographed spending the holidays together in December 2020, seven months after Green confirmed his split from ex-wife, Megan Fox, with whom he shares sons Noah, 9, Bodhi, 7, and Journey, 5.