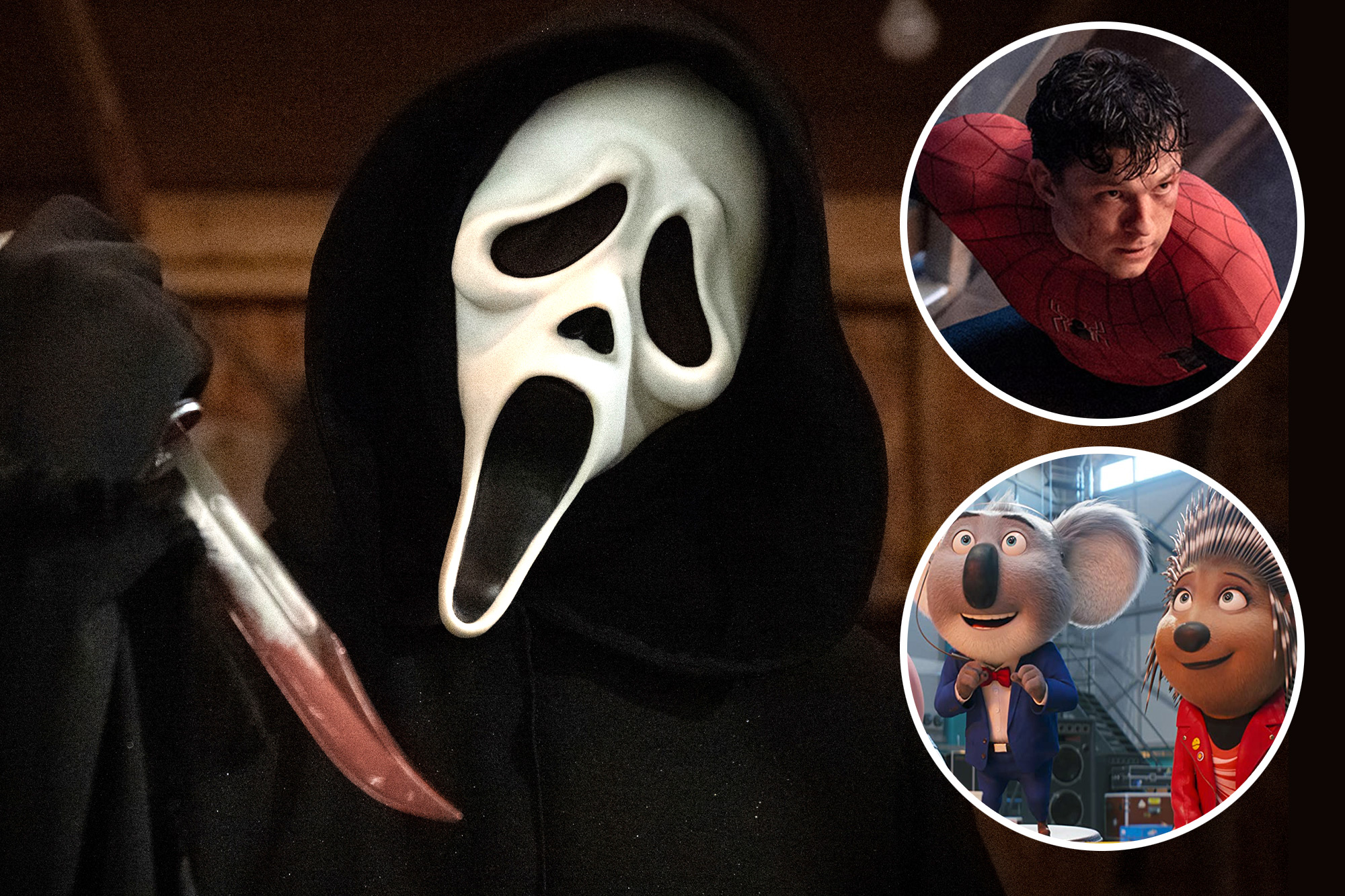 After weeks atop the domestic box office, “Spider-Man: No Way Home” was pushed out of the top spot by “Scream.”

The reboot of the classic horror flick raked in $13.4 million when it premiered Friday, more than any other film that day, according to IMDB’s Box Office Mojo database.

“Spider-Man: No Way Home” earned $5.2 million and came in second after weeks of topping the box office. It has so far raked in $683.1 million.2021 SONY PICTURES

“Spider-Man” grossed $5.2 million that day good enough for second place as it hit a total haul of $683.1 million.

Kiddie singalong “Sing 2” held onto its spot just behind Spidey, in third on Friday, bringing in $1.8 million on the day, for a total $112.9 million.

Another Friday premier — science-fiction anime “Belle” — clocked in at fourth with $0.7 million on its opening day.

“Sing 2” came in third with a $1.8 million haul on Friday.Universal Pictures