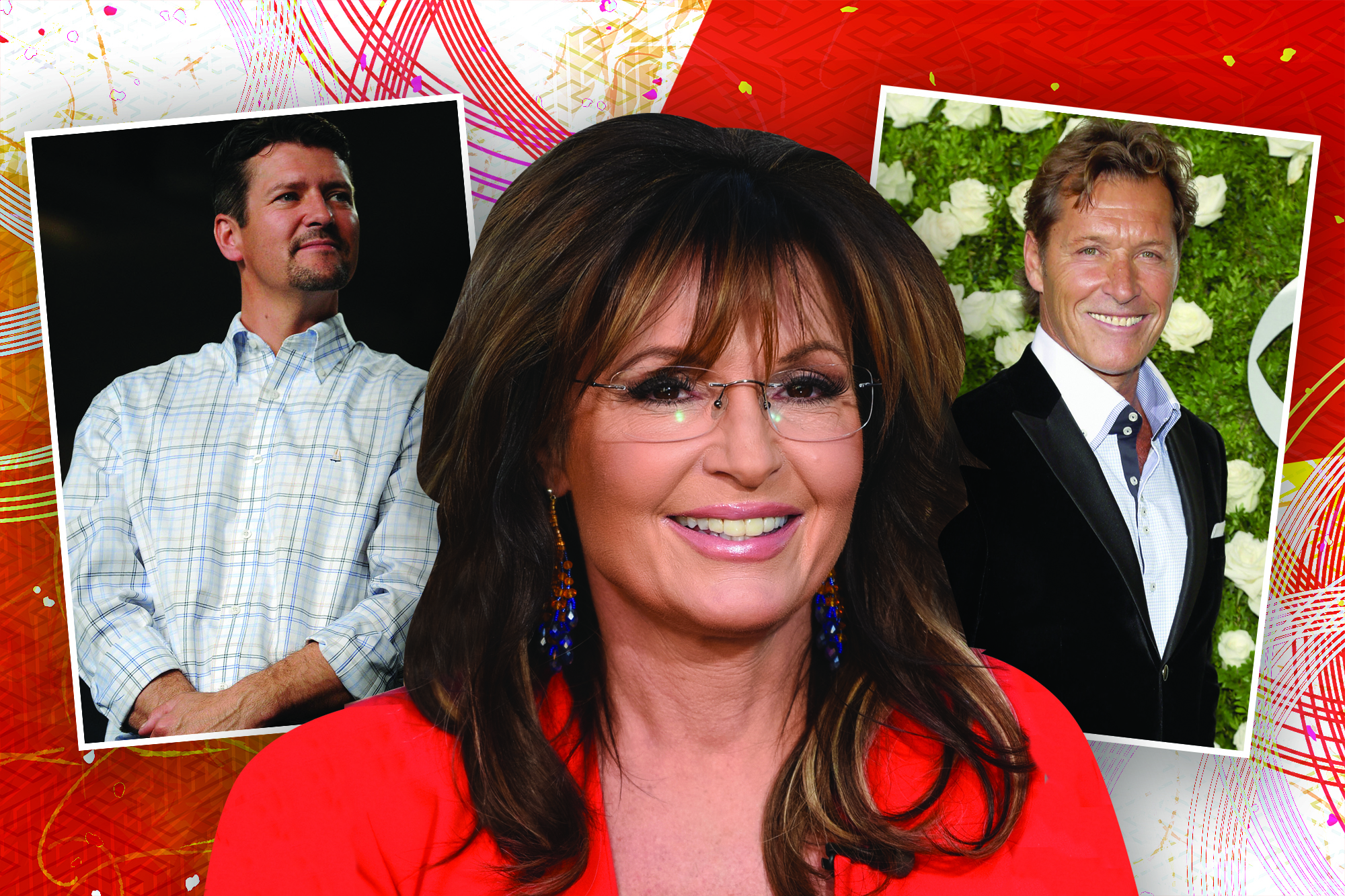 Having separated from ex-husband Todd Palin, 57, in 2019 — and recently reportedly linked to New York Rangers hockey star Ron Duguay, 64, as she attends parties and asks people to take selfies with her — it’s clear that the former Alaska governor is living unapologetically, as always.

But what in her astrology gives her the polarizing allure and brash personality that has made her such a lightning rod?

Let’s find out all of the astrolo-tea!

Sarah Palin was born on Feb. 11, 1964. This makes her an Aquarius sun. Because we do not have her exact time of birth — as I never trust what is listed online because it has not been confirmed directly from their birth certificate by me — there are a few different factors that are especially variable in regards to her astrology.

First off, we don’t know her Ascendant (or Rising Sign), which is extremely important to assess ultimate life patterns. Also, since the moon starts off in Capricorn in the first part of the day but moves into Aquarius in the morning, we also can’t definitively state what her moon sign is. But don’t worry — I can still see a tremendous amount of information about her personality and life path.

I’m just going to put it out there: Palin is a polarizing figure because she innately may not understand her actual sense of power but is happy being worshipped or in control.

Here’s why: Palin’s sun — ruling her life force and her innate personality — is united with Mars, the planet of drive and anger, as well as Saturn, the planet of ambition and limitation. This is extremely rare — but, to be upfront, the negatives far outweigh the positives. On one hand, having the sun in the same place as Mars gives someone immense confidence, someone who is daring, combative and argumentative. She is certainly a strong and forceful personality. Yet Saturn is like a dark cloud and with it overpowering her sun and her Mars; that creates a great innate hunger for power and recognition and, frankly, she often overcompensates in a desire to assert her ego.

Also, worse, her Mars clashes with Neptune, the planet of delusion and deception, as well. She certainly has a great deal of charisma and magnetism — which is a part of her appeal — but she elusively manipulates the way she appears to people in an effort to be different things to different communities.

She even does it on a personal level. Her moon and Mercury are linked sweetly to Venus, bringing her a disarming allure, good looks and the ability to mesmerize people with her voice and ideas. Politics aside — Palin is a person who can work many things to her advantage and for what serves her in the end. She might benefit greatly from taking a more subtle approach in order to effectively help make the world a better place.

After being married for 31 years, Palin separated from now-ex-husband Todd in 2019. Having been together for such a long time, we’d immediately assume she had a profound astrological connection with him. Now that she’s been on the prowl for a hot minute and has been single and ready to mingle, news broke that she’s allegedly been quietly dating ex-Ranger Duguay — although, on the record, they’re “just friends.” Are they compatible? Let’s take a quick dive!

Todd Palin was born on Sept. 6, 1964. That makes him a Virgo sun with a Virgo moon. His entire chart is predominantly filled with planets in Virgo and Cancer. This means that he is a practical — but also very sensitive — individual. When looking at the couple’s compatibility, we do see that there are a lot of planetary alignments that favored their union, especially around making money, building a foundation and romantic passion.

The former “First Dude” of Alaska was able to be the emotional rock for the two, as he was the one stepping back to support and nourish his wife. He may have been happy to do so, but their charts also show that he has an innate desire for power, too, so he liked being in that spotlight — and they knew they were on a track to build toward it. My compatibility rating for them is 7 out of 10.

Ron Duguay has been linked with Sarah Palin.Patrick McMullan via Getty Images

Ron Duguay was born on July 6, 1957. That makes him a Cancer sun with a Scorpio moon. When it comes to his compatibility with Palin, I’m going to just be upfront: This is a connection that is expansive, fun and filled with chemistry. But are they secretly dating? The stars do not lie: There is an immense attraction between them and they just vibe. The moon and Venus make the most connections in their compatibility, showing that this is based more on a sweet rapport that flows easily, rather than just built on fiery passion.

Of course, there are connections in their chart that speak of a mutual love for power — and they do respect one another and see that they can bring unique experiences to the other. But while there is a lot of synergy, there aren’t as many planetary links that speak about it being a long-term “forever” match. TBH: It is just a lot of fun and that’s likely what they both need. My compatibility rating for them is 5.5 out of 10.

Sarah Palin has some challenging years ahead of her.AFP via Getty Images

What are predictions for Sarah Palin?

Moving forward, Palin has some big years ahead of her for a few reasons.

First off, there is a big possibility she could get involved once again in politics — or, at the very least, step forward into the spotlight in a big way. This is tied to powerful eclipses that she will have in her career and solar sector of fame and recognition that occur in 2022 and 2023. Also, with mighty Saturn, the planet of life lessons and structure, moving through Aquarius, she is in a major period that is establishing a newfound legacy for the coming 30 years. Many new beginnings will launch tied to her core desires now until March 2023. This is a period of laying seeds that she wants to build toward.

However, the challenging news outweighs the positives in her chart for the years ahead. While I do think 2021 was a generally delightful year for her on a personal note because Jupiter was in her sun sign, from 2022 onward there are a lot of rude awakenings and a sense of living under a dark cloud.

Saturn moving over her sun will bring crisis, health problems or enemies out from the shadows to tear her down — and this energy is quite potent in 2022. Also, Uranus is aiming thunderbolts at her and will continue to do so until 2026, particularly making her feel less stable and having chaos rock the boat in regards to her domestic life and family. An intense eclipse will also electrify this same sector in her solar chart, bringing foreboding news.

My genuine advice to her would be to really focus on living with true integrity and releasing any negative attachments, patterns and baggage that are tying her down. She would do well to focus on soul-healing, reflection and opening up her heart and emotions, rather than channeling her energy into aggressive expansion. Because if she does, she’ll end up repeating negative cycles and falling into the same traps over and over again.

Kyle Thomas is a globally recognized pop culture astrologer who has been featured in ”Access Hollywood,” E! Entertainment, NBC & ABC television, Cosmopolitan Magazine, Hulu, Bustle, Elite Daily, Marie Claire and more. He is known for his cosmic guidance for celebrities, business executives and prominent influencers. His work harnesses the power of the stars in regards to entertainment lifestyle and trends affecting people worldwide. For more information, visit KyleThomasAstrology.com.