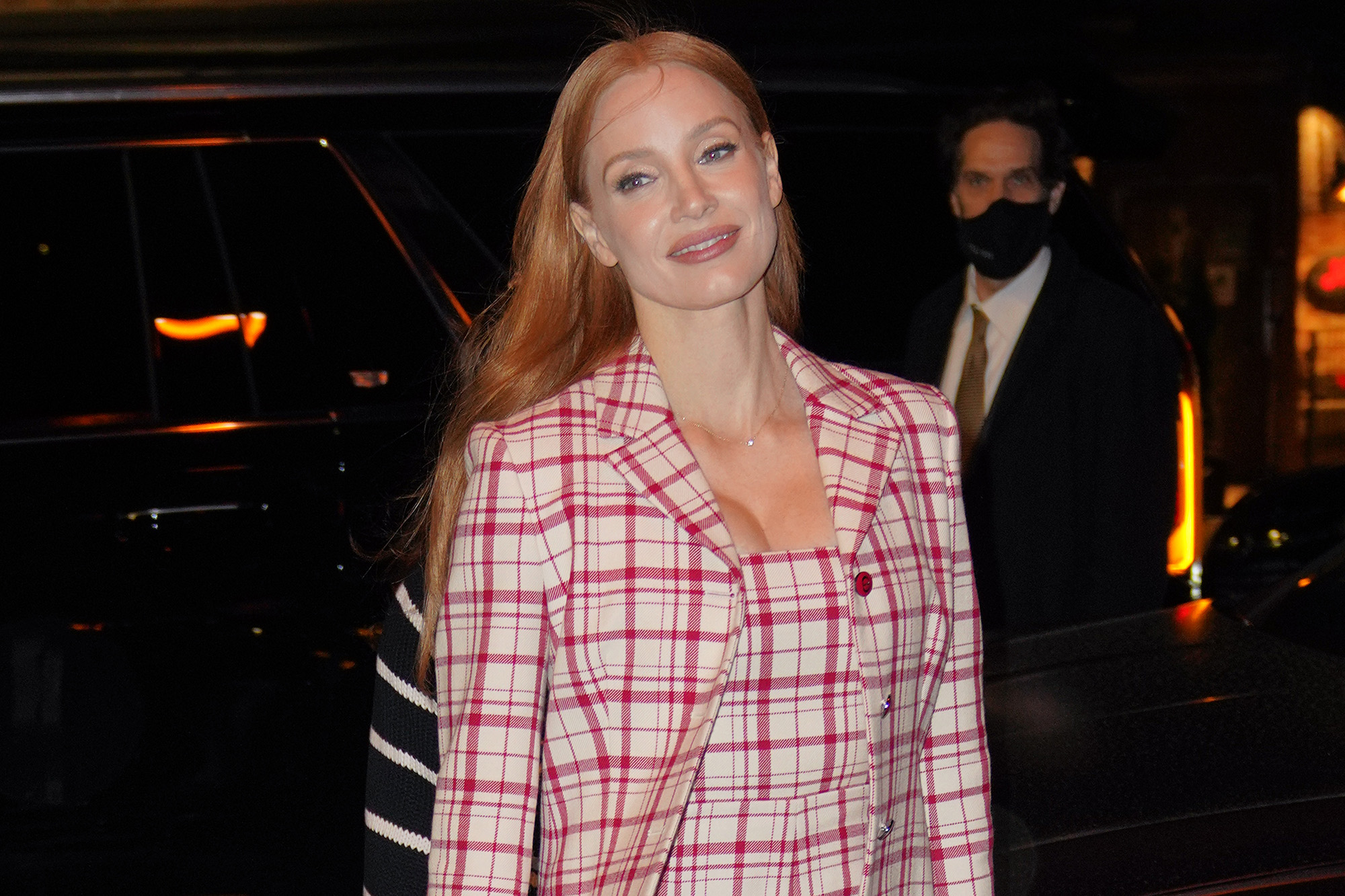 “The Eyes of Tammy Faye” star, 44, recalled her troubled upbringing and how it made her a stronger person today.

“When people see me, I think they expect a different background than I have,” the northern California native recently told the Times.

Chastain grew up with four siblings and a single mom. She was the product of a teenage pregnancy, and her family often encountered financial hardships.

She wanted to pursue her passion for acting and had to work at a performing arts school in order to take classes there since “there was no way my family could afford it.”

“There were people that saw I was struggling as a kid, and they helped me,” she added. “And that’s why I ended up where I am now.”

“The Help” star attributes her access to Planned Parenthood and birth control for giving her options. “I’m the first person in my family to not be pregnant when I was 17. It had a great impact on my life because it gave me choice,” she added. Chastain is now mother to two kids with husband Gian Luca Passi de Preposulo.

The Oscar nominee then explained, “It makes me sick to even say this, but I never think in terms of ‘how do I get more things in this industry?’ I have a rebellious streak because I grew up with a lot of resentment, because we didn’t have things, like even food.”

“The Help” actress said, “There were people that saw I was struggling as a kid and they helped me. And that’s why I ended up where I am now.”Getty Images

“I don’t talk about it much, but it was really, it was not what you would expect,” she added. “So because I come from that place, I know what it’s like. And it makes me angry. And I don’t [want] anyone else to be denied anything. In terms of a voice, being seen, being acknowledged and valued.”

She previously opened up to the Irish Times in 2017 regarding her “very difficult upbringing,” adding, “I did grow up with a single mother who worked very hard to put food on our table. We did not have money.”

“There were many nights when we had to go to sleep without eating,” she shared. “It was a very difficult upbringing. Things weren’t easy for me growing up . . . Because of my mother, I do always try to think about how something must be for someone else. I’m not so interested in myself. I’m interested in other people.”