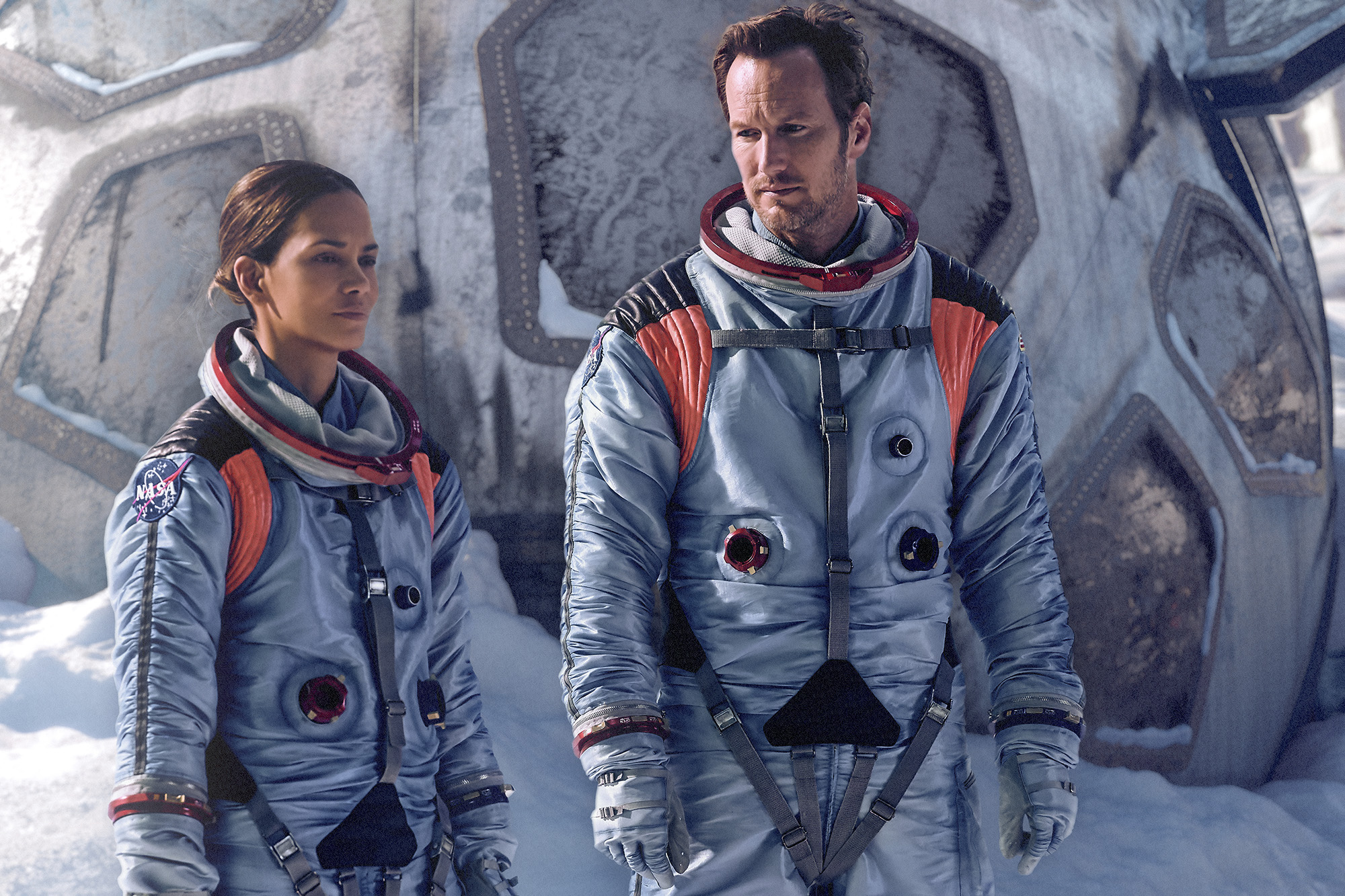 Roland Emmerich has actually done it. He’s co-written and directed a film that’s somehow more ludicrous than “The Day After Tomorrow,” “2012” and “Independence Day” combined. His 1998 “Godzilla” is Oscar-worthy kitchen-sink realism next to the new “Moonfall.”

On paper, “Moonfall” has all the hallmarks of an Emmerich blockbuster — natural disasters, parents separated from children, the total annihilation of Manhattan — but with a twist so baffling, you pinch your arm to make sure you are really awake. No need to reach for your dream journal — it’s all painfully real.

The lunar-cy begins during a routine space station mission in outer space with Jocinda (Halle Berry), Brian (Patrick Wilson) and another astronaut. When a “mysterious, technological space anomaly” attacks them, their colleague dies. But a skeptical NASA claims Brian screwed up, and is lying about what he saw.

Halle Berry and Patrick Wilson play astronauts out to save the world in Roland Emmerich’s “Moonfall.” AP

So he’s brutalized by the media and becomes an ostracized “has been.” The notion that America would ever revolt against an astronaut, one of the most revered professions in the world, for making an error on the job is utterly ridiculous. But that’s par for the Emmerich course.

Ten years later, Brian is divorced with a rebel son (Charlie Plummer) and can’t pay the rent, while Jocinda is a bigwig at NASA. That’s when the dreaded anomaly returns and blows the moon right off its orbit. The tides rise and flood Los Angeles, objects float in midair and oxygen levels wildly fluctuate. Soon, giant chunks of the moon will rain down and destroy earth.

Brian (Patrick Wilson) is attacked by a mysterious entity during a routine space mission in “Moonfall.” AP

And the only guy who saw it coming was KC (John Bradley, a k a Samwell Tarly from “Game of Thrones”), a fast food employee and conspiracy theorist with a cat named Fuzz Aldrin.

KC, a more obnoxious Henny Penny, posits that the moon is actually a hollowed-out, alien-built “megastructure” surrounding a white dwarf star. It’s around here that you start to miss the simple pleasures of London plunging into an ice age.

The only way to save the world — and redeem Brian’s reputation — is for him and Jocinda to fly to the center of the moon and release some sort of probe. But they gotta act fast before the yee-haw US government nukes the celestial body to smithereens.

That loony plot is dotted with action sequences that are too preposterous to be captivating: a space shuttle trying to make it into the sky before it’s hit by a tidal wave and an unnecessary car chase in which an SUV bounces off a piece of rubble that’s about to fall off a cliff. Humanity is hours away from being wiped out, and we’re throwing in a car chase?

KC joins Jocinda and Brian on their mission and we learn that going into space takes no training and just a basic understanding of flipping switches.

The ending of “Moonfall” is preposterous, even for science-fiction. AP

Emmerich’s dialogue almost parodies the sentiment and gravitas in that of his old movies from the 1990s (Bill Pullman’s speech in “Independence Day” is legitimately top-drawer stuff). Berry, who’s praying nobody comes to see this dreck, gets to yell, “I work for the American people, and you are keeping them from the truth!”

What gives you whiplash, however, is the final half hour, in which the movie is wrapped up in the most neat and nonsensical way imaginable. What should be an empty-headed, world-destruction popcorn flick turns into the moron cousin of “Star Trek II: The Wrath of Khan.”

A huge sigh of relief is heaved after two hours when you can finally say, “Goodnight, ‘Moonfall.’ ”