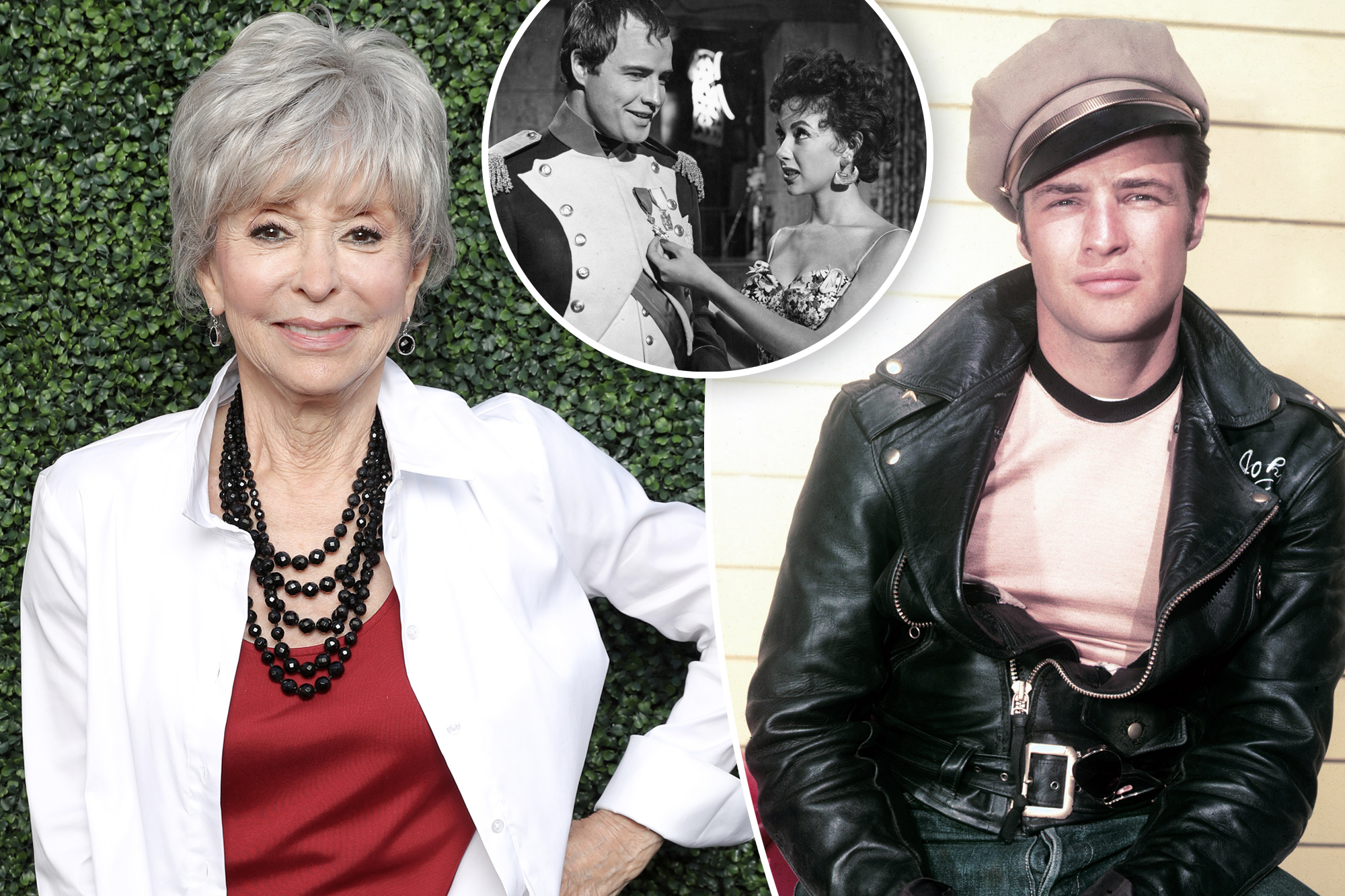 Rita Moreno revealed her eight-year relationship with Marlon Brando was so volatile she once tried to take her own life.

The “West Side Story” actress, now 90, was on-and-off with the actor for almost a decade after meeting on the set of “Désirée” in 1954 when she was just 22 years old.

“Ultimately, it was exciting to be with Marlon,” Moreno told Jessica Chastain during Variety’s “Actors on Actors” chat. “Oh, my God, it was exciting. He was extraordinary in many, many ways, but he was a bad guy.”

She added, “He was a bad guy when it came to women. I was such a different person then. I had all the makings of a doormat.”

The EGOT winner went on to explain that Brando would often try and lie to her, but she always knew.

“I’d say, ‘Marlon, look at me.’ And he’d start to grin this kind of — I don’t want to use the bad word — that poop-eating grin. I could read him like a book and that’s why he loved me, and that’s why he mistreated me in so many ways.”

She then admitted she “tried to end [her] life with pills in his house.”

“I didn’t understand that if I was going to kill this pathetic, sad, trod-upon Rita, the rest of Rita was also going to go with me,” she said. “I really didn’t seem to understand that. But that’s what the attempt was. It was an attempt.”

Moreno reunited with Brando on-screen for “Night of the Following Day” in 1969.FilmPublicityArchive/United Arch

The pair came together again on the set of the 1969 film “The Night of the Following Day” during which Moreno claims Brando wanted to renew their relationship. But by then Moreno was married to cardiologist-turned-manager Leonard Gordon with whom she shared one daughter, Fernanda.

He was ready to have a go again,” she explained. “I didn’t want that. But he did. He lost a big part of himself, I think. The good part of him, the good Marlon that Rita loved. It was very complicated. Really, really complicated.”

In 2018, Moreno revealed to Wendy Williams what kept their relationship going for so long.

“He was the king of movies … he was really one of the most sexual men on Earth,” she said. “It was one of those very tempestuous love affairs.”

She had previously referred to the Oscar winner as the “lust of my life.”

Brando, who died in 2004 at the age of 80, had a complicated personal life that included multiple marriages and eleven children.