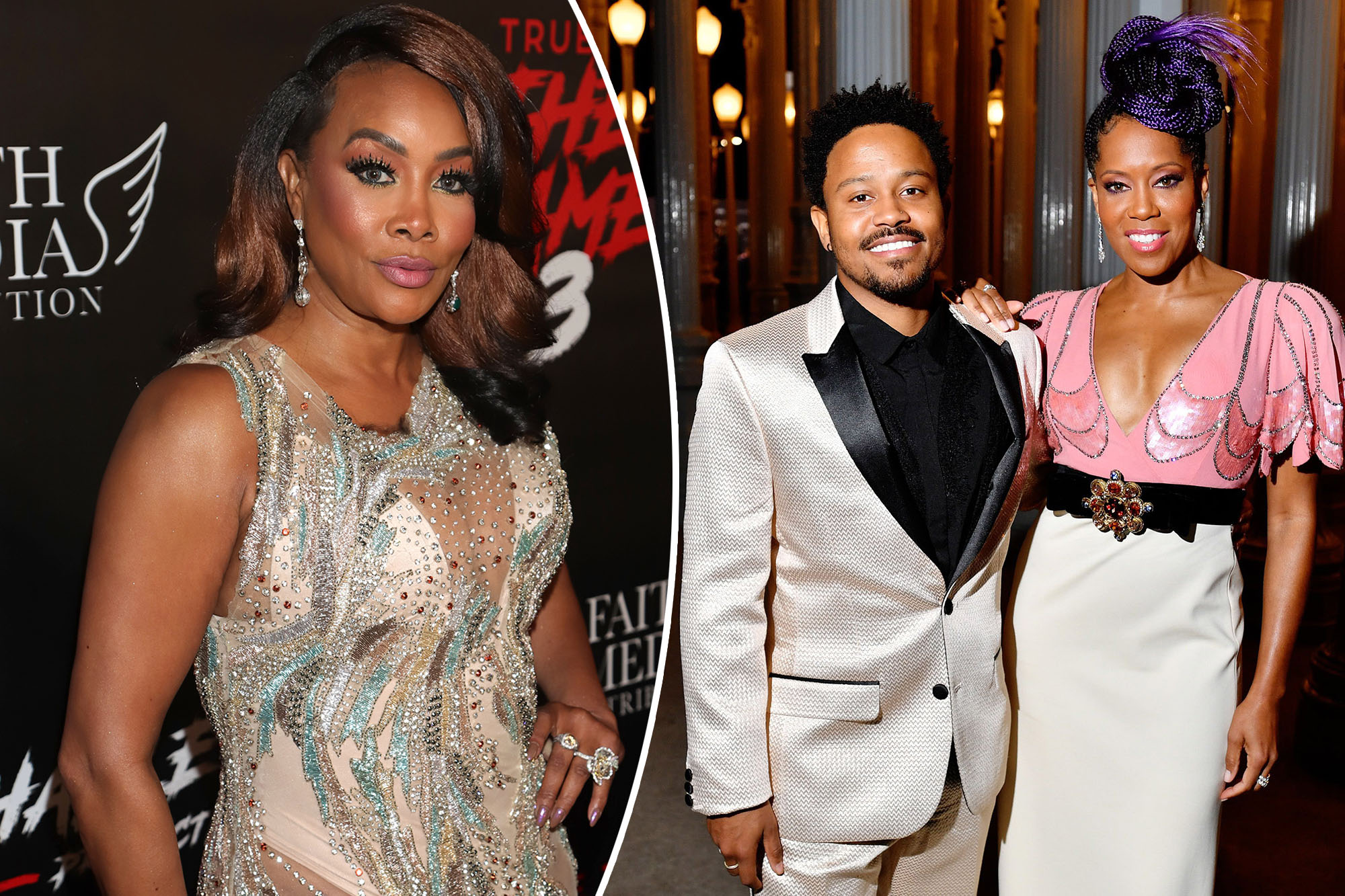 Vivica A. Fox spoke on behalf of her “friend and sister” Regina King Monday, sharing that the Oscar winner is doing “okay” following the death last week of her son Ian Alexander Jr. by suicide.

“I was with Regina last night,” Fox, 57, shared, as she held back tears on FOX Soul’s “Cocktails with Queens.” “She’s okay.”

“More than anything else, I’m glad I got to hug her and look in her eyes,” she continued. “This has been absolutely one of the longest weekends that I’ve ever had in my life. It’s like I can’t stop crying.”

Fox added that King wanted to assure fans that she is “surrounded by so much love” during this trying time.

“She said to tell everybody that she’s gotten y’all texts,” Fox said. “The outpouring of love for her, her family and her son … she appreciates it.”

Vivica A. Fox paid a visit to Regina King’s home after the actress lost her son to suicide. Getty Images for A Manny Halley

King confirmed the tragic news of her son’s death in a statement to People Friday night.

“Our family is devastated at the deepest level by the loss of Ian,” the statement read. “He is such a bright light who cared so deeply about the happiness of others. Our family asks for respectful consideration during this private time. Thank you.”

Vivica A. Fox and Regina King — seen above in 2005 — have been friends for over 20 years. WireImage for J Records

Fox continued, “I just pray that what we do more than anything else for our sons, for our children … COVID and everything has got everybody in a dark spot, in a dark place. If y’all see any signs of someone being in distress or if somebody reaches out to you that is maybe not having a good day … stop, take a moment, make sure they are okay.”

In addition to Fox, King has received an outpouring of support from her industry peers, including Rosanna Arquette, Halle Berry and Michelle Pfeiffer.