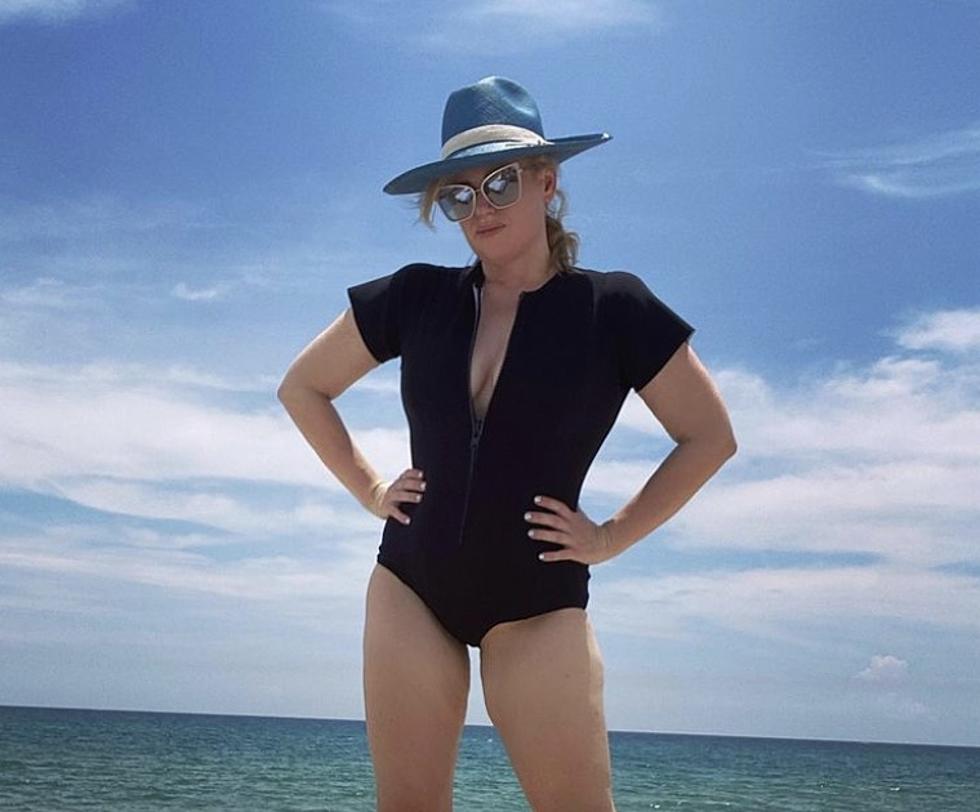 Rebel Wilson looks stunning in her newest post from the set of Senior Year! The actress celebrated wrapping up the movie with a cute dance! Rebel Wilson took to her go-to social media platform to share a video in which she can be seen dancing around while rocking a pair of low-rise flared jeans, alongside her co-star, Angourie Rice.

The latter plays a younger version of her character, Ruby and the two were wearing the exact same outfit! As for the Netflix movie, Rebel plays a cheerleader who falls into a coma for no less than 20 years only to then wake up and go back to high school so that she can have her queen status back after all that time! With that being said, it makes perfect sense why they are both wearing an outfit that makes us think of the early 2000s.

It features a striped t-shirt in pink, a tank top over it as well as the previously mentioned low rise flared jeans! The video fans were able to see, seems to be from behind the scenes of the movie and shows the two actresses dancing in a red convertible, a fan blowing towards them! The film’s release date is yet to be announced but it is expected that it will debut sometime next year. Aside from portraying the main character, Rebel Wilson is also a producer for the movie. This comes after Rebel took a break from acting following 2019’s Isn’t It Romantic. During that time, the actress focused on her health, managing to lose no less than 60 pounds amid the 2020 quarantine! In an interview for People in November, she opened up about her weight loss journey, saying that ‘You never want it to be about the number, because it really isn’t about that. It is about: I was doing some unhealthy things to my own body and just wanted to change that and become a healthier person. I would say to everybody out there do not be obsessed about how much you weigh. It is more about all the healthy practices, and after that, the changes to your whole lifestyle.’

Vin Diesel Teases That Paul Walker’s Daughter Might Join The Fast & Furious Cast!
Halle Bailey Says That Shooting For The Live-Action ‘Little Mermaid’ Movie Was Her ‘Toughest’ Experience Yet
Comment