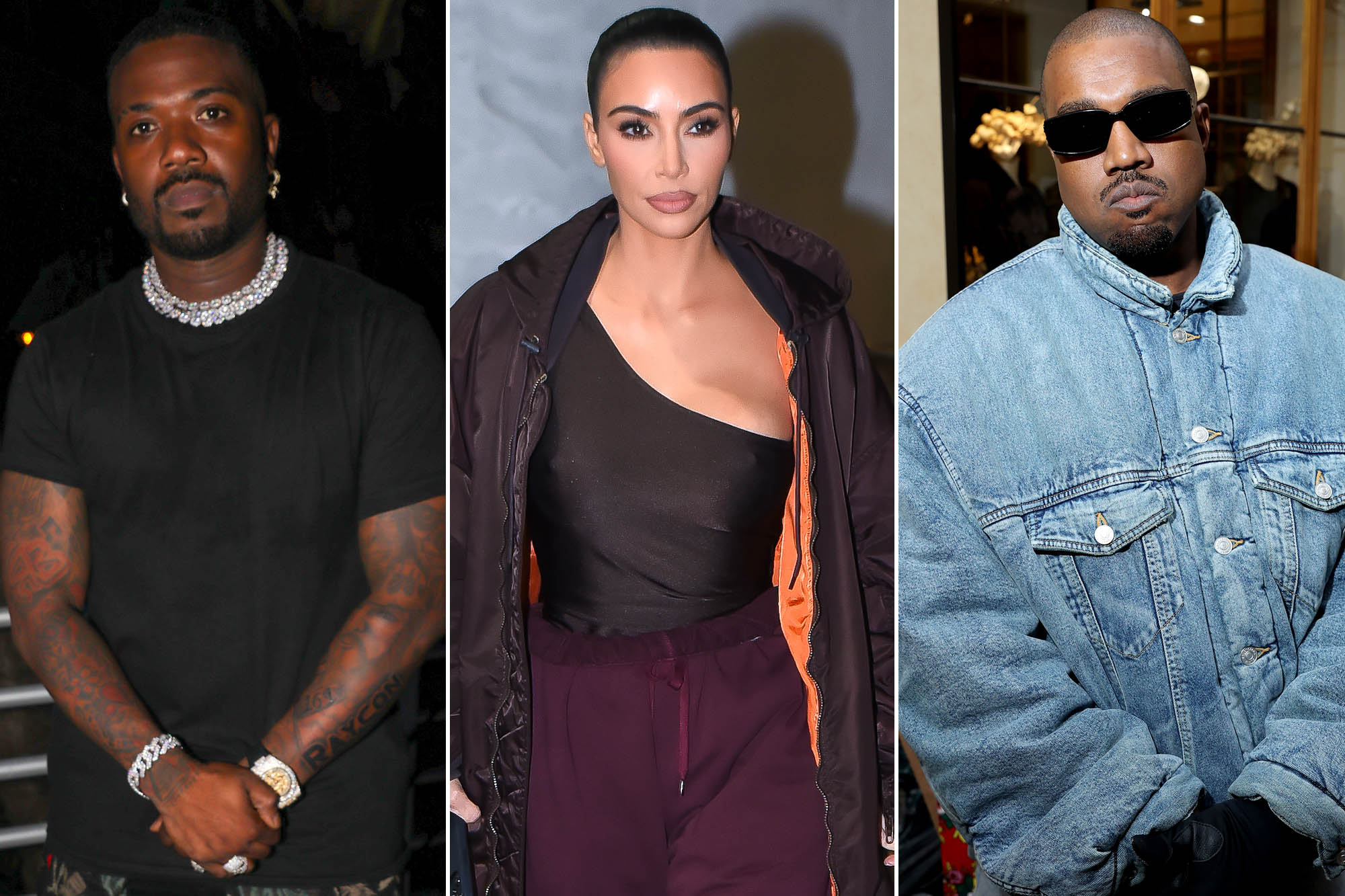 Ray’s tweet came after the Yeezy designer, 44, told Jason Lee of “Hollywood Unlocked” in an interview that aired Monday that he had picked up a laptop from Ray that apparently contained explicit footage.

“I went and got the laptop from Ray J myself that night,” West said during the interview. “I met this man at the airport, then got on a red-eye, came back [and] delivered it to her at 8 a.m. in the morning.”

Ye further claimed that his estranged wife was so relieved at the sight of the laptop that she broke down in tears.

Not long after the interview aired did a spokesperson for Kardashian acknowledge there was a laptop but denied that it contained anything inappropriate.

“After review, there was nothing sexual unseen, only footage on the plane on the way to Mexico and footage at a club and restaurant on the same trip,” read the statement.

“Kim remains firm in her belief that there is no new second tape that exists. After 20 years, she truly wishes to move on from this chapter [and] focus instead on the positive things she continues to do as a mother, entrepreneur and advocate for justice reform.”

A source also exclusively told Page Six that Kardashian, 41, was “very emotional” when her estranged husband returned with the computer and hard drive.

“Kim was and still is truly grateful to Kanye for getting it back,” our insider shared. “The [original 2007 sex] tape caused her a lot of pain and continues to haunt her to this day. Even though they are no longer together as a couple, they remain aligned with the same concerns about how this content that continues to be used against her will affect their four young kids in the future.”