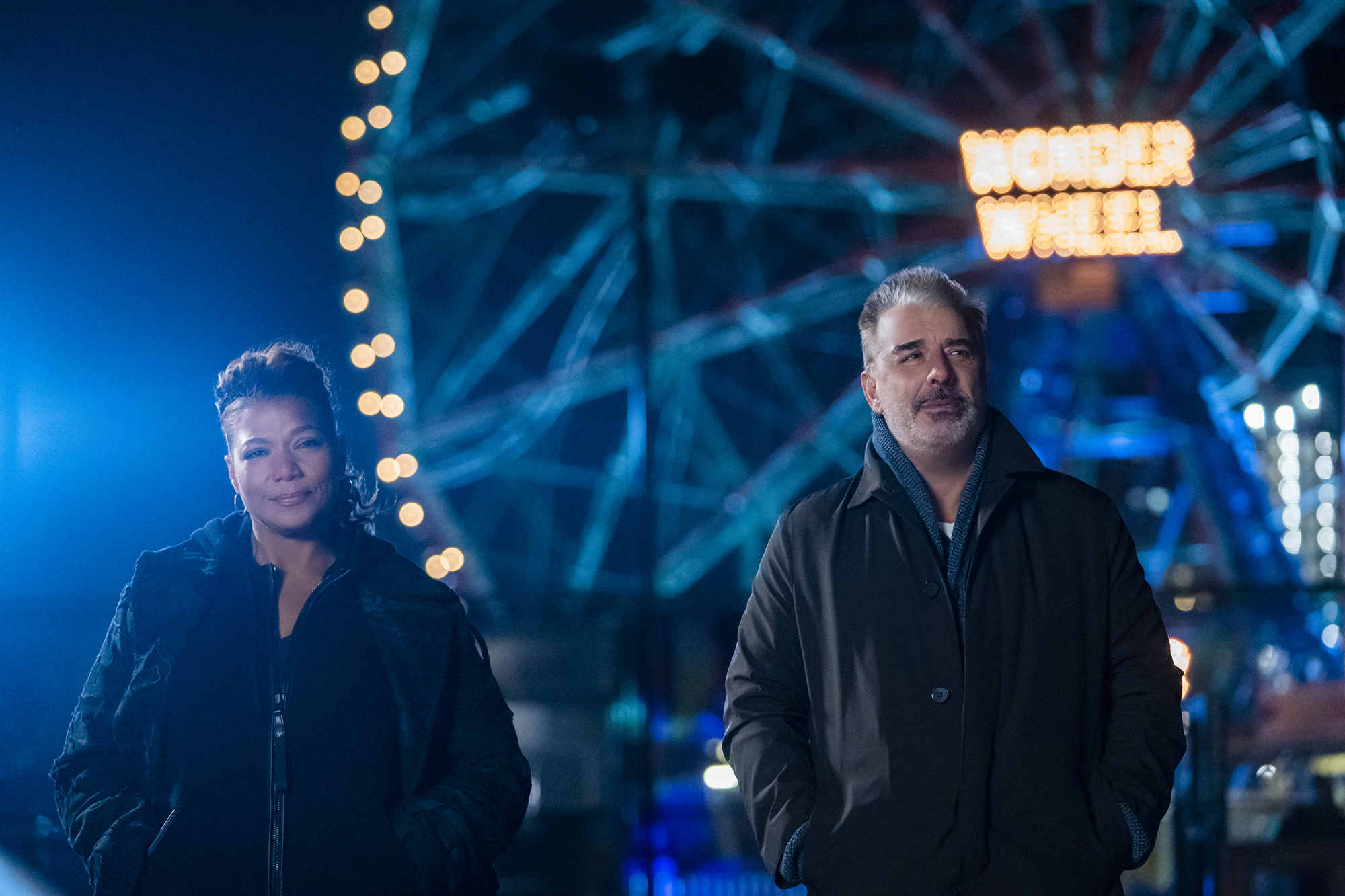 Noth, 67, was ousted from the CBS drama as well as the “Sex and the City” spinoff “And Just Like That” last year following allegations of sexual assault.

Latifah, 51, told People what she thought about Noth’s dismissal as well as his character being written off.

“It’s still surreal. It is such a dicey, delicate situation that requires a great deal of respect,” the “U.N.I.T.Y.” singer said. “That’s a personal thing that he’s going to have to deal with.”

“We are figuring out what we want to do creatively on the show and how we’re going to deal with that character,” she added.

“Chris’ character is obviously a big part of the show and it was amazing chemistry, amazing chemistry,” Latifah explained. “And my feeling is justice has to prevail regardless. I just want the right things to be done, you know?”

Noth was accused of assaulting four different women in incidents dating back to the ‘90s.CBS via Getty Images

In December, Universal Television and CBS revealed in a statement that the “Good Wife” actor was let go from the show. “Chris Noth will no longer film additional episodes of ‘The Equalizer,’ effective immediately,” the note said at the time. The actor was also dropped from his agency, A3 Artists, the Peloton ad featuring Noth was scrapped and his appearance was cut in the upcoming “And Just Like That” season finale.

Last year, four women came forward and accused him of sexual abuse dating back to the 1990s. Noth has since denied the accusations.

The “Sex and the City” alum gave a statement to Page Six shortly after the scandal went public.

“The accusations against me made by individuals I met years, even decades, ago are categorically false,” he said. “These stories could’ve been from 30 years ago or 30 days ago — no always means no — that is a line I did not cross. The encounters were consensual.”

He added, “It’s difficult not to question the timing of these stories coming out. I don’t know for certain why they are surfacing now, but I do know this: I did not assault these women.”