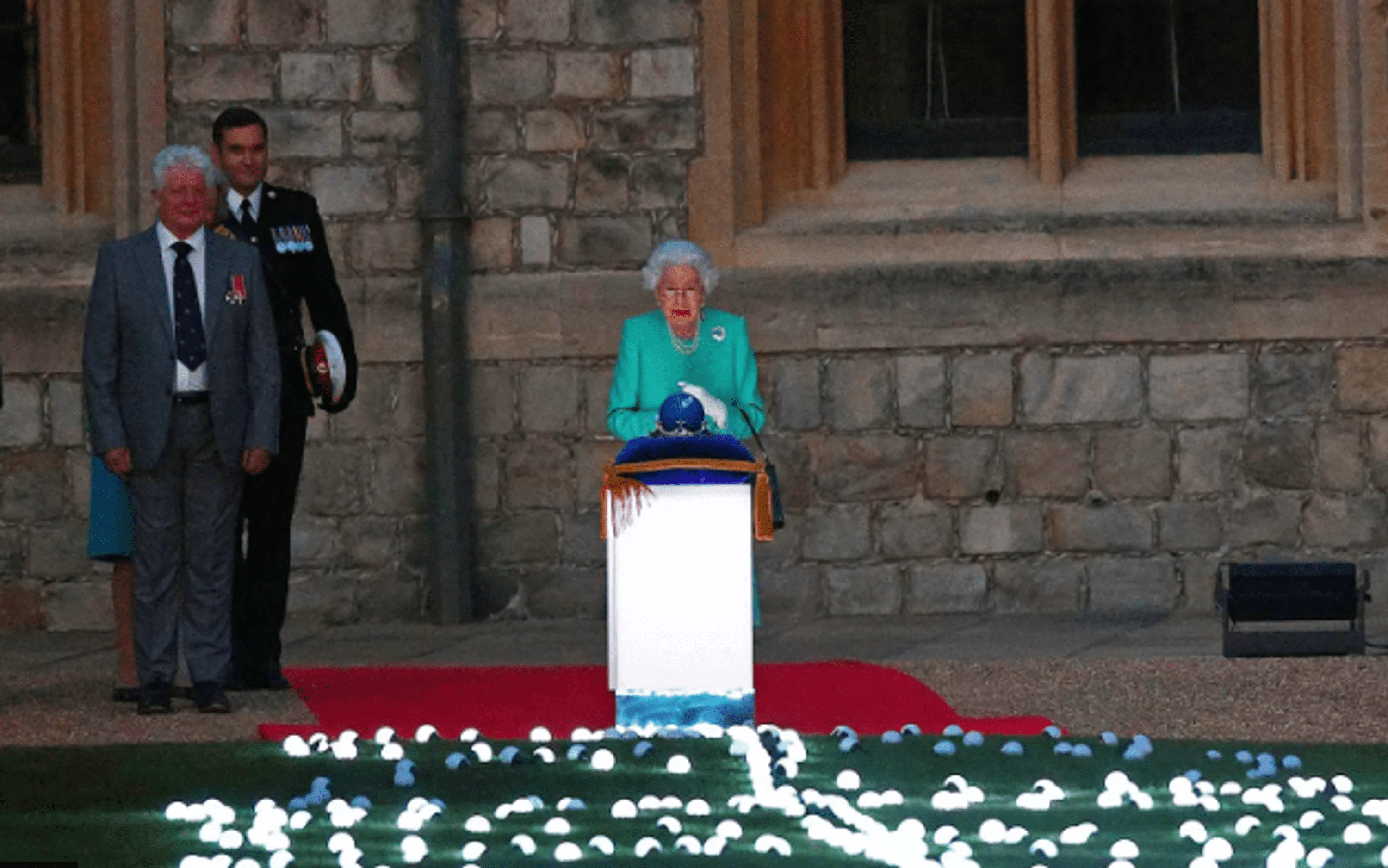 The Queen’s Platinum Jubilee celebrations are in full swing. Yesterday, Elizabeth II, together with her grandson Prince William, lit the main beacon of Great Britain and the entire Commonwealth. The Tree of Trees is the symbolic globe of the nation and consists of 350 saplings designed to pay tribute to the monarch; and is also a beautiful conclusion to the “green” initiative of Queen’s Green Canopy, whose slogan was the call: “Plant a tree for the Queen’s Platinum Jubilee.” It is worth noting that Elizabeth II led the lighting of the lighthouse at Windsor Castle, while Prince William represented the monarch at Buckingham Palace, where the official candle-playing ceremony took place. The lighthouse is shaped like a tree and is 70 feet tall (a reference to the 70 years of the reign of the monarch on the throne). After the Tree of Trees lighthouse was officially lit, around 3,000 lighthouses across the UK were lit at the same time. The ceremony at Windsor Castle took place in the residence’s main quadrangle and was hosted by Bruno Pick, who is also Project Manager for the Platinum Jubilee Lighthouses project.”. The Queen appeared at the celebration in a turquoise suit and white gloves. The image of the monarch was completed with multi-tiered beads and a special brooch in honor of the historical date. At Buckingham Palace, the process was led by Green Initiative Chairman Sir Nicholas Bacon and Tree Tree Lighthouse designer Thomas Heatherwick. The event was attended by schoolchildren, as well as young men and women who took part in the Scouts, Girlguiding, and Royal Commonwealth Fund movements. Bruno Pick said that beacons were lit throughout the Commonwealth, from Tonga to India and Rwanda. “The Queen is our country, nation, and Commonwealth. I believe that she is a person that everyone really looks up to. She raised wonderful heirs; she can be proud of her succession. The Queen knows what humility and modesty are, and even at this age, she understands that a huge responsibility lies on her shoulders. Created by Thomas Heatherwick, The Tree of Trees is a message of hope, rebirth, and optimism for the nation and the world.” Pick concluded.

The lawyer of the patient with Aphasia, Bruce Willis, came to the defense of the actor

Lawsuit against the musician Ricky Martin but an unknown resident

What Georgina Rodriguez really looks like after giving birth

Several soldiers fainted during a service in honor of the anniversary of the reign of Elizabeth II
The Royal family disclosed a new official portrait of Queen Elizabeth II
We use cookies on our website to give you the most relevant experience by remembering your preferences and repeat visits. By clicking “Accept All”, you consent to the use of ALL the cookies. However, you may visit "Cookie Settings" to provide a controlled consent.
Cookie SettingsAccept All
Manage consent