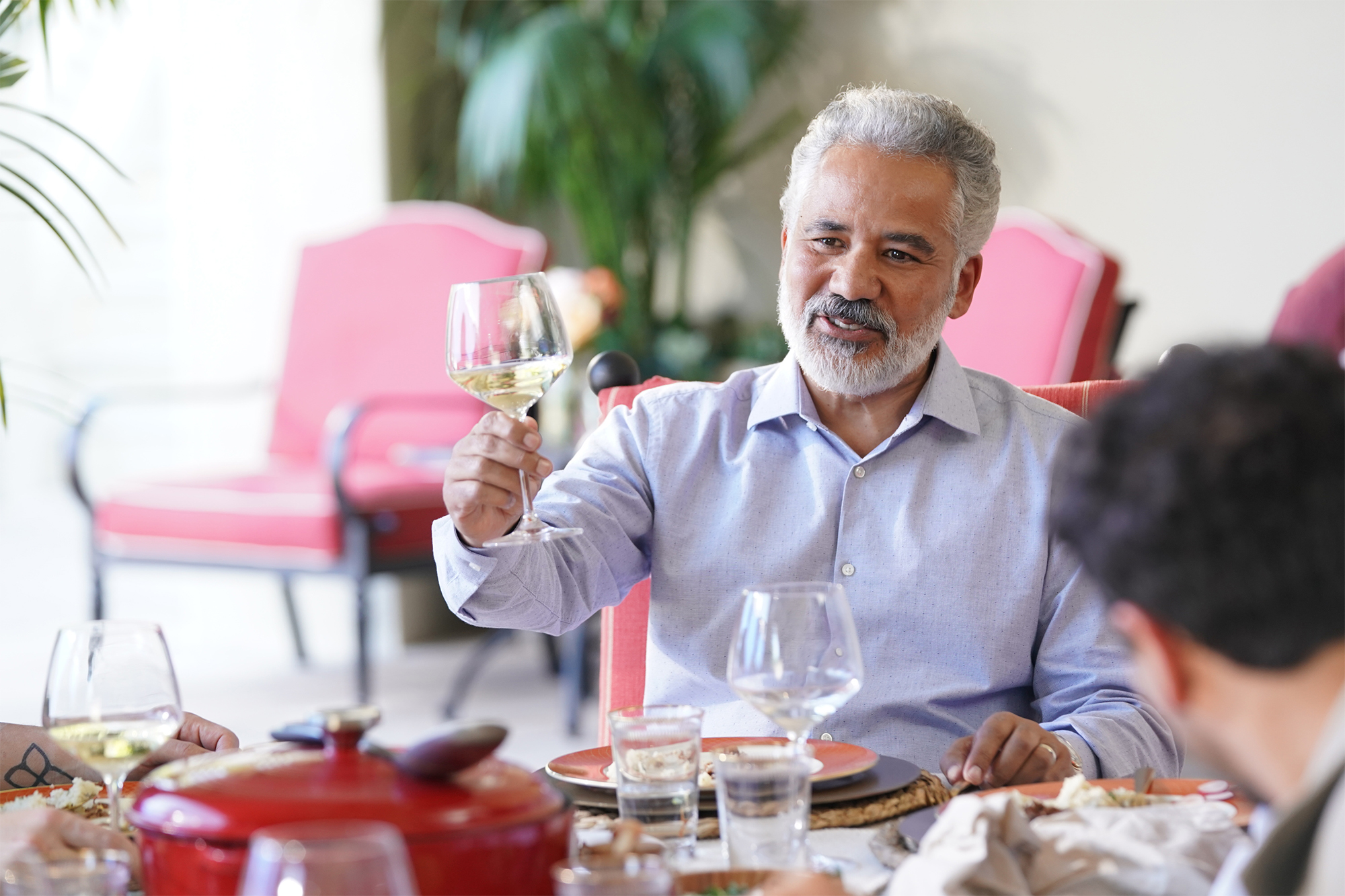 It’s been a while since we’ve had a good old-fashioned juicy primetime soap — and “Promised Land” fits the bill nicely.

The new ABC series stars John Ortiz (“Messiah,” “Togetherness”) as Joe Sandoval, the wealthy and powerful owner of Heritage House, a sprawling vineyard in the picturesque Sonoma Valley. It’s the third-largest producer of wine in the US — but, of course, there are those pesky little problems bubbling underneath the sunshine and soil feeding Joe’s grapes: family infighting, backstabbing, violence and Joe’s spiteful ex-wife, Margaret (Bellamy Young), who’s set on reclaiming the vineyard she thinks Joe stole from her late father. “Don’t mess with my company,” Joe warns her in a chilly sitdown meeting. Oh, but you know she will.

There’s enough intrigue crammed into the opening episode to fuel a short miniseries, including a major subplot in which several illegal immigrants from Mexico, including wannabe teacher Juana (Katya Martin), cross the border, encounter bloody violence in Bakersfield, then head north to the hoped-for “better life” at Heritage House that won’t await them. It’s a timely twist, but with a sly caveat: “Promised Land” is set in the 1980s Reagan Era.

Bellamy Young as Margaret Honeycroft, Joe’s ex-wife and the mother of his three children.ABC

And then, of course, there’s the blended Latino Sandoval family at the heart of the melodrama: Joe’s loving second wife, Lettie (Cecilia Suarez); his two daughters, vineyard heir-apparent Veronica (Christina Ochoa) and the younger Carmen (Mariel Molino); his prodigal, scheming son Antonio (Tonatiuh), back after being exiled to New York City; his rebellious high school-aged son Junior (Miguel Ángel García); and his bitter stepson, Mateo (Augusto Aguilera), who’s managing the vineyard but feels that he, not Veronica, should assume the top-dog leadership position from Joe.

There’s more, much more, but you’ll need to watch “Promised Land” to absorb the impact of several other characters thrown into this spicy stew. You may need a scorecard to keep track of everyone and their multi-layered arcs — it’s a lot to track with — but the action trots along at a nice clip and there’s certainly a lot to sink your teeth into in the upcoming episodes.

The series’ ’80s-era timeframe and its multi-generational story arc brings to mind sprawling nighttime soaps from that era — most notably “Dynasty” and “Dallas” — and “Promised Land” should prove itself a worthy successor in the genre.