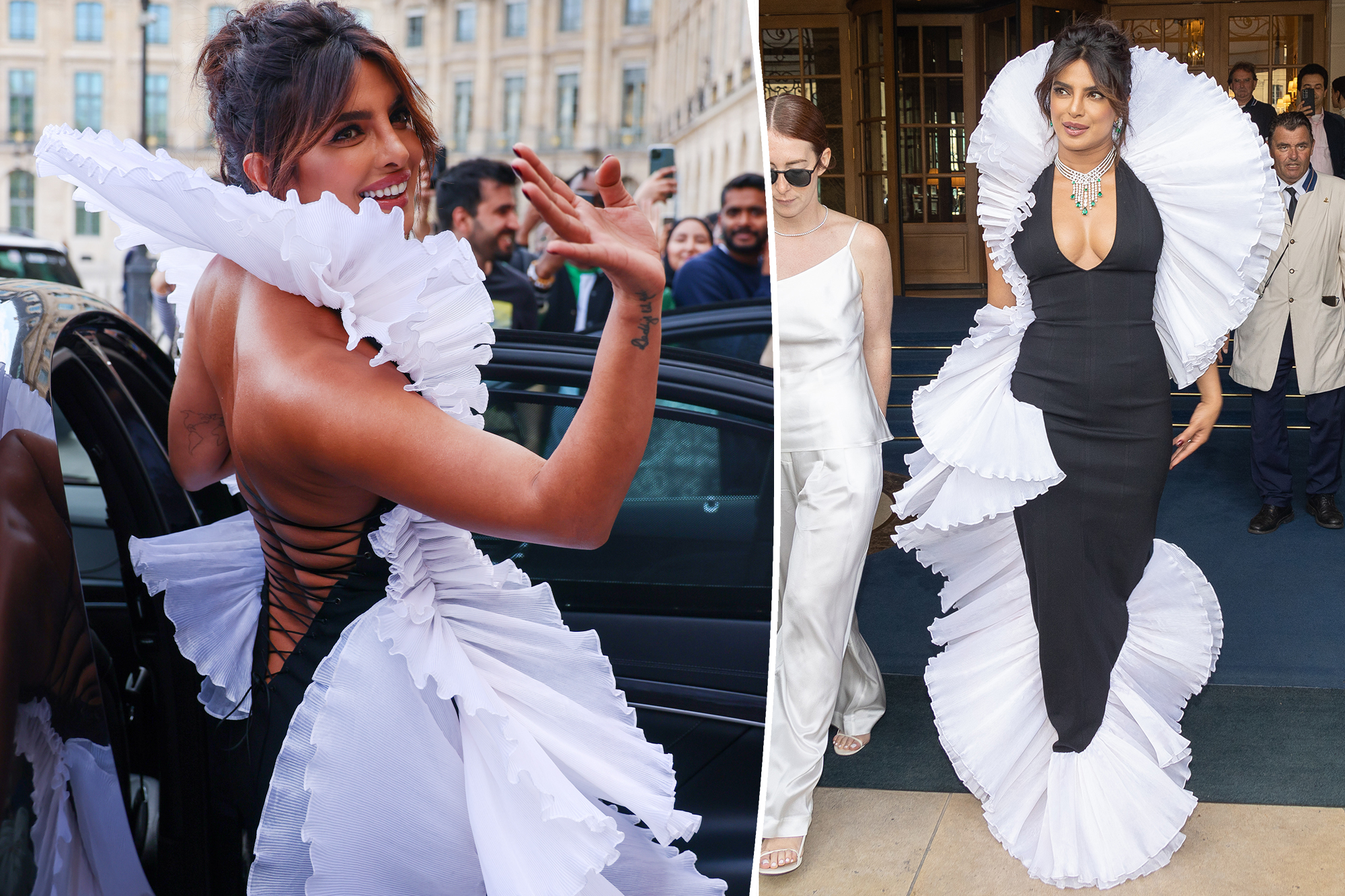 The “White Tiger” actress stepped out for a Bulgari event in the City of Light Wednesday, dressed in a black-and-white Robert Wun gown with some truly over-the-top ruffles.

The flouncy fabric circled the star’s neck and ran down both sides of the plunging black dress, framing practically her entire body in frills.

Chopra, 39, finished the look with stunning Bulgari jewelry, including a necklace set with eight emeralds and more than 100 diamonds of various sizes and shapes.

Husband Nick Jonas was clearly a fan of the look, commenting “Hot damn!” on her Instagram post.

The singer, 29, is currently performing with his brothers in a Las Vegas residency, and recently made a trip to the emergency room after suffering a blow to his hip during a softball game.

As if the front isn’t stunning enough, the back of Chopra’s look features sexy lace-up details.GC Images

The couple recently announced the surprise birth of their daughter, Malti, via surrogate, though she spent more than 100 days in the NICU after being born prematurely.

“The weight of everything is much more intense,” Jonas recently said about being a new parent. “I think it’s now about trying to be as present as possible and as thoughtful as you can be for your family, but also for other people’s journeys.”

He also posted a long, sweet message on Mother’s Day to all caretakers and gave a special shout-out to Chopra.

“Babe, you inspire me and every way, and you are taking to this new role with such ease and steadiness. I am so grateful to be on this journey with you. You are already an incredible mother,” he wrote.

Beyoncé shared a new photo and showed how to wear a figure-shaped dress this summer
Kylie Jenner and best friend Stassie twin in latex bodysuits
We use cookies on our website to give you the most relevant experience by remembering your preferences and repeat visits. By clicking “Accept All”, you consent to the use of ALL the cookies. However, you may visit "Cookie Settings" to provide a controlled consent.
Cookie SettingsAccept All
Manage consent