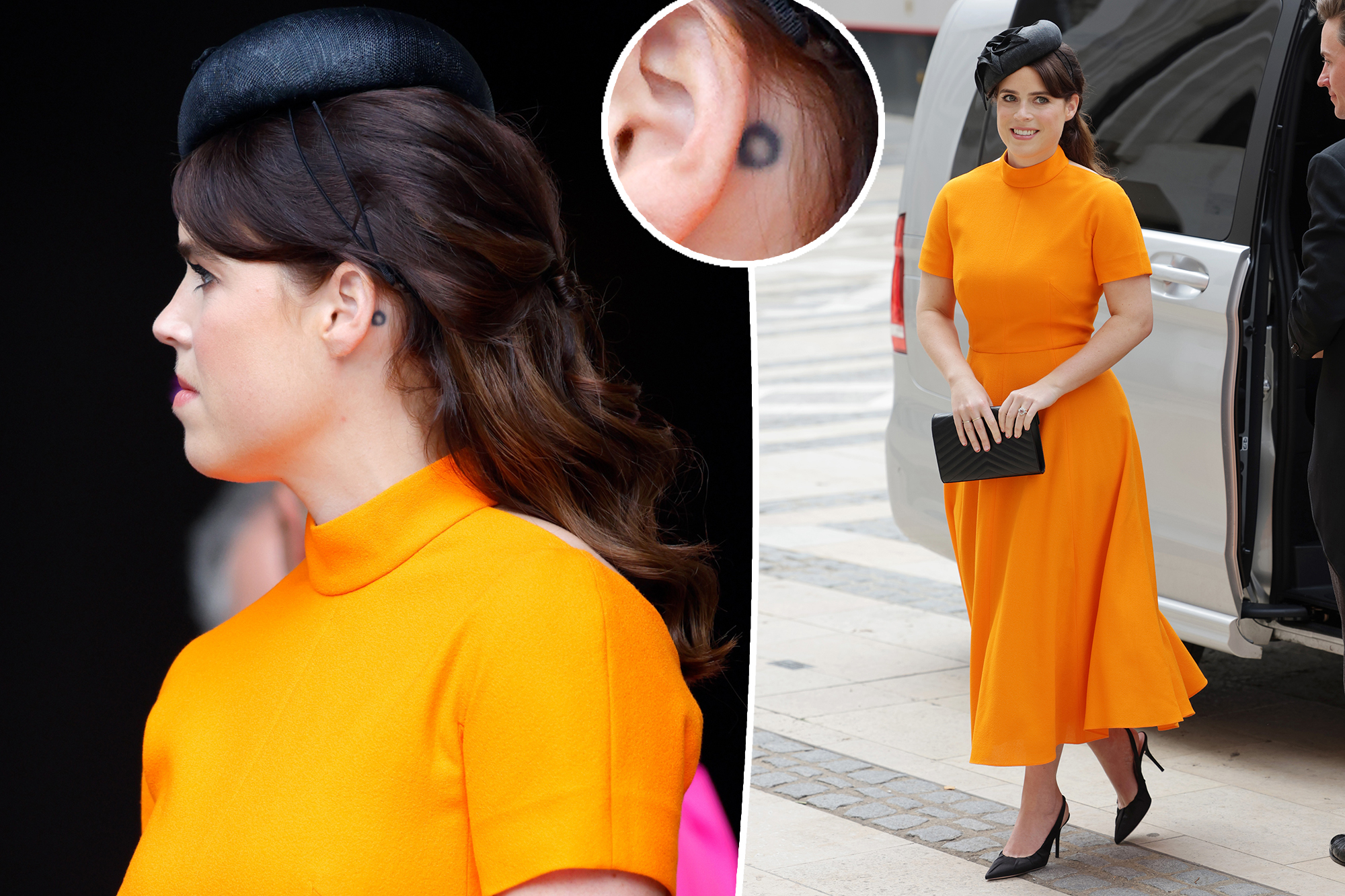 Bring out the royal tattoo artist.

Princess Eugenie, the younger daughter of Prince Andrew and ex-wife Sarah “Fergie” Ferguson, stood out from the crowd in her bold orange dress during the Queen’s Platinum Jubilee celebrations last week.

But that wasn’t the only reason the royal turned heads; she also revealed a small new circular tattoo behind her ear.

Eugenie, 23, quietly showed off her fresh ink with a half-up hairdo, black fascinator and tangerine Emilia Wickstead dress while at St. Paul’s Cathedral for the Queen’s National Service of Thanksgiving on Friday.

While it’s uncommon for royals to get inked, Eugenie isn’t alone; Amelia Windsor, the granddaughter of the Queen’s cousin the Duke of Kent, has multiple designs. Other tatted royals from around the world include Crown Prince Frederik of Denmark, Princess Stephanie of Monaco and Princess Sofia of Sweden.

The royal pulled her hair half-up and sported an orange Emilia Wickstead dress to St. Paul’s Cathedral for a Service of Thanksgiving.Getty Images

While royals tend to stick to strict dress codes when it comes to nail polish and pantyhose color, there appears to be no ban on tattoos; the Queen’s grandfather, Prince George of Wales — who went on to become King George V — was tattooed while serving in the Navy in Japan.

Surprisingly, Prince William even once considered copying friend David Beckham’s large back tattoo, but Kate Middleton is said to have ended that dream.

Little August, who appears to have inherited his grandmother’s red hair, wore a sweater featuring the Union Jack flag for the occasion.

Britney Spears’ wedding dresses, bridal looks through the years
Bella Hadid flirts with fans in new vacation photos
We use cookies on our website to give you the most relevant experience by remembering your preferences and repeat visits. By clicking “Accept All”, you consent to the use of ALL the cookies. However, you may visit "Cookie Settings" to provide a controlled consent.
Cookie SettingsAccept All
Manage consent