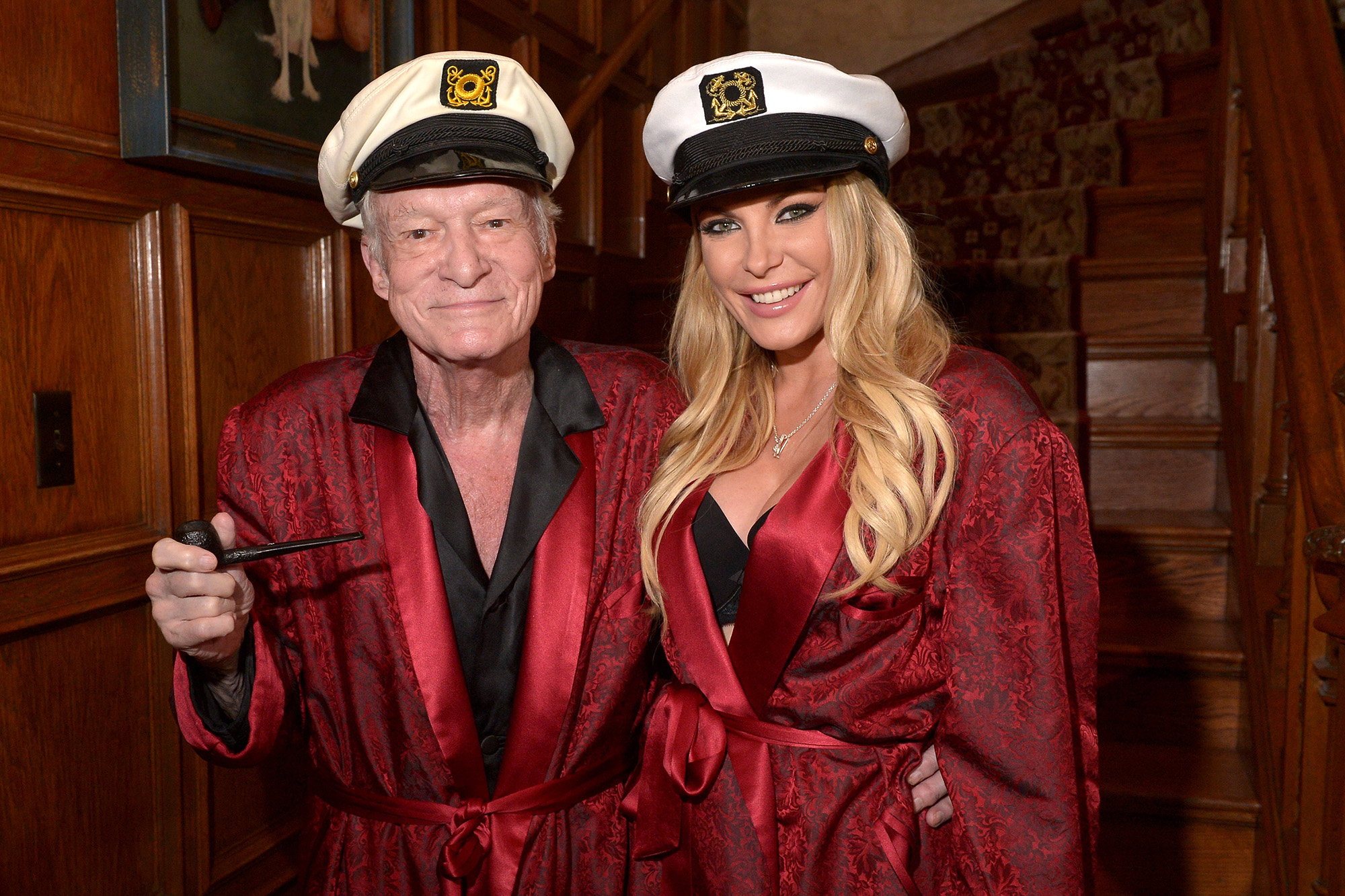 The legacy of Hugh Hefner’s Playboy empire is coming apart at the seams due to an explosive new 10-part A&E documentary, “Secrets of Playboy.”

The series, premiering Monday at 9 p.m., will pull back the curtain on the organization and its founder with accusations of predatory practices.

Ahead of the debut, the brand released an open letter that condemned “abhorrent” actions of the late magazine publisher and promised to make “positive changes.”

“First and foremost, we want to say: we trust and validate women and their stories, and we strongly support the individuals who have come forward to share their experiences,” the letter began. “As a brand with sex positivity at its core, we believe safety, security and accountability are paramount, and anything less is inexcusable.”

In its letter, the PLBY Group further assured their staff that the Hefner family is not associated with the company anymore.

“Today’s Playboy is not Hugh Hefner’s Playboy,” the statement read. Hefner died in 2017 at age 91.

“Together we are building upon the aspects of our legacy that have made a positive impact, including serving as a platform for free expression and a convener of safe conversations on sex, inclusion and freedom,” the letter continued.

“We will continue to confront any parts of our legacy that do not reflect our values today, and to build upon the progress we have made as we evolve as a company so we can drive positive change for you and our communities.”

The statement further stated that the company would “continue to fight harassment and discrimination” in the wake of allegations.

“Please join us in doing the most important thing we can do right now — listen,” the letter said. ”It is critically important that we listen as these women share their stories and continue to fight harassment and discrimination in all its forms, support healing and education, redefine tired and sexist definitions of beauty and advocate for inclusivity across gender, sexuality, race, age, ability and zip codes.”

Playboy bunny Brande Roderick and Hugh Hefner pose together at the Playmate of the Year Party in April 2001.Getty Images

Hefner’s son Cooper also responded to the series without calling it out by name.

“Some may not approve of the life my Dad chose, but my father was not a liar,” he tweeted on Sunday. “However unconventional, he was sincere in his approach and lived honestly. He was generous in nature and cared deeply for people. These salacious stories are a case study of regret becoming revenge.”

Holly Madison, a former Playboy bunny and Hefner’s girlfriend from 2001 until 2008, appears in the show and detailed her life in the infamous Playboy Mansion.

In one teaser from the doc, Madison, 42, said the atmosphere felt “cultlike” at times.

“The reason I think the mansion was very cultlike, looking back on it, is because we were all kind of gaslit and expected to think of Hef as, like, this really good guy,” she said in a show clip. “You started to feel like, ‘Oh, he’s not what they say in the media — he’s just a nice man.’”

Meanwhile, one of Hefner’s former partners was among those who recently opened up about the dark side of the media magnate and his empire.