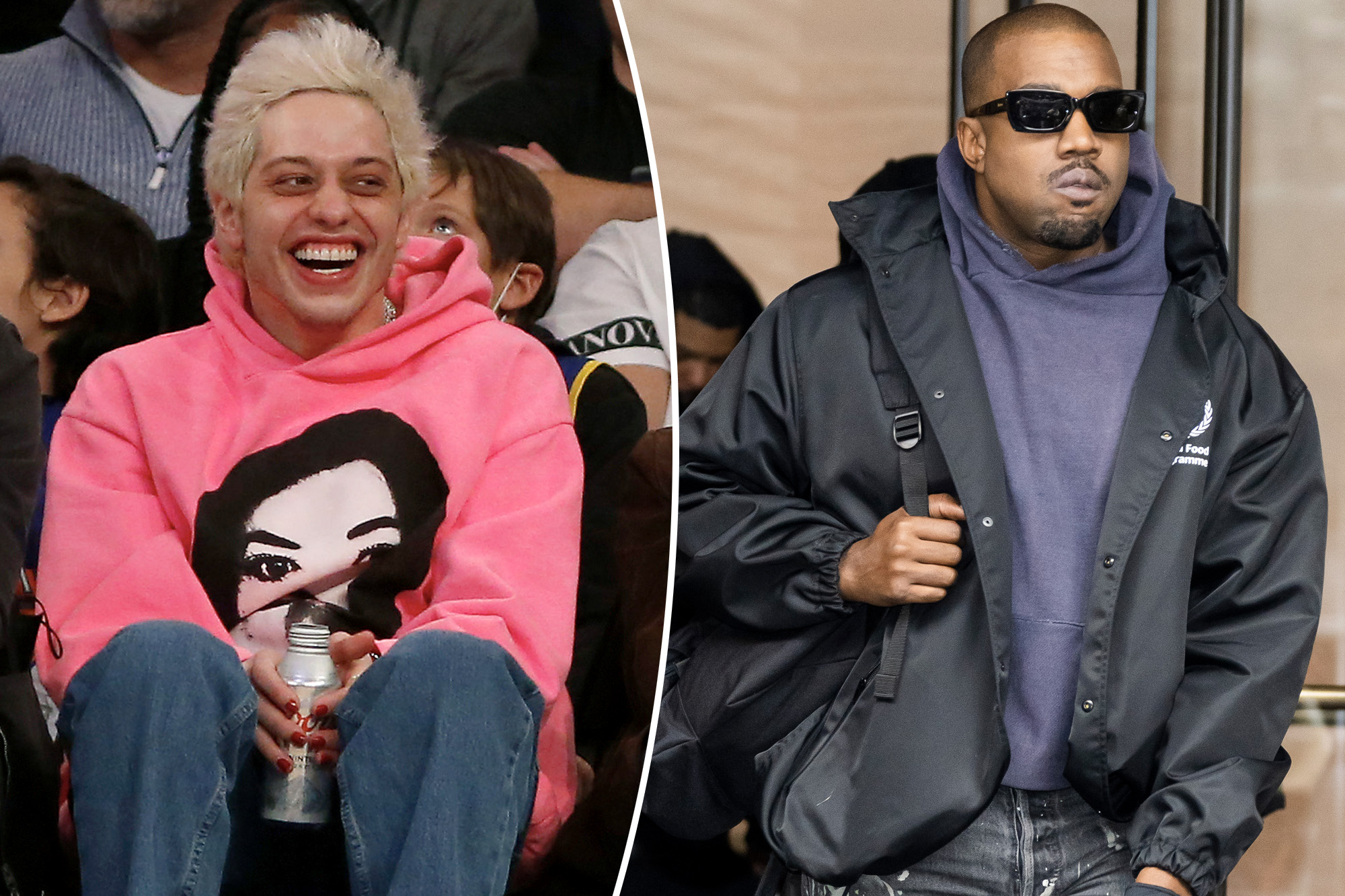 Kim Kardashian’s new boyfriend Pete Davidson isn’t exactly trembling under his bed after Kanye West said in a song that he wants to “beat [his] ass.”

In a track released last week by West and the Game, Kardashian’s estranged husband raps, “God saved me from that crash/ Just so I can beat Pete Davidson’s ass.” (He is, presumably, referring to the 2002 car accident that left him with a broken jaw.)

“Pete thinks it’s totally hilarious,” said an insider, “Not just that — he thinks the whole [tabloid drama with him, West and Kardashian] is hilarious. He loves it.”

The source said that Davidson — who has become gossip fodder because of his string of relationships with high-profile women including Ariana Grande, Cazzie David and Kaia Gerber — is used to press attention, but that being with Kardashian puts him on another level of scrutiny.

“It’s funny to him that the press wants to know his every move all of a sudden,” said the source.

West’s song also had an unexpected upside for the new couple. “The whole craziness with Kanye last week has brought Kim and Pete closer,” another source tells Page Six.

Last week, West also took aim at the comedian in an interview with Hollywood Unlocked CEO Jason Lee, in which he claimed that Kardashian prevented him from entering her home with their kids because Davidson was over.

However, a source close to Kardashian told Page Six, “Pete has yet to be introduced to Kim’s kids, and it’s widely known that whenever he visits her in LA, he stays at a hotel in Beverly Hills where she’s been spotted with him.”

West also posted a video on social media claiming he was being kept from daughter Chicago’s birthday, though he eventually made it to the celebration for his youngest daughter. (A source told Page Six that Kim and Kanye had planned and agreed on having separate parties.)

“Kim and Pete can talk to each other about what is going on,” says our source. “It’s nice to have someone to share concerns with.”

We are also told West’s ire towards Davidson actually started before he began dating his ex-wife.

After West’s appearance on “Saturday Night Live” in 2018 — during which he wore a MAGA hat and went on a meandering rant in support of Donald Trump that never made it to air — Davidson appeared on the “Weekend Update,” segment and said, “A lot of people thought [‘Weekend Update’ co-host Michael] Che should be the one to talk about Kanye, and we discussed it.

“Che is black but I am crazy and we both know what side of Kanye is at the wheel right now.”

Davidson also said, “Speaking strictly for myself, what Kanye said when we went off the air was one of the worst, most awkward things I have ever seen here and I have seen Chevy Chase talk to an intern.”

At the time, West claimed he had been bullied in rehearsals about wearing his MAGA hat which Davidson said was untrue. “I wish I had bullied you,” he said. “I wish I would have suggested that it might offend some people like your wife, or every black person ever.”

Davidson also quipped, “Kanye, I know you are like, ‘This is the real me, I’m off the meds.’ Take ’em. There is no shame in the medicine game. I’m on ’em, It’s great. There’s nothing wrong with taking them.”

West has been open about his struggles with mental health, as has Davidson.

Davidson spent time with West and Kardashian following his appearance on “SNL,” during a 2019 dinner for Kid Cudi’s birthday. He told Jimmy Fallon during an appearance on his show that Kim and Kanye were “the cutest couple ever” and “very, very sweet people.”