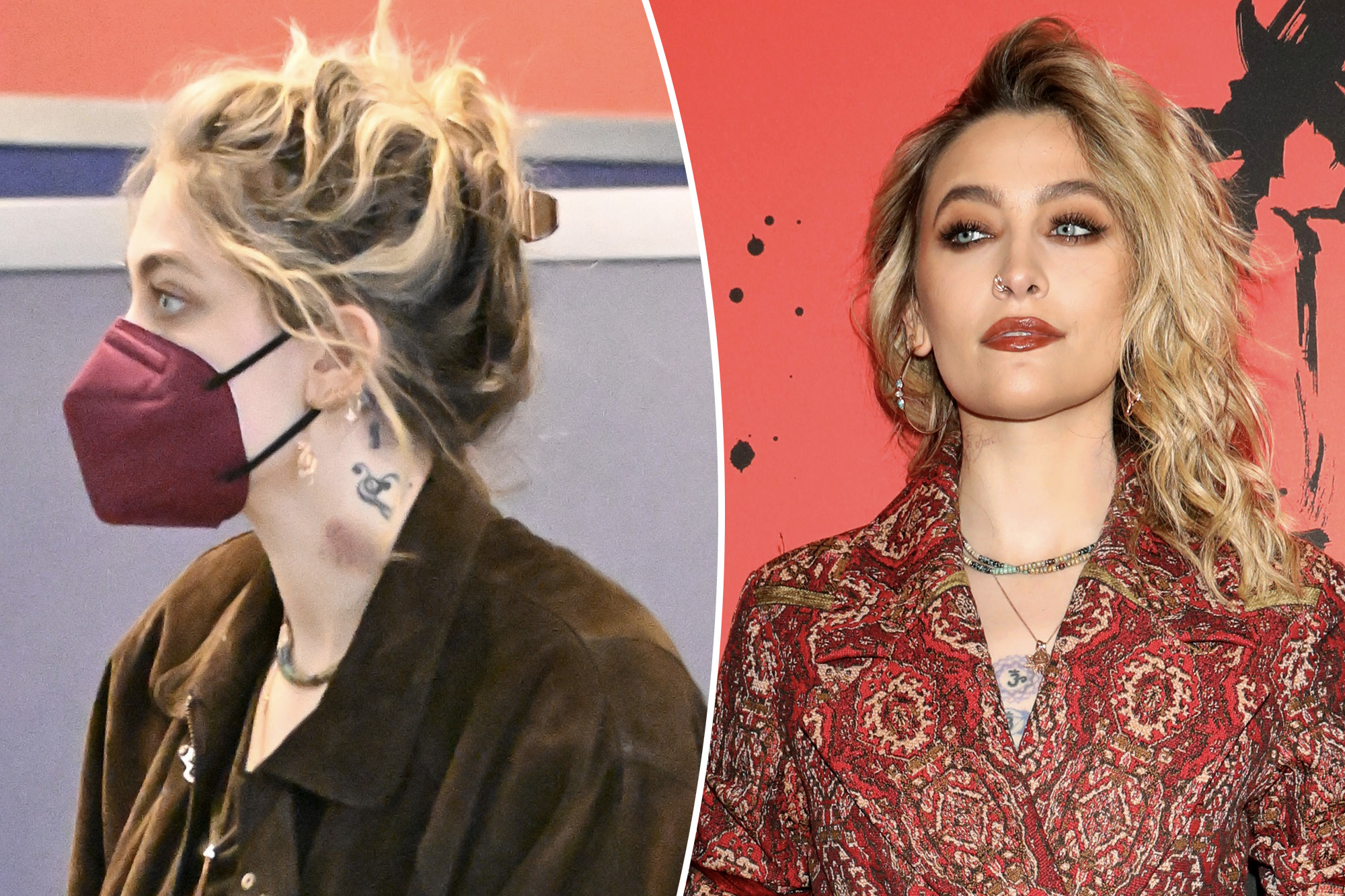 Paris is, after all, a moveable feast.

Paris Jackson appeared to be sporting a large hickey on her neck Wednesday as she was snapped at New York City’s John F. Kennedy Airport with older brother, Prince Jackson, and younger brother, Bigi Jackson.

Paris, 23, Prince, 24 and Bigi (fka Blanket), 19, were all snapped together at JFK as they headed out of the city following Tuesday’s opening night performance of “MJ: The Musical” on Broadway, based on the career of their father, the late Michael Jackson.

Paris Jackson was snapped with a very noticeable mark on her neck Wednesday. Splashnews.com / SplashNews.com

While Paris’ curly hair draped past her shoulders on the red carpet, her neck and the unmissable mark were highly visible as she walked through the terminal, hair high in a messy chignon.

It’s uncertain whether or not the mark was covered with make-up during the show, or if the “Let Down” singer acquired it following the curtain call.

Paris didn’t appear to have the hickey Tuesday night during the opening of “MJ: The Musical.” WireImage

She wore a burgundy mask in the snaps, as well as a brown coat, green leggings and Dr. Martens to the airport, in high contrast to her Broadway look: a chic red and gold wrap dress, neutral boots and colorful accessories.

Paris and Prince walk through JFK airport after a night on Broadway. Splashnews.com / SplashNews.com

Brother Prince wore a camouflage windbreaker and grey sweatpants while Bigi wore a “2020” printed hoodie and black Nike sweats, ditching the suits they donned the night before.

Prince, younger brother Bigi and others make their way through the airport. Splashnews.com / SplashNews.com

The only daughter of the “King of Pop” was said to have been incredibly moved by the production, wiping away tears while resting her head on one of her brothers’ shoulders during an emotional duet of “I’ll Be There” in the show’s first act.

Theatergoers also claim she was on the edge of her seat during the second act before being escorted out with her brothers a bit early, just before the show wrapped to a standing ovation.

A rep for Paris Jackson did not immediately return our request for comment.

Julia Fox celebrates birthday with Kanye West at Lucien
‘You’re doing the right thing’
We use cookies on our website to give you the most relevant experience by remembering your preferences and repeat visits. By clicking “Accept All”, you consent to the use of ALL the cookies. However, you may visit "Cookie Settings" to provide a controlled consent.
Cookie SettingsAccept All
Manage consent