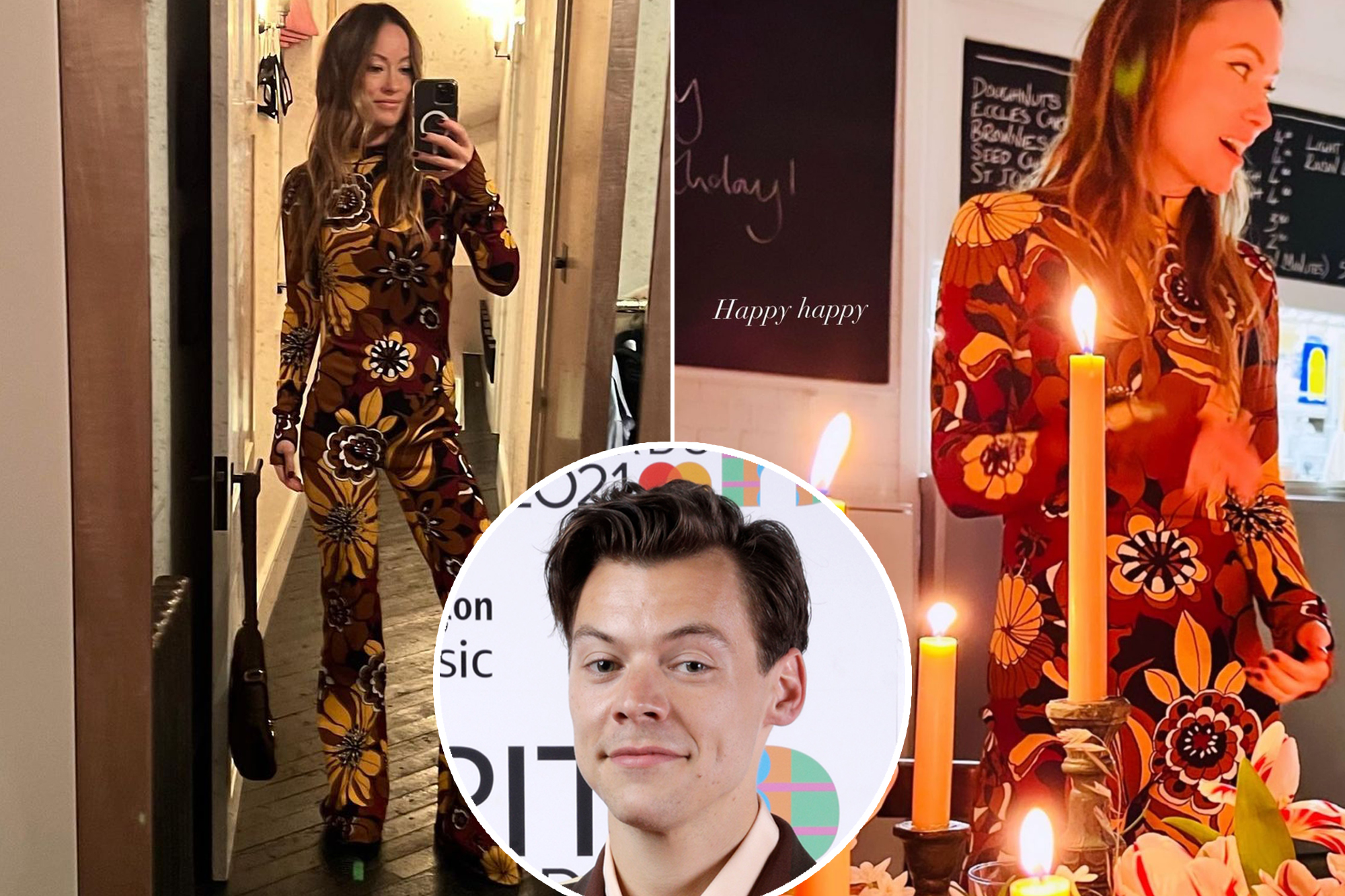 A wild outfit for a Wilde woman.

With its flared legs and earthy color palette of browns and mustards, her high-fashion onesie fit right in with Styles’ signature groovy aesthetic.

“Jumpsuit of my dreams,” the “Don’t Worry Darling” director, 37, captioned a mirror selfie in the look on her Instagram Stories Wednesday.

She also shared a shot from her beau’s birthday dinner. “Happy happy,” she wrote on a snap of herself seemingly delivering a toast at a candlelit table covered with flowers.

Wilde appeared to toast her boyfriend during his birthday dinner.oliviawilde/Instagram

Wilde previously wore a sunny yellow pantsuit by Kwaidan Editions to an Audi event in December. Other famous fans of the London label include Rihanna, Hailey Baldwin and Kim Kardashian.

Page Six exclusively revealed that Wilde and Styles were dating in January 2021, when they were spotted holding hands at the singer’s agent’s wedding. In the year since, the stylish pair — who share a love of bold prints, tailored suiting and statement hats — have enjoyed romantic vacations and nights out during his Love On Tour shows.

At the 2021 Brit Awards, Harry Styles wore a ’70s-style Gucci suit in the same colors as Wilde’s latest look.JMEnternational for BRIT Awards/

Wilde’s also used her outfits to signal that things are going strong for the couple. In addition to proudly sporting his concert merch, the actress has been spotted wearing several pieces of jewelry seemingly plucked from the “Watermelon Sugar” singer’s closet.

The story behind Katy Perry’s COVID test earrings
Josephine Skriver and Jasmine Tookes talk activewear brand Joja
We use cookies on our website to give you the most relevant experience by remembering your preferences and repeat visits. By clicking “Accept All”, you consent to the use of ALL the cookies. However, you may visit "Cookie Settings" to provide a controlled consent.
Cookie SettingsAccept All
Manage consent