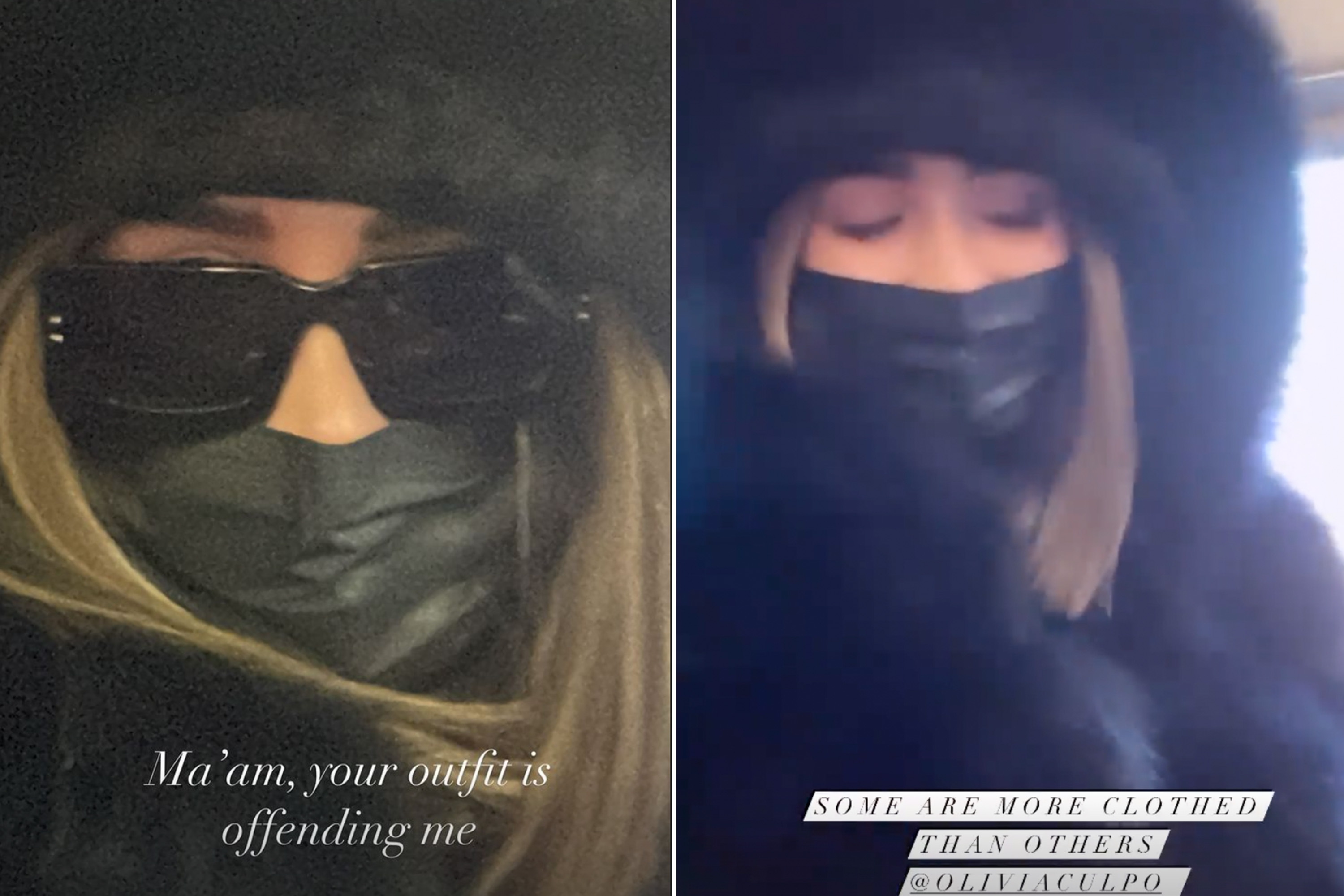 Olivia Culpo’s flying the friendly skies once more — but this time, she’s covered up.

After butting heads with American Airlines over her choice of a bralette and bike shorts for a flight to Cabo San Lucas in January, the 29-year-old style star opted for a more bundled-up outfit to jet off to the mountains this week.

“Ma’am, your outfit is offending me,” younger sister Sophia Culpo joked on her Instagram Story, sharing a close-up shot of Olivia’s all-black ensemble.

“Some are more clothed than others @oliviaculpo,” she added in a second cheeky snap.

Olivia shared a shot of her travel look — which consisted of a hooded fur vest layered over a black sweater and leggings — on her own Story as well.

“Mountain bound,” Culpo captioned a photo of her look.oliviaculpo/Instagram

Over on TikTok, the former Miss Universe shared a glimpse at some of the other outfits she packed for the sisters’ ski trip, including a brown belted leather jacket styled with an Hermès Kelly bag and matching trapper hat as well as a winter white lounge look topped off with a silver puffer coat.

Olivia’s older sister, Aurora, defended her airplane outfit last month, saying she didn’t find her Naked Cashmere set “inappropriate” or “offensive.” Still, the star was allegedly asked to “cover up” for her flight to Mexico, so she borrowed boyfriend Christian McCaffrey’s hoodie before boarding.

American Airlines asked Culpo to “cover up” after she showed up for her flight in this Naked Cashmere look.auroraculpo/Instagram

Olivia later joked about her dress-code drama on Instagram, posing in a sexy, open-sided Aya Muse number ($513) and quipping in her caption, “Please use caution while using the overheard bins as items may have shifted during flight.”