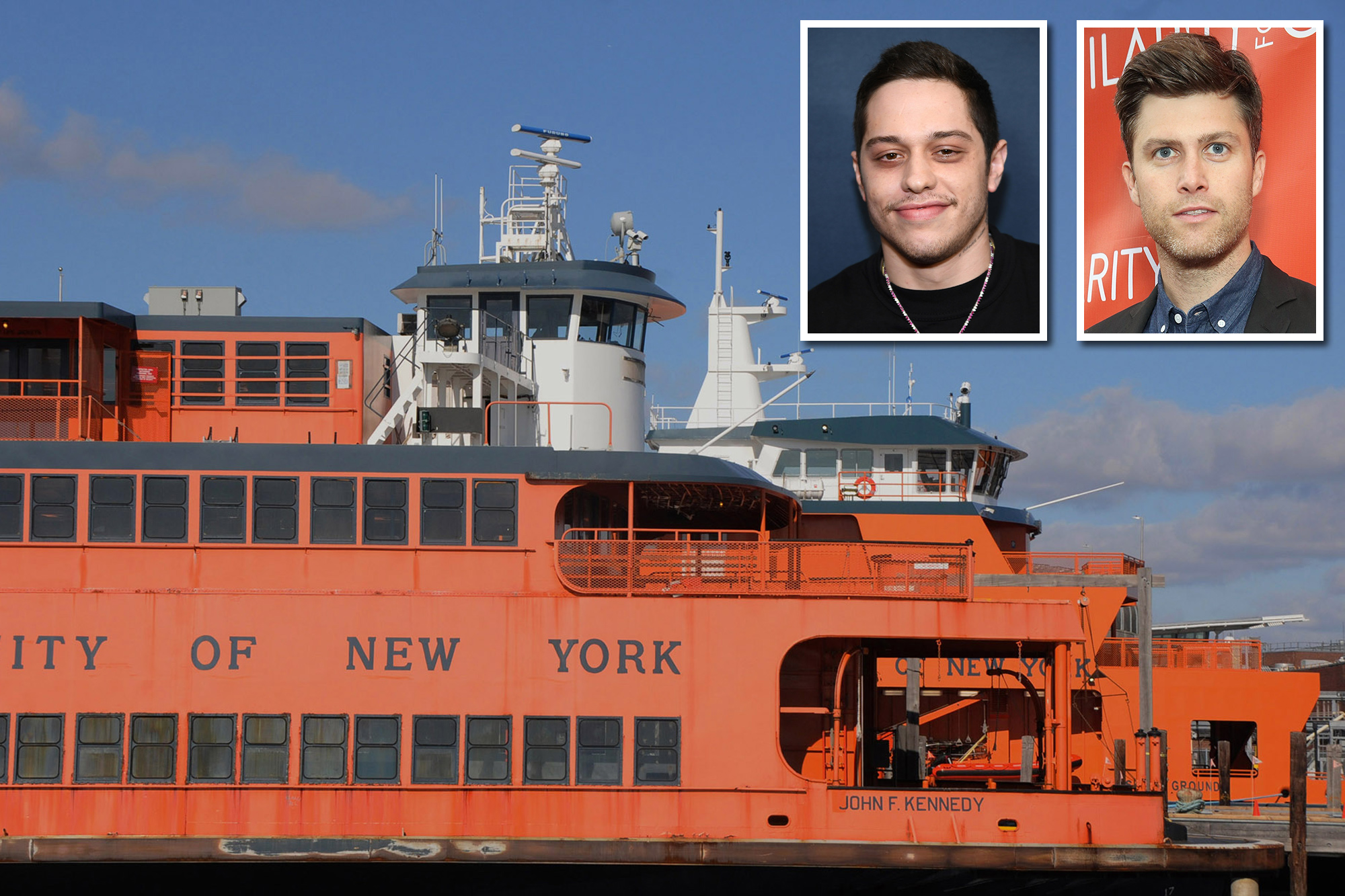 The Adams administration is giving “Saturday Night Live” funnymen Pete Davidson and Colin Jost extra time to find a docking spot for the retired Staten Island Ferry they want to turn into a comedy club, The Post has learned.

The massive John F. Kennedy — which the Staten Island born-and-bred stars purchased at auction on Jan. 19 for $280,100 — was still berthed Saturday on city property near the St. George ferry terminal — well past the 10 business days they were required to move it by.

However, comedy club owner Paul Italia, who is partnering with the SNL stars to remake the ferry as New York’s hottest comedy club, told The Post that City Hall is giving them an extension.

“They’re working with us,” he said Saturday. “They know it’s not an easy task, and they are being very helpful.”

The group wants to hire two tugboats and tow the ferry to a yet-to-be determined pier in Brooklyn or Staten Island, where it will sit throughout the renovations until a permanent home is found.

Italia said his group is negotiating with owners of several potential sites interested in having the 277-foot long, 2,109-ton vessel.

A City Hall source confirmed the city is providing the group extra time and help find a spot to dock. The boat was initially supposed to be moved by Feb. 2. The group and the city then settled in on a Feb. 4 pickup date, but now both sides said they hope to resolve the issue within the next week.

Although city rules call for items purchased at city auctions to be picked up within 10 business days, the city doesn’t typically penalize buyers for being late.

Adams previously told Davidson and Jost on Twitter he “loved” their plans, adding “let us know how we can help and we’ll be there for the maiden voyage.”

Beyond navigating waves of bureaucracy to secure permits, licenses and other approvals at various city and state agencies, the star-studded group should expect to shell out tens of millions of dollars to design and rebuild the ferry’s interior into an entertainment venue; and install a sprinkler system, emergency exits and other additions to meet fire and safety codes, according to planners polled.