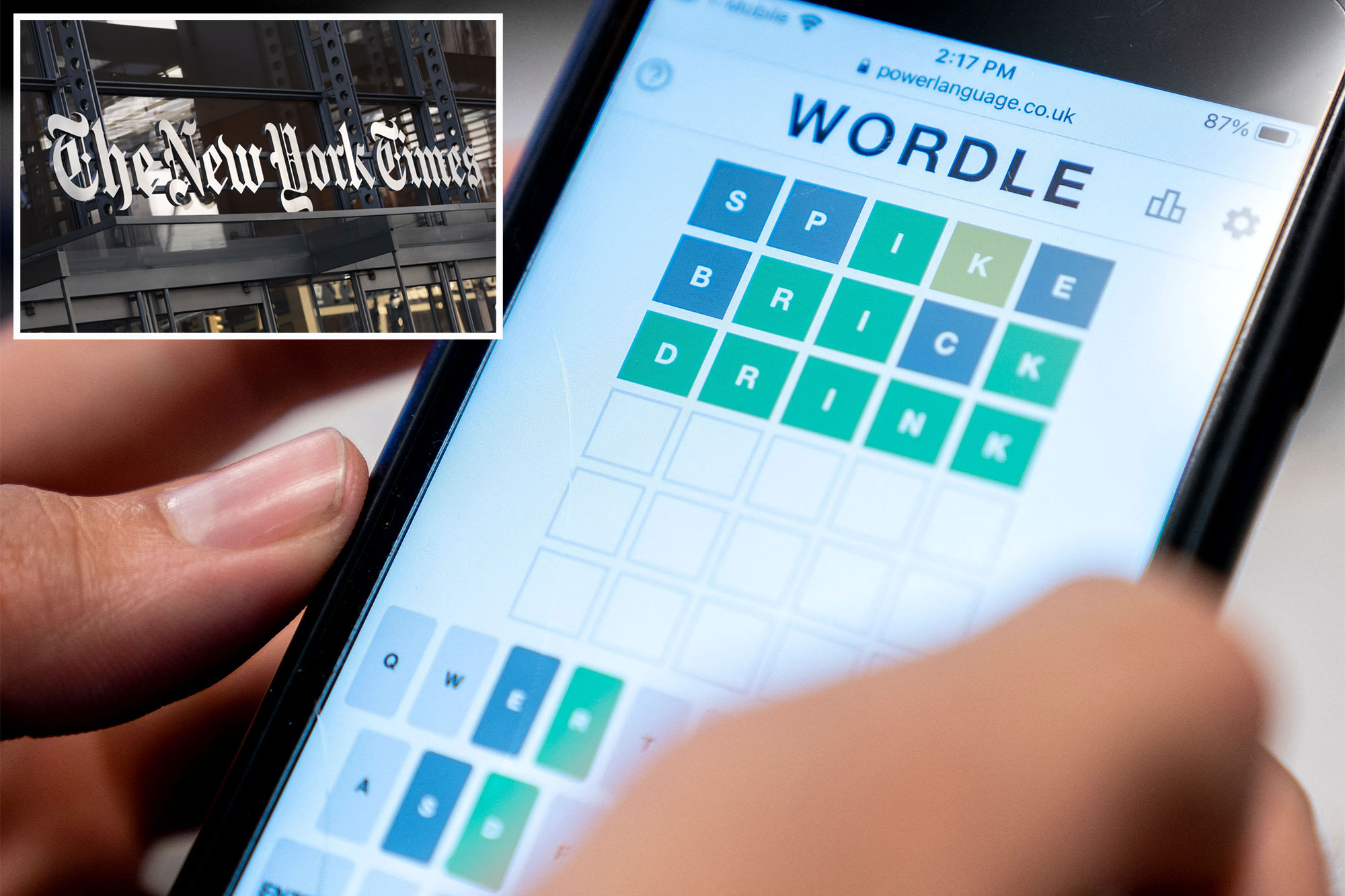 Some news leaves us without words.

Wordle — the addictive, five-letter puzzle phenom of this year — is being taken over by the New York Times for “an undisclosed price in the low seven figures,” the newspaper and Brooklyn-based creator Josh Wardle announced Monday afternoon.

The “Wheel of Fortune”-esque online game — in which players have six guesses to determine one new word each day — will be transitioning to the paper’s website and will reportedly remain free to play.

“The game has gotten bigger than I imagined,” Wardle said, adding that he was “thrilled” with the move. A timetable for the changeover was not released.

“I’d be lying if I said [running Wordle] hasn’t been a little overwhelming,” Wardle continued in making his announcement on social media.

Opened to the world last October, Wordle was initially made as a gift to Wardle’s partner, Palak Shah, and was originally intended to only be shared between them, according to an interview he did with the Times earlier this month.

“It’s not trying to do anything shady with your data or your eyeballs. It’s just a game that’s fun,” Wardle said about its innocent origins.

“After all, I am just one person, and it is important to me that, as Wordle grows, it continues to provide a great experience to everyone,” he added in his Twitter announcement, noting a concerted effort will be made “to make sure [players’] wins and streaks will be preserved” through the transition.

Wardle, who derived the game’s name from his own moniker, also reminisced on how five simple letters a day have affected millions worldwide.

“It has been incredible to watch a game bring so much joy to so many, and I feel so grateful for the personal stories some of you have shared with me — from Wordle uniting distant family members, to provoking friendly rivalries, to supporting medical recoveries,” he wrote.

Upon the announcement, Jonathan Knight, games general manager for the New York Times, said his team is “honored to help bring Mr. Wardle’s cherished creation to more solvers in the months ahead.”

The hit puzzle game Wordle has been acquired by the New York Times for a seven-figure agreement.Getty Images