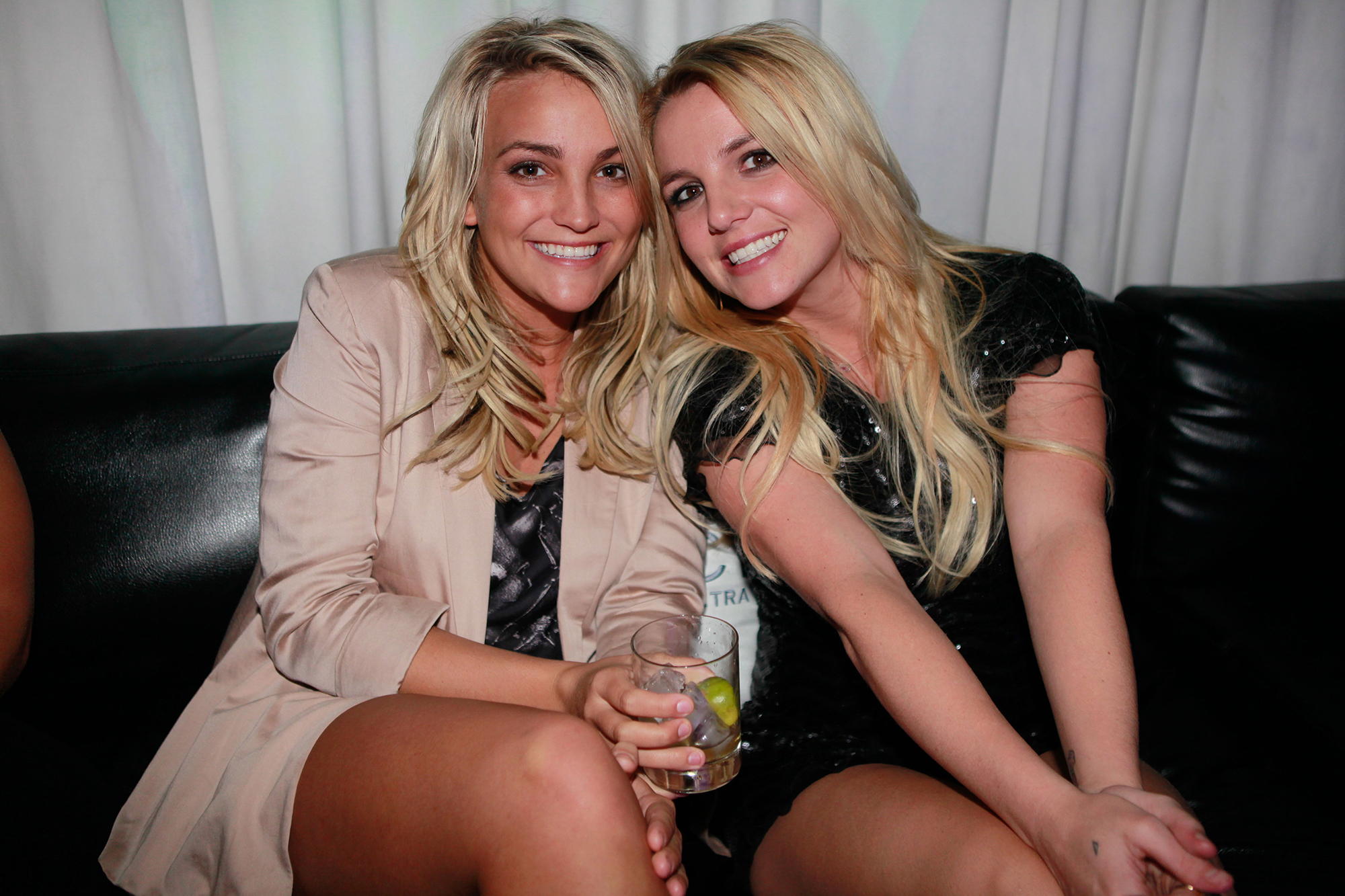 A “paranoid and erratic” Britney Spears once wielded a knife and locked herself in a room with her younger sister Jamie Lynn Spears, according to Jamie’s new memoir.

The frightening incident — which the younger Spears details in “Things I Should Have Said,” out this week — supposedly occurred in the aftermath of Britney’s quickie marriage to childhood friend Jason Alexander, and their subsequent annulment, in 2004.

“[Britney] said to me, ‘Baby, I’m scared,’ and took a large knife from the kitchen, pulled me along to my room, and she locked us both inside,” Jamie Lynn, 30, writes. “She put the knife in the bedside table drawer and simply repeated, ‘I’m scared.’ She needed me to sleep beside her . . . I knew something was very wrong, and I was powerless to do anything about it.”

(For her part, Britney denied the allegation in a Twitter post: “I’ve never been around you ever with a knife or would I ever even think to do such !!!” she wrote, addressing Jamie Lynn directly.)

“Things I Should Have Said” arrives amid a very public feud between the sisters. It started during the Free Britney movement and has continued through the subsequent end of the 13-year conservatorship — which also has the 40-year-old singer warring with their father, Jamie. Suffice to say, the family dynamic has seemed “Toxic.”

But things weren’t always so strained between Britney and Jamie Lynn. In fact, the actress writes that during her childhood, her older sister “became like a second mother to me. She was considerably older than I was, and she adored having the role of caregiver. Momma was wonderful, but my sister treated me like I was her very own American Girl doll.”

Jamie Lynn says that the pop superstar encouraged and supported her own career as an actress and performer, while fiercely protecting her. Britney even intervened on the set of “Zoey 101” — Nickelodeon’s early-2000s sitcom that starred Jamie Lynn — when her younger sister was having issues with co-star Alexa Nicholas.

“A very pregnant Britney came to the set to visit and have a chat with Alexa,” she writes. “Britney didn’t waste any time getting to the point. ‘Are you making fun of my sister? Telling lies and spreading rumors? You shouldn’t do that!’ Britney told her that she wouldn’t keep jobs if she continued to treat people that way. Alexa scurried away from the trailer.”

But the sisters grew up in a tumultuous home, with their dad Jamie’s drinking — “a lot and often,” writes Spears — and their mother Lynne not doing enough to protect them from it, according to Jamie Lynn.

In fact, Jamie Lynn was at the center of some family drama before she was even born: She was an “oops” — her word — after her father had a vasectomy but then forgot to go for his post-op checkup to make sure the procedure had worked. After Lynne found out she was pregnant with Jamie Lynn, “Momma didn’t talk to him for days, and she stayed mad for weeks,” she writes.

Their mother also always made it clear that Britney’s career was the most important thing in the family, which Jamie Lynn came to resent.

“I was taught to defer to Britney or behave in a way that made things easier for her,” she writes. “Momma said stuff like, ‘Come on, Jamie Lynn, we don’t want to upset your sister.’ . . . What complicated things even more was that Momma reveled in the attention that came with being Britney’s mother.”

There have been allegations of misconduct leveled against Dan Schneider, who created the show Jamie Lynn starred in, “Zoey 101.” Above, Schneider and Jamie Lynn in July 2004.Jeff Kravitz/FilmMagic, Inc

Britney and Jamie Lynn at “The Teen Choice Awards 2002” at the Universal Amphitheatre in Los Angeles. Getty Images

Still, Jamie Lynn stood by her sister, until Britney started behaving erratically after splitting up with Justin Timberlake in 2002. She writes that “Britney was looking to party away the pain of her breakup with Justin.”

And Jamie Lynn took the breakup hard too: “Plain and simple, I adored Justin. He wasn’t just my sister’s boyfriend . . . Justin was always so sweet to me, and his relationship with Britney was the only one in my life that gave me a sense of stability . . . from my perspective, they adored each other and made me a part of their relationship in the best of ways.”

Things only got worse for Britney when she reconnected with Alexander in the aftermath of the breakup. They would eventually go off to Las Vegas together for New Year’s Eve in 2003.

“I just knew this was a bad idea. Something was way off with her,” writes Spears. “The last thing I said before she left was, ‘Now don’t go and marry Jason while you’re there, Britney!’ She rolled her eyes at me and said the equivalent of ‘as if.’ But sure enough, within hours we got word that in a haze of substance she had married him.”

Tying the knot just four hours into 2004, Britney and Alexander didn’t stay married for long — 55 hours to be exact — after her parents forced them to get an annulment. “The marriage had ended within hours,” Spears writes, “but the chaos of my sister’s life was just beginning.”

As controversy swirled around Britney, the sisters drifted apart. In fact, when Jamie Lynn became pregnant at 16 with daughter Maddie, she wasn’t even allowed to tell Britney. “[My team] went so far as hiding my pregnancy from my sister, claiming, ‘It’s too risky to tell Britney about the baby,’ ” she writes. “I needed her more than ever, and she wasn’t able to help me in my most vulnerable time. Britney’s condition was spiraling into something more concerning. They were concerned her instability at that time made her untrustworthy.”

But Britney would eventually find out about Jamie Lynn’s pregnancy through an article in the press. “To this day, the hurt of not being able to tell my sister myself lingers,” she writes

Conservatorship got Britney ‘the help she needed’

The public feud between the sisters started during the Free Britney movement. Jaime Lynn was on ABC to promote her new memoir.ABC

When Britney’s conservatorship started in 2008, Jamie Lynn believed that it was the right thing for her sister. “Britney’s behavior became more unstable until it all came to a head,” she writes. “With the support of my parents, Britney got the help she needed.”

And, for a time, the conservatorship helped bond Britney and her father Jamie. “They stayed sober together, and seeing my father put Britney’s needs ahead of his own desires helped my old resentments fade,” writes Spears. “For a period of time, the conservatorship mandated that Britney be drug and alcohol tested on a regular basis. My father volunteered to do it with her in solidarity.”

But today, that solidarity seems to be missing from the Spears family. “We are supposed to have each other’s back,” Britney tweeted about Jamie Lynn on Saturday. Still, there may still be hope yet for the sisters, with Britney also tweeting that, “All I know is I love you unconditionally.”