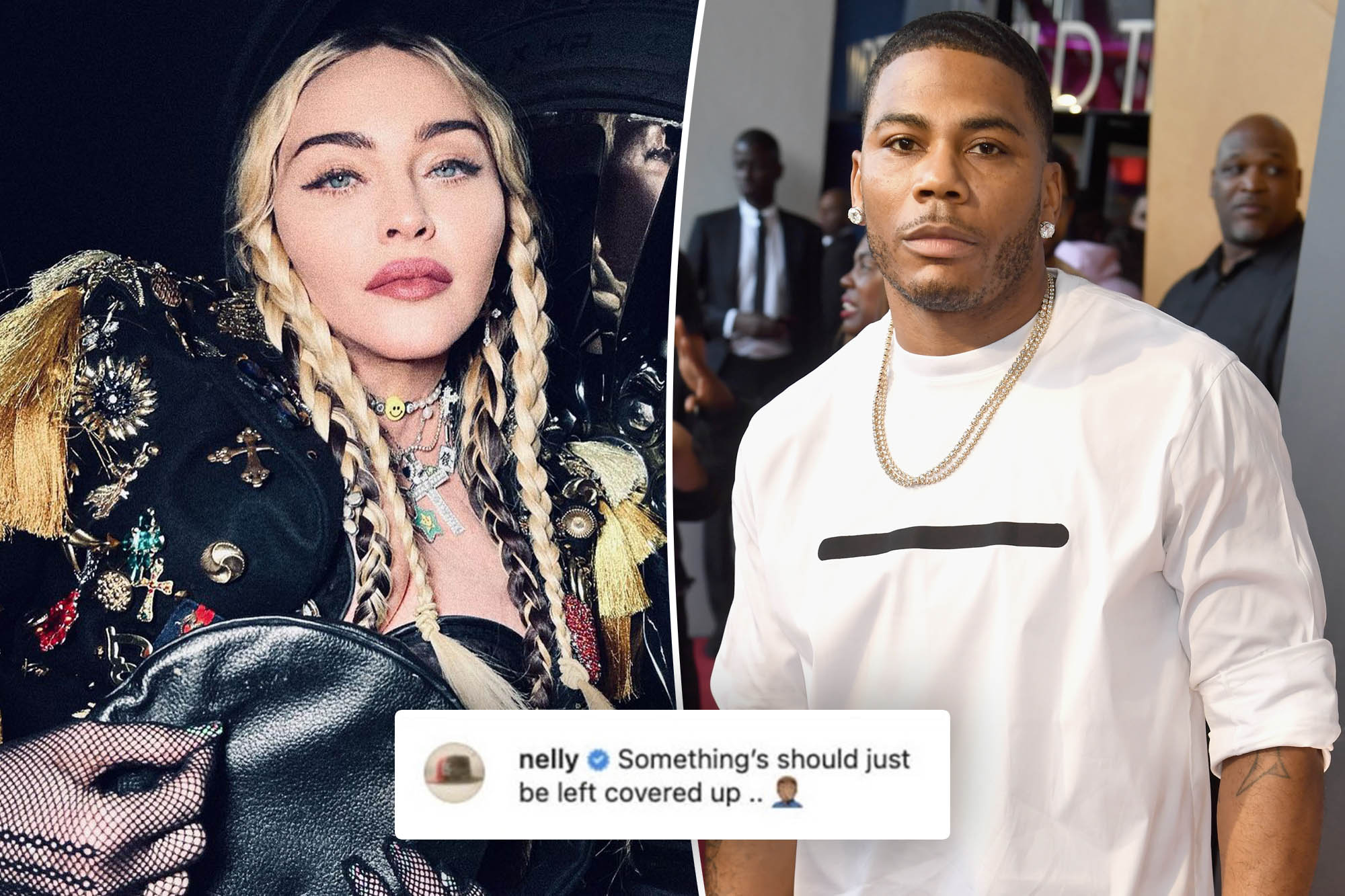 Nelly has been slammed for commenting on a series of risqué photos posted by Madonna, suggesting that the Queen of Pop “cover up.”

The “Lil Bit” rapper, 47, wrote, “Some things should be covered up,” when he jumped into the comments section of the singer’s post last week.

Fans of the “Vogue” hitmaker, 63, were quick to come to her defense over the snaps, which showed her rocking black lingerie, fishnet tights and an embroidered jacket.

“All of these negative comments are f–king disgusting. Like do you hear yourselves? It’s 2022. This is a 63-year-old woman who is literally more successful than all of you and has enough life experience to make her own decisions when it comes to her image,” one fan commented on Madonna’s snap, which she simply captioned, “car trouble.”

The follower continued, “None of y’all would have the gall to say any of this s–t to her in person, and if you did her bodyguards would remove you real quick cause oh wait… she’s acclaimed and rich enough to afford bodyguards lol.”

Nelly was swiftly criticized for his pointed comment on her snap.FilmMagic

Another fan chimed in, “y’all should really be looking at YOURSELVES and asking why the f–k u tryna cyber bully this person for the way she looks? It’s gross and giving boomer energy. @nelly this message is for you too.”

Madonna also rocked a black cap while posing with a luxury car.Instagram/ Madonna

A third follower quipped, “If a writer of songs like ‘shake ya tailfeather’ and ‘it’s getting hot in here so take off all your clothes’ gets triggered by Madonna’s ass photoshoot, just know dude, we’re laughing at your hypocritical BS. Don’t sing about girls getting naked, then criticize it. Petty.”

This isn’t the first time a male celeb has publicly shamed Madonna for her Instagram photos.

The “Like A Virgin” singer is no stranger to sharing daring snaps of herself on social media.Instagram/ Madonna

Rapper 50 Cent recently mocked another set of her risqué lingerie snaps, commenting, “yo this is the funniest s—t LOL. That’s Madonna under the bed trying to do like a virgin at 63. She shot out, if she don’t get her old ass up.”

The Queen of Pop promptly clapped back, sharing a throwback picture of the pair posing together on the red carpet in 2003.

“Here is 50 Cent pretending to be my friend,” she wrote on her IG story.

“Now you have decided to talk smack about me. I guess your new career is getting attention by trying to humiliate others on social media. The least elevated choice you could make as an artist and an adult.”