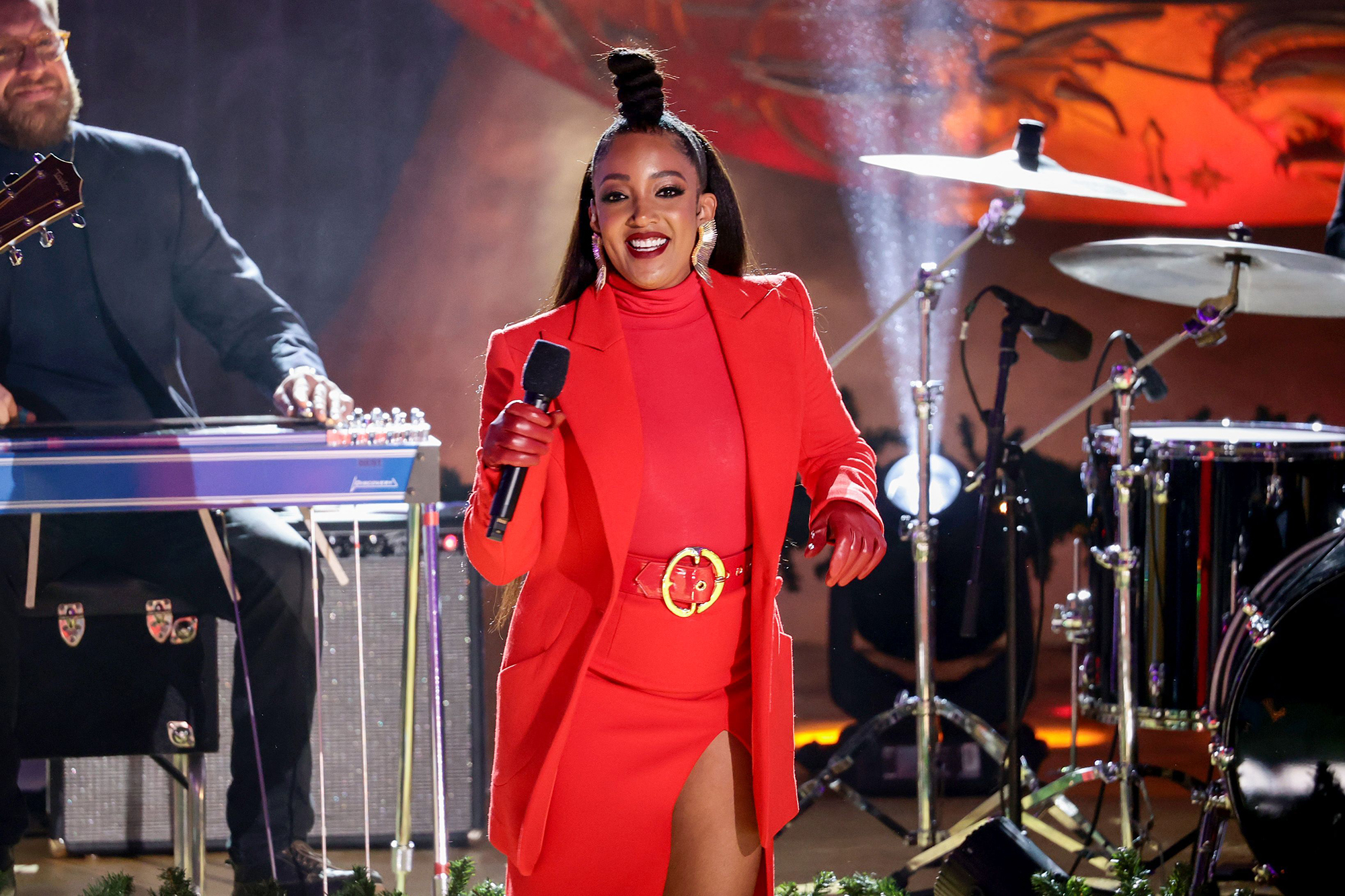 Grammy-nominated singer Mickey Guyton will perform the national anthem at the 2022 Super Bowl at SoFi Stadium.

“Look at God. I am shook, I am grateful, I am praise dancing… So excited to be singing the national anthem at #SBLVI on February 13th,” the Texas-born country star wrote on Twitter with clapping emojis.

The 38-year-old “Black Like Me” singer will be accompanied by other talents in the pregame ceremonies. R&B singer and Grammy nominee Jhene Aiko will perform “America the Beautiful,” gospel act Mary Mary will perform “Lift Every Voice and Sing,” accompanied by the Youth Orchestra of Los Angeles and DJ Zedd will act as the official pregame emcee.

The Super Bowl has a history of attracting the best of the best singers to begin the game, including the likes of Demi Lovato, Mariah Carey, Beyoncé, Lady Gaga and, most famously, Whitney Houston.

The Los Angeles Rams will play the Cincinnati Bengals in Super Bowl LVI, which will be held on Feb. 13, 2022, at SoFi Stadium in Inglewood, California.