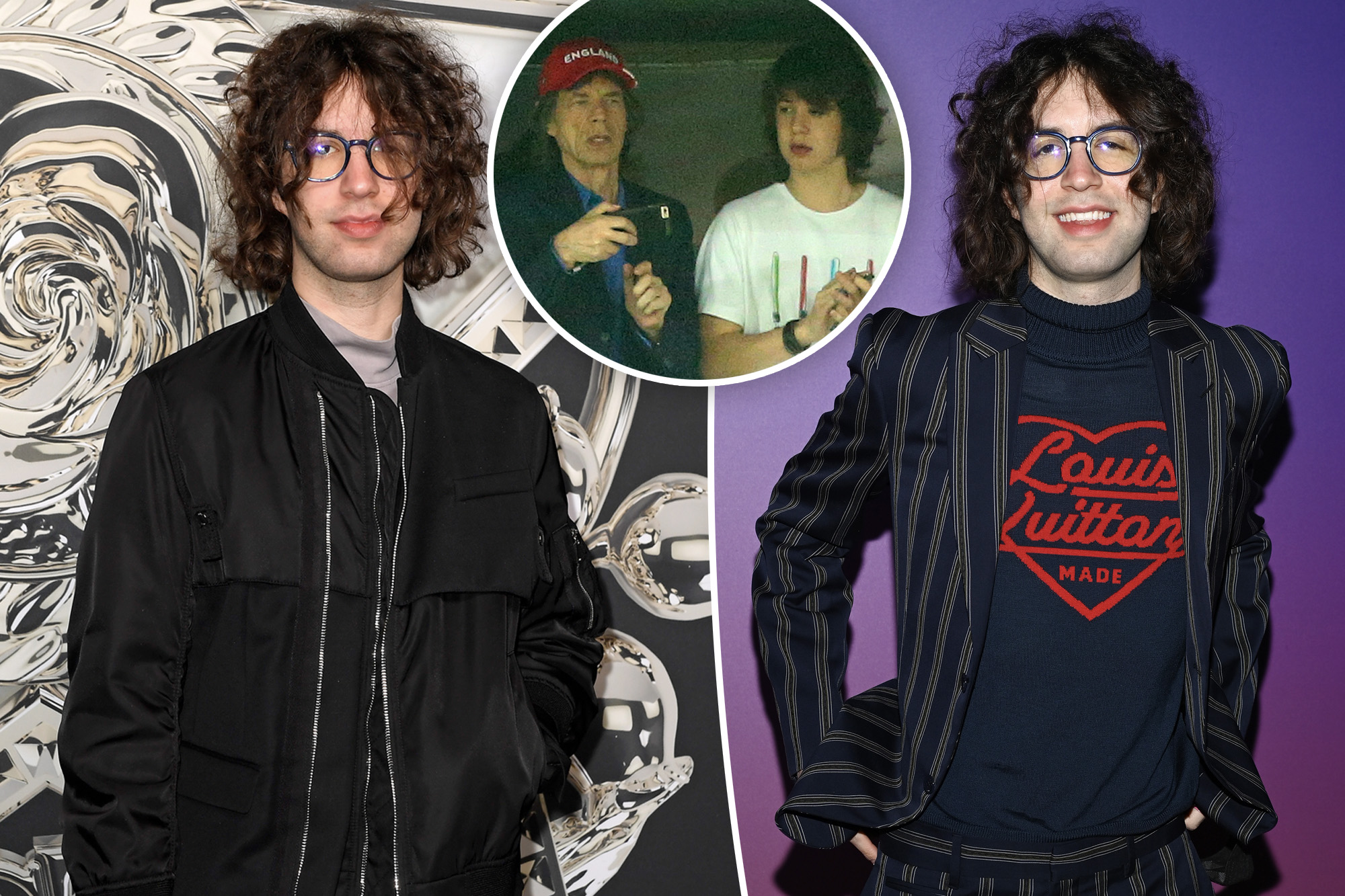 At Friday’s Dior presentation, the young star showed off his rocker-chic curls and red nail polish, pairing a black bomber jacket over a lilac turtleneck and black pants.

And for Thursday’s Vuitton show, he layered a pinstriped suit over a logo sweater.

Jagger appears to be following in mom Luciana Gimenez’s footsteps as a model while also taking style cues from his legendary dad.

Half-sister Georgia May Jagger is also a catwalk fixture, though she has not made an appearance in Paris this season.

Lucas wasn’t the only star spotted at two of the biggest shows of the week; Louis Vuitton staged a two-day event to unveil the late Virgil Abloh’s eighth and final collection for the fashion house, following his death in November.

Naomi Campbell, Venus Williams, Victor Cruz and J. Balvin were among the famous faces in attendance.

He sported a Louis Vuitton sweater underneath a pinstriped suit for the brand’s show on Friday.Getty Images

But the true stars of Paris Fashion Week have been Julia Fox and Kanye West, who made their red carpet debut as a couple in matching denim at Sunday’s Kenzo show — and turned up in coordinating black leather for the Schiaparelli presentation on Monday.