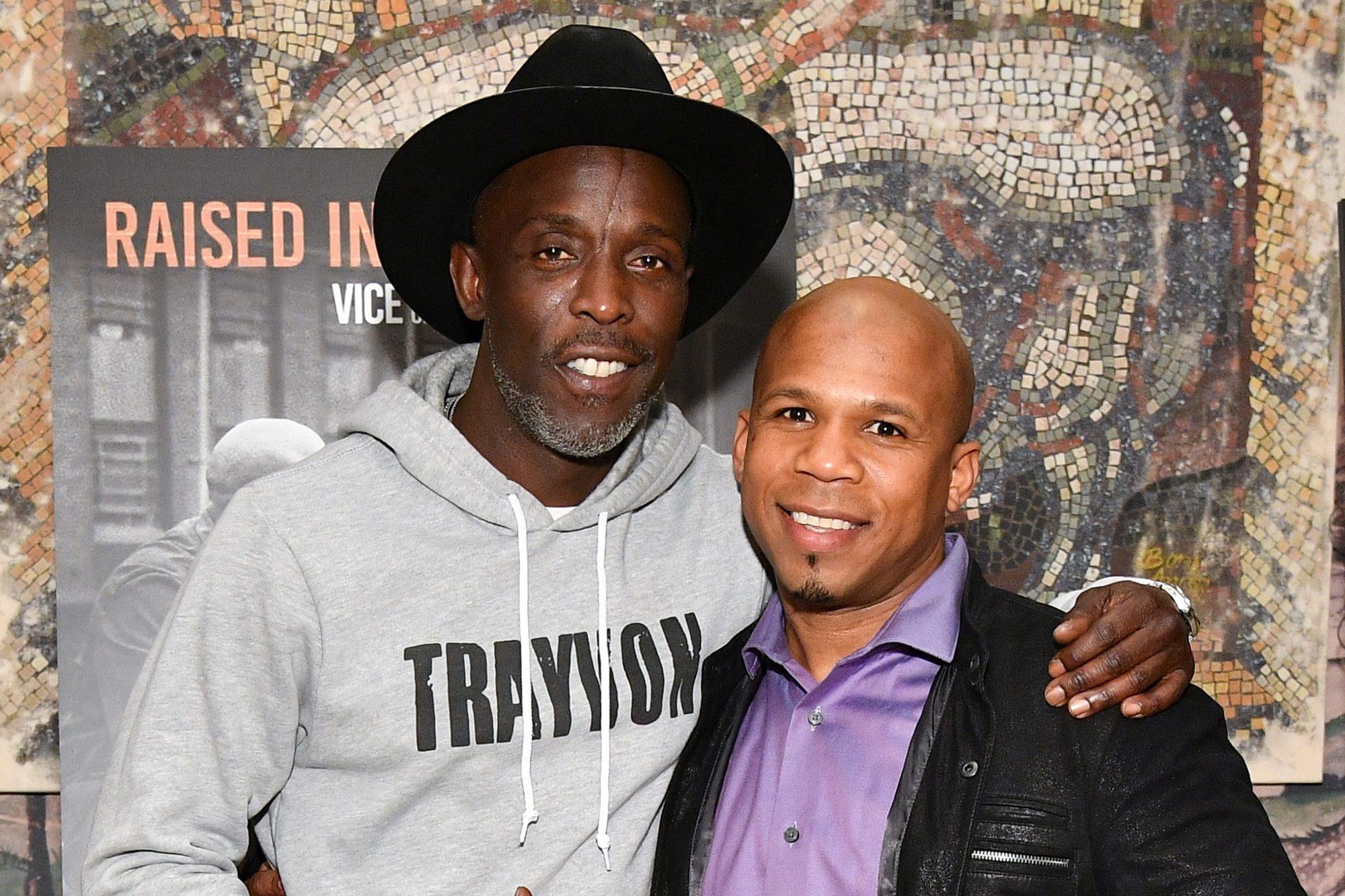 In a preview of the interview, Dupont tells hosts Jada Pinkett Smith, Willow Smith and Jada’s mother, Adrienne Banfield Norris, that he hadn’t heard from “The Wire” actor on that September day and decided to go to his house to check on him.

“I went upstairs, opened up his door, it was quiet. Michael always played music. That wasn’t the case,” Dupont recalled.

“I stuck my head in and said, ‘Uncle Mike, are you in here?’ And I observed him… deceased. I immediately called 911 and they said, ‘Listen, do you want to start some compressions?’ And I said, ‘I’m telling you … he’s deceased. He’s gone. He’s cold,” Dupont said.

“I immediately called 911 and they said, ‘Do you want to start compressions?’ And I said, ‘I am telling you… he’s deceased. He’s gone. He’s cold,” Michael K. Williams’ nephew, Dominic Dupont, says in a preview of “Red Table Talk.”Getty Images for ABA

Dominic Dupont (L) and Michael K. Williams attend the “Raised In The System” Pre-Screening at the Whitby Hotel in 2018.WireImage

Williams’ cause of death was acute intoxication from a deadly mix of fentanyl, p-fluorofentanyl, heroin and cocaine, a spokeswoman for the Office of the Chief Medical Examiner said.

Four men remain behind bars in New York City for allegedly selling the actor fentanyl-laced heroin. They’re due back in court for a hearing on June 10, Judge Ronnie Abrams said.

Comedian Kate Quigley, who survived fentanyl poisoning that killed her three friends, including Fuquan Johnson, will also appear on the upcoming episode.

The episode will stream on Wednesday at 12 p.m. ET on Facebook Watch.

Yumi Nu ‘shaking’ over SI Swimsuit cover reveal
The complete list of your favorite network shows returning in fall 2022
We use cookies on our website to give you the most relevant experience by remembering your preferences and repeat visits. By clicking “Accept All”, you consent to the use of ALL the cookies. However, you may visit "Cookie Settings" to provide a controlled consent.
Cookie SettingsAccept All
Manage consent