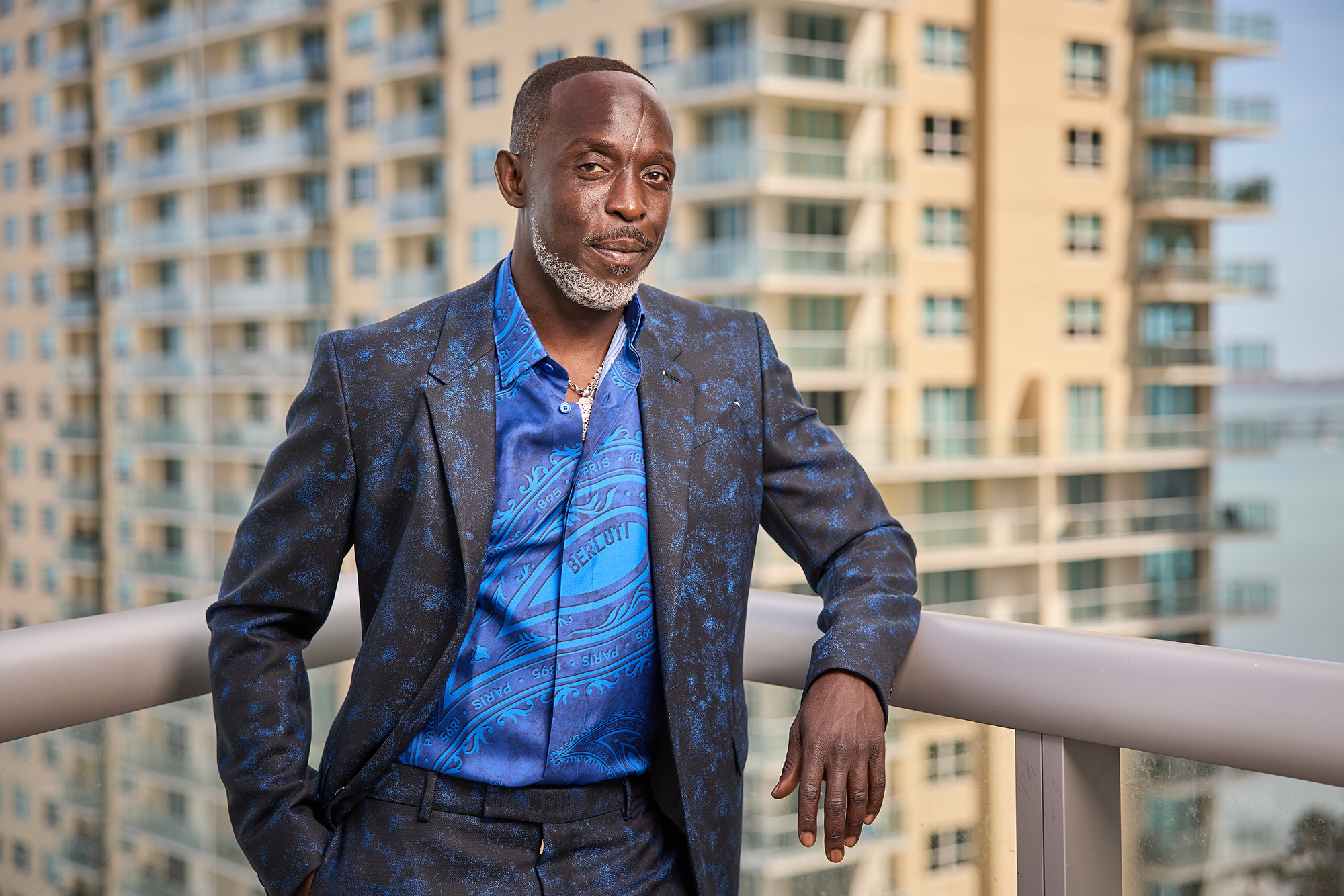 The late Michael K. Williams, who died in September at age 54, is the best part of the new movie “892” — the “Wire” actor’s final film role.

The edgy Williams is perfection as a crisis negotiator during a dangerous standoff. As his character Eli attempts to diffuse a hostage situation, he is measured, conversational and, most vitally, believable. Everything he says on the phone to the captor, whether true or not, the man believes — and so do we.

Otherwise “892,” which had its world premiere in the Sundance Film Festival, is a predictable movie we’ve all seen many times before: a hostage thriller in which the robber is sympathetic. Hardly shocking the guy’s likable considering he’s the main character.

What sets the drama apart is that it’s based on the true story of Brian Brown-Easley (John Boyega), a 33-year-old Iraq War veteran who walked into a Georgia Wells Fargo one day in 2017 with a bomb and a demand that the VA give him some money he’s owed. As Brown-Easley was black and a financially struggling vet, there is naturally more social relevance here than in “Hostage” starring Bruce Willis.

Even so, all hostage flicks are kissing cousins.

John Boyega stars in “892” in the 2022 Sundance Film Festival. Courtesy of the Sundance Institute

The tried and true tactics used by the two women stuck with Brian in the bank — Estel (Nicole Beharie) and Rosa (Selenis Leyva) — to survive are obvious: repeat their names and the names of their kids over and over again, say they are on his side, tell personal stories, etc.

A more unique part of the movie comes when Brian gives an interview to Lisa Larson (Connie Britton), a producer at a cable news network, to tell his side of the story. He says he is owed money, which he wants to use to support his ex-wife and daughter. He doesn’t want the bank’s cash — he wants the government to finally give him what’s rightfully his.

All of the actors are terrific. Boyega sheds his “Star Wars” armor and convincingly transforms into a desperate man who’s snapped. His intense performance serves as a reminder that galaxies far far away do not make for the best acting showcases.

Beharie, though her role is written in a rather cliched manner, also makes a strong impression as a manager who tries to keep her cool.

“892,” though, suffers from the same issue that last year’s “The Guilty” starring Jake Gyllenhaal did. Director Abi Damaris Corbin’s film feels hampered by the pandemic with just a few breezy rooms and actors kept far apart from each other. Phone calls for days. The distant setup feels not by design, but by necessity.

For all the movie tries to do and say, the most emotional moment comes during the end credits: “In loving memory of Michael Kenneth Williams.”