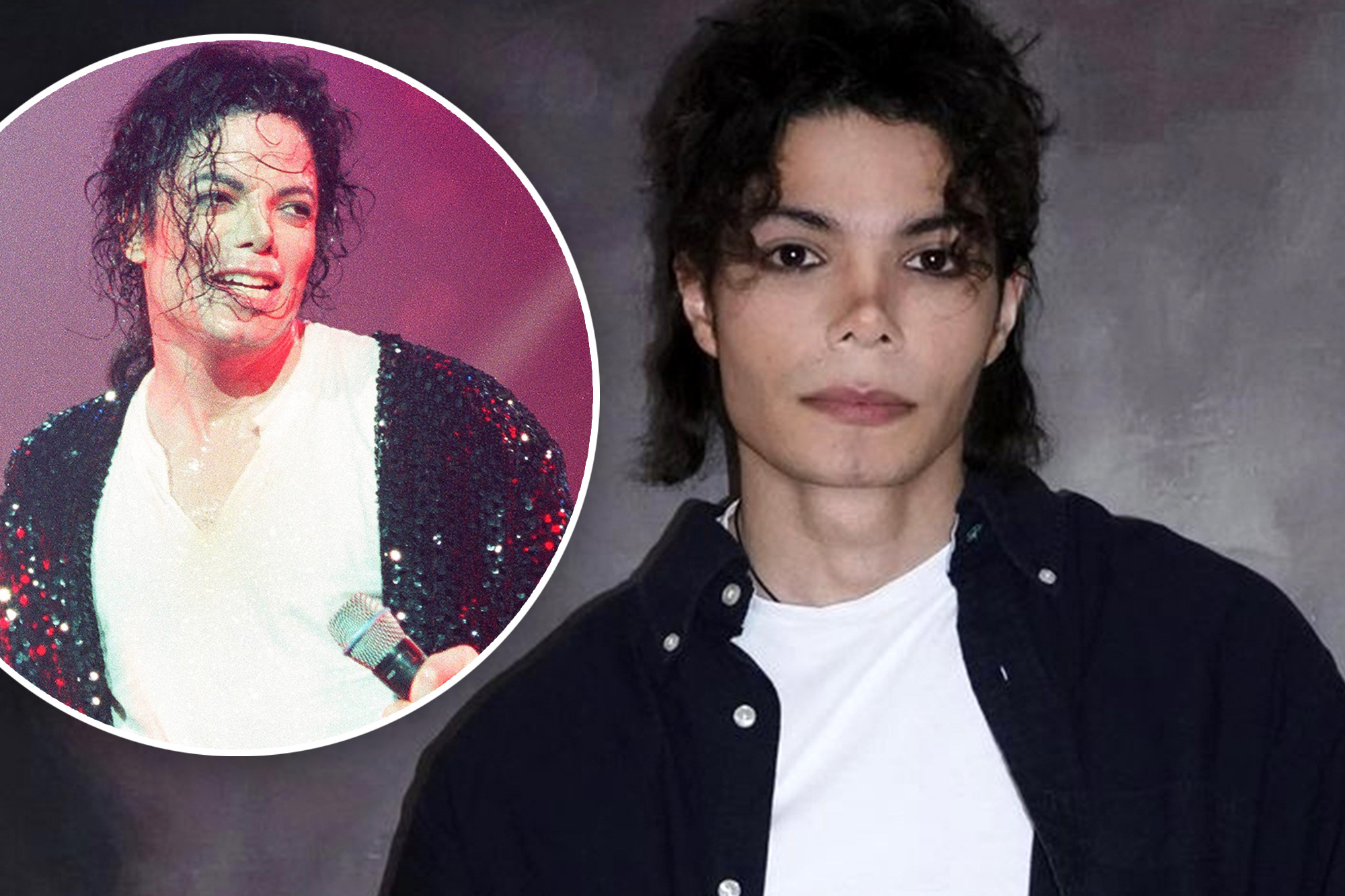 He insists that Billie Jean is not his mother.

A Michael Jackson impersonator is clapping back at trolls who accused him of undergoing plastic surgery to resemble the late King of Pop — by sharing throwback photos that prove he has always been a Jacksimile. A compilation of the MJ look-alike’s childhood pics boasts a whopping 1.7 million views on TikTok.

Social media star Jackson reportedly started looking like the “Bad” artist when he was just 11, which resulted in gawkers comparing him to the Gloved One throughout high school and college.

“I was bullied at school because I looked so much like Michael,” lamented the “Thriller” singer’s doppelgänger. He added that trolls have even labelled him a “fake” who used cosmetic procedures to evoke the icon.

However, these detractors were proven wrong by Jackson’s TikTok clip, which features four pics of the singer over the years from adolescence to young adulthood. In all of them, Jackson is a near dead-ringer for the Rock & Roll Hall of Famer, suggesting that he’s just got the Billie gene.

“As you can see from my video, nothing has changed in my looks,” the smooth criminal explained. “I’ve just grown up, my jaw has got wider, my teeth have shifted, my eyes are still the same and, yes, I still have my long hair like Michael.”

Fabio as a youngster@fabioj777/News Dog Media

TikTok fans were agog over the resemblance.

“Let me just say you are the absolute closest to looking like Michael Jackson on the natural tip that I have ever seen … nothing fake about you,” added another.

A jokester wrote, “So what you’re saying is your mom is Billie Jean.”

Fortunately, it appears that the influencer has since embraced the man in the mirror.

“I’m shy in the real world, but I love performing and dancing like Michael,” said Jackson, who frequently shares videos of himself parroting the deceased celeb’s signature dance moves to his 430,000 followers on TikTok.

The King of Pop-pelgänger continued, “When people look at me, they see this famous face, so I have to balance it out and try to be a good influence to the world.”

Jackson says that the Gloved One has been like a “teacher to me.”@fabioj777/News Dog Media

Jackson has also become quite adept at “Thriller”-kicking haters to the curb, explaining, “I’m not going to do anything when people are mean to me online.” He theorized that the mud-slingers are just jealous, given the vast amounts of people who wish they looked like Mike, News Dog Media reported.

In fact, the trolls should be thankful they weren’t messing with fellow MJ impersonator and pro wrestler Santana Jackson, who redefined “beat it” when he, in full MJ garb, choked a belligerent man unconscious in Las Vegas last month.

Jackson is ultimately glad that he resembles the late pop star, whom he says has been like a “teacher to me.”

“I appreciate the man and the way he tried to do so much for the world,” Jackson said.

Tamar Braxton Has A Message For Some Men In The Streets: ‘You Are Not A Player!’
The true story behind Netflix’s ‘Tinder Swindler’
Comment